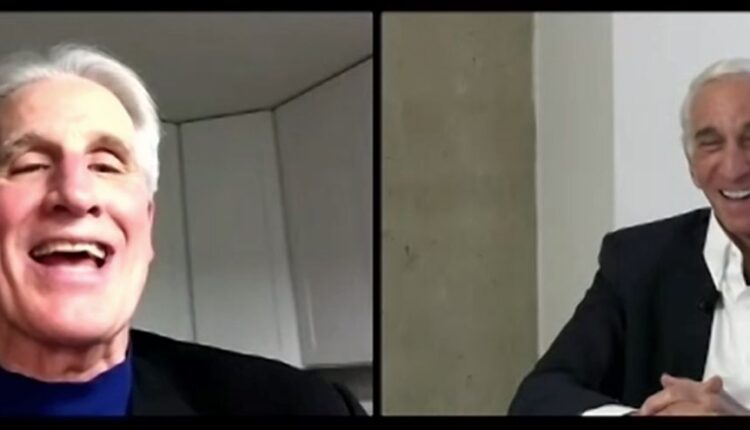 The Dallas-Fort Worth retail property market is set to bounce back from 2021, but landlords need to help tenants, experts said at the annual Weitzman conference.

That’s a decrease from a 93.7% occupancy rate in 2019, he said Thursday during Weitzman’s annual D-FW Forecast, which has been a well-attended in-person event in January for years. This year it was a socially distant webinar.

Malls that have lost tenants due to COVID-19, rather than because they are the weakest properties in the market, will bounce back when entrepreneurs and stronger chains regain trust and essentials, said Peter Linneman, director of Linneman Associates and former longtime professor of real estate at the Wharton School of Business at the University of Pennsylvania.

Malls “can hobble for two, three, four years,” but landlords have to wait for entrepreneurs to recover, Linneman said. It may not be the same pizza place, but there will be a new one instead of the old one, he said.

“I will always choose the best retail properties in town,” he said. While there hasn’t been much consumer inflation in the last decade, Linneman said, wealth inflation has been high and will continue to do so after the pandemic ends.

Linneman was interviewed during the event by Herb Weitzman, the CEO of his Dallas-based commercial real estate company.

Herb Weitzman, chairman of the board of directors of Dallas-based commercial real estate company Weitzman (right), interviews Peter Linneman, professor of real estate at the University of Pennsylvania’s Wharton School of Business. Weitzman’s personal D-FW forecast was a webinar on January 14th this year.

Despite the pandemic, 2020 was the eighth year in a row with an occupancy rate of over 90%. But it was also pushed by 4 million square feet of new vacancies, Young said.

The record surge in vacancies is one that “we hope we never see it again,” he said, adding that it was the worst year for leasing as demand dried up and stores, restaurants, dry cleaners, Cinemas and other shops were closed.

Bouncebacks are relative and will likely be higher in D-FW than in many other cities, the experts said.

Young said the company’s forecast for 1 million square feet of absorption in 2021 is one of the lowest ever, and new build will also be low this year at 1.4 million square feet. Utilization will end the year at 92.5% and climb to 94% in 2022, he said.

Malls with at least one large box anchor also lost ground due to the bankruptcies of Stein Mart, Bealls, 24 Hour Fitness and JC Penney, which closed their only business within Dallas city limits at Timber Creek Crossing.

In addition to a researcher, Weitzman is one of the largest retail real estate landlords in Texas.

Young said the company can keep 96% of its 3,500 tenants by working with them in innovative ways. For example, it has been successful in helping tenants without a digital presence to go online. A mom and pop restaurant saw sales increase 20% year over year after the company rolled out digital marketing.

After 30 years in business and four major down cycles, the company has learned “you need to keep the retailer in place,” said Young. “Today that means giving them more than just a great stationary location.”

D-FW is reflecting a trend toward fewer new builds in retail outlets across Texas and the United States driven by limited anchor expansions, conservative lending standards, rising construction costs and smaller retail projects, Young said. The average size of a new retail project in 2020 was 70,900 square feet, down from 125,000 square feet a decade ago.

These trends and population growth are helping to reduce our rentable retail space per capita. This metric shows that America is superimposed compared to other countries.

And D-FW is one of the most oversold markets in the US, Young said, with 26.5 square feet of retail space per person. That’s less than 28 square feet a decade ago and now more in line with national averages, he said.

E-commerce converges with stores, and that will continue, the experts said.

Has it harmed retail? It’s not for the three main reasons, Linneman said. “What hurts more is unimaginative operators, excessive leverage and no margin of error.”

Weitzman asked Linneman about the impact private equity investing had on retail businesses, as several of the 2020 retail bankruptcies were chains weighed down by leveraged buyout debt.

Private equity firms like to say that their investment works great when it works, he said. “But it’s hard to get it to work if you don’t put your money back into the business.

“You can get away with this for a year or two,” Linneman said, “but the ones who are sad are the retailers who have a viable opportunity, but then they just lose it.”

Are you looking for more retail coverage? Click here to read all retail news and updates. Click here to subscribe to D-FW Retail and other newsletters from The Dallas Morning News.

admin 55 mins ago
Marketing for Agents