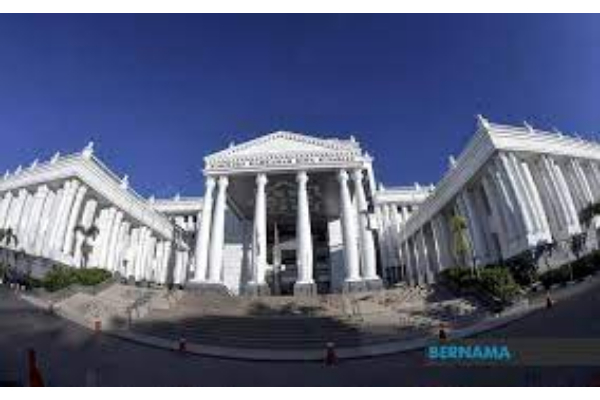 Kota Kinabalu: A Chinese shopkeeper and shop manager were fined RM 1,800 or two months in jail each Wednesday by the district court for using imitation weapons in the past year. Shop manager Voon Chui Yun, 32, and shop owner Chen Saihua, 38, pleaded guilty to having had several types of imitation weapons in the Remax store of the ITCC complex in Penampang on October 27, 2020 at 3 p.m. They were jointly indicted under Section 36 (1) of the Weapons Act of 1960, which provides for a prison sentence of up to one year or a fine of up to RM 5,000 or a fine or both after conviction.

Judge Jessica Ombou Kakayun heard from prosecutors that police had ransacked the premises after suspicion of selling counterfeit weapons and seized various types of items. A report from the Armaments Department at Police Headquarters confirmed that all items confiscated were functional and resembled real weapons, but were not dangerous. Attorney Batholomew Jingulam, who represented Voon and Chen, demanded that they not be detained and that they be willing to pay the fine, including on the grounds that it was their first offense, and cooperated with the police investigation. Batholomew said the imitated arms were toys.

He said business was not going well due to the MCO and Covid-19 pandemic and that a friend of Voon asked her to sell the toys and she only agreed to supplement her badly affected income. The items weren’t even on display and were kept in a box and not a single one was sold, Batholomew said, adding that he believed Chen had no knowledge of the toys but that he was implicated as the owner of the store. The court heard that Voon and Chen were in custody for three days and ten days, respectively, and that the time spent in custody was also a form of punishment for them, Batholomew said. The court also ordered that the confiscated items be disposed of by the public prosecutor.

BentallGreenOak Announces Its BGO Diversified U.S. Property Fund Is Among the First Open-end, Diversified, Core Equity Real Estate Funds to Become a Signatory to the Principles for Impact Management