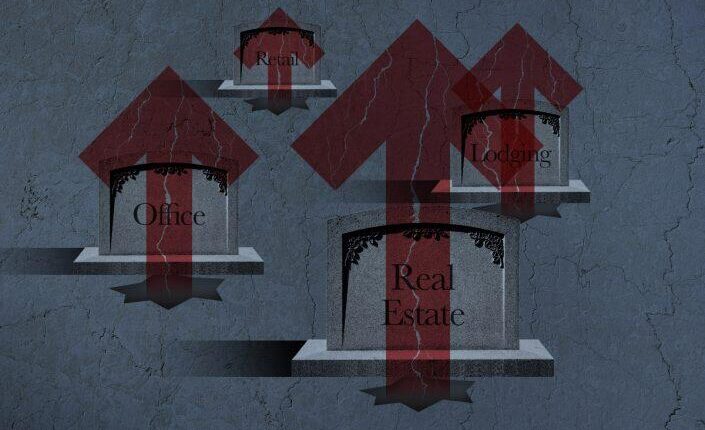 2021 Was A Comeback Year For Many Real Estate Stocks

It’s been a profitable year to invest in real estate stocks unless you bet on some newer public names at the intersection of real estate and technology.

Stock traders who relied on seasoned landlords at the bottom of the pandemic saw significant returns in 2021, even in the hardest-hit office, housing and retail segments.

While lower quality retail stocks continued to struggle, Class A malls and malls landlords made a comeback after a devastating year that closed many of their properties. Macerich’s share price rose more than 60 percent in 2021, while Simon Property Group’s price nearly doubled, returning to pre-pandemic levels.

“We have overcome the arbitrary shutdown of our business due to the pandemic and our cash flow has recovered dramatically, which many have doubted,” said David Simon, chairman and CEO of Simon Property Group, on a conference call in November.

The stock performance of office and hotel companies was more subdued, but still strong. For example, office rental companies Boston Properties and SL Green both posted gains of more than 20 percent this year, while leading lodging companies such as Marriott International and Host Hotels saw gains of 32 percent and 24 percent, respectively. At the end of the year, the short-term prospects for both segments are mixed up, as the Omicron variant delays any expected “return to normal” indefinitely.

Multi-family and single-family landlords benefited from the imbalance between supply and demand on the national housing market. Essex Property Trust and AvalonBay Communities on the apartment side, and Invitation Homes and American Homes 4 Rent on the single-family side, all posted increases of around 50 percent or more this year.

The two largest real estate investment managers in the world – Blackstone and Brookfield Asset Management – outperformed the market significantly in 2021. Blackstone’s share price more than doubled over the year, while Brookfield’s stock rose 54 percent to close near an all-time high.

However, not all stocks associated with the hot houses and rebounding commercial markets flourished. Compass’ IPO in the spring was 30 percent below its original target, and the brokerage house’s stock had lost about half its value by year-end. The company posted a net loss of $ 100 million in the third quarter as spending skyrocketed and a longstanding argument with tech entrepreneur Avi Dorfman over his role in starting the brokerage company was resolved.

Each of the iBuyers – companies like Zillow and Opendoor, who make algorithm-based instant offers for single-family houses, which they then renovate and turn around profitably – were duds on the stock market this year, with declines of around 40 percent or more. Zillow closed his iBuying business in November citing the unreliability of its home price forecasting model, which resulted in thousands of homes being overpaid, causing its inventory to tumble.

Offerpad, another iBuyer that went public in September via a SPAC merger valued at $ 2.7 billion, rose in its early days in the market before returning to Earth. The stock has fallen by around 35 percent since trading began.

New entrants in proptech were a mixed mix. Both SmartRent, the smart home automation company that went public in August through a $ 2.2 billion SpaC merger, and Procore, the construction management platform that raised $ 635 million this spring Dollar brought in on an IPO, ended the year in the red after a volatile first few months of trading.

Douglas Elliman, the broker who started trading on December 30th after spinning off from Vector Group, crowned a turnaround year. Elliman’s split from Vector’s tobacco business should convince ESG-conscious real estate investors looking to get involved, analysts said. The share gained more than 21 percent on the first day of trading.

The Global Commercial Real Estate Market is expected to grow by $260.37 bn during…

Fairfax County warns budget could be ‘challenging’ due to slowing real estate market,…