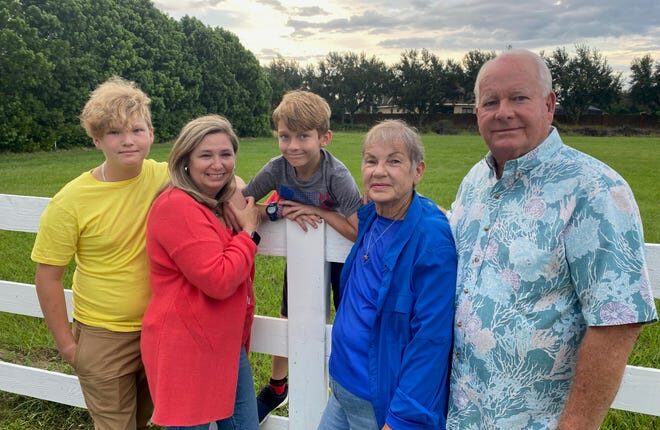 After months of delay, Gary Adams’ 40-acre property in Manatee County was finally sold to a developer in 2019 for the sizable sum of $ 4 million.

These transactions have become the focus of a courtroom dispute between the seller and his real estate agent on charges of treason and negligence.

First, real estate agent’s brokerage firm sued Adams when he withheld nearly $ 250,000 in commission on the first sale after learning of the second deal, which received 75% more than Adams. Then Adams later sued real estate agent Stanley Rutstein for negligence and breach of duty.

Gary Adams ‘lawsuit concerns whether his commercial real estate agent was required to safeguard Adams’ best financial interests or, as in the vast majority of real estate transactions in the Sunshine State, the agent acted merely as an intermediary.

The average buyer or seller may be surprised to learn that real estate agents are generally under no obligation to protect the best interests of their clients, except in severe circumstances.

In that sense, Florida real estate agents are less like a stockbroker or financial planner, but more like an intermediary between buyers and sellers of real estate.

While the first lawsuit was settled after Adams cleared the commission, the other is pending in Manatee County District Court.

Gary Adams says he had just passed the worst months of his life before hiring Stanley Rutstein to represent him on a property sale near Bradenton.

His youngest son had colon cancer.

His wife had undergone chemotherapy for breast cancer.

And his eldest son and business partner had died of pancreatic cancer and left four children.

Adams owned land in Manatee County along Prospect Road that he and his elder wanted to develop together. The property no longer interested him. He wanted to sell it, he said.

“Needless to say, you are only shaken mentally and physically,” said Adams of the cancers that have struck his family. “I haven’t eaten in a month. I couldn’t sleep.”

Adams said that in his emotionally vulnerable state, he needed someone to stand alone in the transaction, someone he could trust.

He did not get that when he signed a listing agreement with Rutstein, he claims in a lawsuit filed at the end of August.

Adams has sued Rutstein and his company for handling the sale of the 40-acre property in the 7000 block of Prospect Road for professional negligence, breach of duty of loyalty, misrepresentation and breach of contract.

He owned 45 acres in total but kept five and still lives on the property.

The lawsuit alleges that Rutstein told Adams the best he could ever get for his property was the $ 4 million offered by the eventual buyer.

But that buyer then sold the property to a national home builder less than 24 hours after Adams’ deal closed for $ 7 million, according to the lawsuit and ownership files.

The Herald-Tribune left messages with Rutstein’s office and contact numbers from his real estate marketing materials, and left a message for his attorney asking for comment. Rutstein did not respond. His attorney called back to say Rutstein was not involved in the $ 7 million sale of KB Homes.

In late October, Rutstein filed a response to Adams’ lawsuit denying any wrongdoing and denying that he had established the “sole agent” relationship that Adams would have held in trust in the transaction.

The answer goes on to say that Adams “waived his right to seek help from Mr. Rutstein” as Adams “ultimately approved, ratified, and / or approved the measures that led to the completion of the sale …” .

A review of Rutstein’s real estate agent license found that no complaints have been filed against him since the license was issued in 2002, according to the Florida Department of Business and Professional Regulation.

In Florida, every real estate agent’s role begins as a “transaction broker” relationship unless otherwise set out in writing under the Florida Bylaws.

“It is assumed that all licensees act as transaction brokers, unless there is a single agent or no written brokerage relationship with a customer,” says the articles of association.

A single agent relationship is rarely used in the industry and creates a duty of loyalty to the real estate agent’s client.

Adams said he and Rutstein met on his property in late 2017. At that meeting, Adams made it clear that he needed someone to exclusively represent him and his wife in the transaction.

Real estate sales are often the largest single transaction in a person’s life. Although real estate agents are often hired as “exclusive” agents, in most cases they make buying and selling real estate easier – and by law do not represent the best interests of both parties in the transaction.

Property:Experts don’t believe Zillow’s exit from house flipping will have any impact on the Sarasota market

Both an individual agent and a transaction broker have legal obligations that include: dealing honestly and fairly; Accounting for all funds; Use of skill, diligence and diligence; Disclosure of all facts that are not readily apparent to the buyer and timely submission of all offers and counter-offers.

However, the single agent relationship has additional responsibilities in addition to establishing the fiduciary relationship.

Within months of Adams and Rutstein’s first meeting, Rutstein identified a buyer who he said had the financial means to close the deal.

However, when it was closed, the buyer, Bellaire Capital Group, wanted to extend the contract. According to the lawsuit, Adams asked Rutstein if he should receive financial compensation for the extension.

Rutstein told Adams he was “greedy,” the lawsuit states.

According to the lawsuit, Adams had told Rutstein about a small piece of land he owned that he did not own and that Rutstein was supposed to secure. Rutstein did not try to secure the property, the lawsuit said.

After another application for extension, Rutstein announced to Adams that the Bellaire Capital Group owned or controlled this property and that Adams could never sell to anyone other than Bellaire as they controlled it.

Rutstein later informed Adams that since BCG (Bellaire Capital Group) owned or would soon own 7380 Prospect Road, Adams could not sell the property to anyone but BCG as no one else would ever buy the property to arm Adams to complete the sale to BCG, “said the lawsuit.

Adams said at that moment that he knew that Rutstein was not looking after his interests.

“I totally trusted Stan. He’ll make a lot of money with it. He has no reason not to do the right thing, ”said Adams. “It was from total confidence, this guy’s not on my side at all.”

After the second extension, Adams said he met Rutstein and the buyers. He says he saw Rutstein sit at the end of the table with the buyers.

Adams said that during that meeting, buyers told him that they would not be able to close for several months until all development rights to the property were secured and that Adams would wait for the development planning stages.

“We’ve spent months and months and months. Remember, I hired Stan because I didn’t want to get involved in any of this, ”said Adams. “If we had done the development, we would have had a completely different contract at a much higher price.”

Adams’ lawsuit also alleges that Rutstein failed to publish an offer from national home builder DR Horton before the property was signed to Bellaire.

In his response to the lawsuit, Rutstein rejects this allegation.

After selling the property in Fall 2019, Bellaire turned the property over to KB Homes for nearly $ 3 million more than Adams received.

In Rutstein’s response to the lawsuit, the longtime real estate agent’s lawyer denies that he did anything wrong.

When asked how he felt after learning that the property sold for nearly $ 3 million more than what he paid less than 24 hours after the transaction was closed, he did not respond directly, but did indicate that it would not look good on him.

“How would you feel?” he asked.