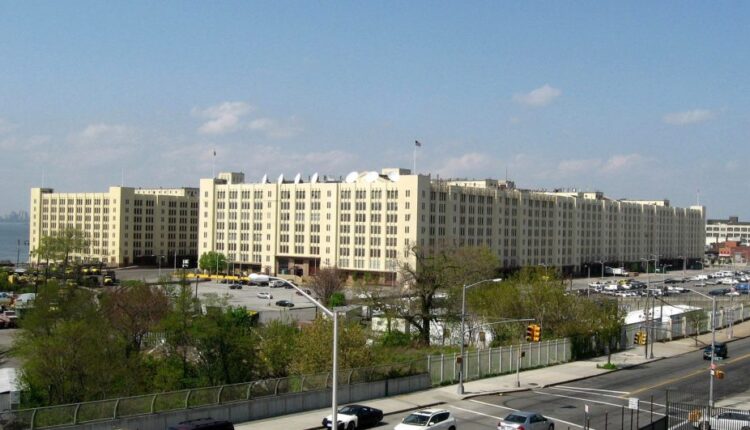 The Brooklyn Navy Yard, a former US Navy installation, has been a business incubator, shipyard and industrial complex for many years. Eagle file photo by Lore Croghan

The city’s outer-borough industrial real estate market, including Brooklyn, continued to show healthy improvement during the second quarter of 2022, according to a new report by Colliers International, a commercial real estate firm with offices in 68 countries.

The report found that the market demonstrated healthy market fundamentals in Q2, as the availability rate continued to decrease. The average asking rent for industrial space in the outer boroughs also increased 2.5 percent as demand for industrial space continues to push asking rents higher. Richard Warshauer, senior managing director for the firm, described the market as “robust.”

The firm, following the CoStar Group, a provider of information, analytics and marketing services to the commercial property industry, divides Brooklyn into two “submarkets,” North Brooklyn and South Brooklyn.

The Brooklyn Army Terminal as seen from the Gowanus Expressway. The complex, formerly a US Army supply base, is now used for commercial and industrial purposes. Wikimedia photo by Jim Henderson

The report spotlights CRBE Investment Management’s acquisition of 640 Columbia Street, a multi-story logistics facility in Red Hook, as “the most notable trade this quarter.” The 397,020-square-foot warehouse was purchased for $330 million, and was fully leased to Amazon at the time of the sale. The sales, in tandem with others in Queens and the Bronx, “underscore investor demand for fully-leased warehouse product in the outer boroughs. At $585.10 per square foot, the average sale price was up 44.1 percent year-over-year and is 54.5 percent higher than the five-year quarterly average of $378.78 per square foot,” the report said. Office leasing activity up in Brooklyn ‘An Arm and a Leg’: Her Bill for a Prenatal Test Felt Like a ‘Bait-and-Switch’ Scheme