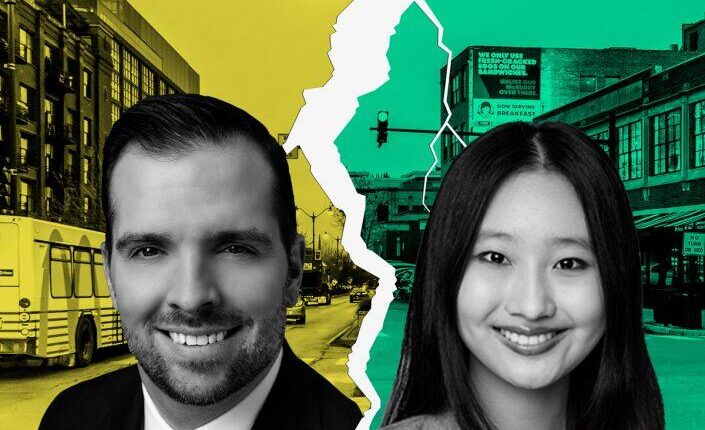 A crack has turned into a chasm in Chicagoland’s commercial real estate market.

Spreads between bids offered by potential buyers and the asking prices of sellers have widened in the area, and so far few market players on either side have made concessions to complete deals, BisNow reported. The gap between what a seller will accept versus what a buyer will offer is continuing to stretch after becoming a problem in 2022.

“The reality of it is, sellers still want 2021 pricing, but buyers just can’t step up to that number,” Joe Powers, regional manager of Marcus & Millichap’s Chicago downtown office, told the outlet. “For a while there, you could throw a number out there and someone would grab it, whereas now, real information is dictating the market.”

The office market has a particularly wider bid-ask gap with about 30-40 percent at the end of 2022. The pre-pandemic rate for office properties was 10-20 percent, according to CBRE. Although retail, industrial and residential real estate deals also require tweaks to prices and larger negotiations than previously, the distance between buyers and sellers on those assets is much smaller than it is for offices.

While gaps between bids and asks are routine in any conditions, once they extend beyond 30 percent, the market pauses, CBRE Investment Management’s Wei Luo told the outlet.

And it’s not just Chicago where the fault line is slowing transaction volume. London office prices would need to fall 29 percent from October 2022 values ​​while New York offices would need to drop 10 percent to close the space between sellers and buyers, the outlet reported, citing MSCI.

Within the office market, there’s a stark difference between older office buildings and the redeveloped or modern properties. Those built in the 1980s or ’90s that haven’t had major renovations are taking the biggest hit to their values. At the same time, the demand for new developments with modern, Class A office space is outpacing the supply.

Virginia Beach broker said to have run off with thousands