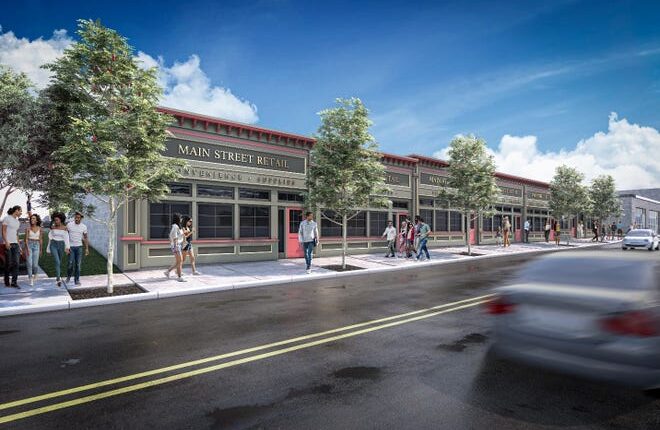 WORCESTER — The City Council will be asked Tuesday to release a deed restriction that will allow plans that are in the works for “commercial condominiums” on a pair of vacant lots on Main Street to move forward.

The request includes releasing deed restrictions that give it the right of first refusal if parcels at 811 and 813 Main St. are sold.

The city sold the parcels, across from Beacon Pharmacy, to a real estate trust controlled by developer Frank Zitomersky in 2002. The original plan was to redevelop the parcels as retail and off-street parking, but according to a communication to the council from City Manager Edward M. Augustus Jr., the Main South Community Development Corp. has an agreement to buy the property and develop a one-story building with several storefronts.

Peter Dunn, the city’s chief development officer, said in a communication the “commercial condominiums” will present businesses with a unique “lease to own” opportunity. The units will range in size from 1,175 square feet to 1,720 square feet.

MassDevelopment has conditionally approved a $950,000 equity investment in the projects, which aligns with the goals of the Main South Transformative Development Initiative, Dunn said.

The council will also be asked Tuesday to approve the conveyance of a 6-acre parcel of land at 146 Goddard Memorial Drive.

According to Augustus, the city selected Criterion Group LLC as the preferred bidder. Criterion was actually the only bidder, and offered $750,000 for the property. It plans to turn it into a parking lot. It owns the parking lot immediately adjacent to 146 Goddard, Dunn said in a communication. Dunn described as having topographical challenges that would make development difficult.

The council is set to convene an executive session Tuesday night “for the purpose of discussing strategy with respect to contract negotiations with IAFF Local 1009, Worcester Fire Fighters.”

There are a variety of council orders on Tuesday’s agenda, including several housing-related items.

District 3 Councilor George Russell is asking that the city manager consider allocating American Rescue Plan Act funds to establish a down payment assistance program for first-time homeowners in owner-occupied properties, and will ask the manager to provide additional assistance of up to three three times the typical first-time homebuyer amount for those who would become their family’s first generation of homeowners.

District 4 Councilor Sarai Rivera is asking that the city manager and chief development officer work with various stakeholders, including the community and the City Council, “to create policy solutions that advance racial equity in housing.”

At-large Councilor Kathleen Toomey is asking the city manager consider using ARPA funds to create a rent-to-own home ownership program, “which would also incorporate a sweat-equity component for those wishing to purchase a three-decker in the city that is not fully rented out, which would open up more apartments and home ownership availability.”