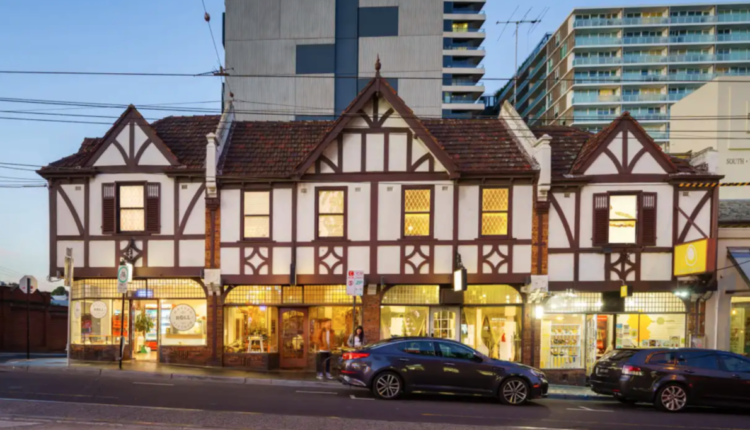 Investors and developers brushed aside the disruption caused by the last Victorian lockdown to distribute more than $ 30 million to prime commercial real estate in suburban Melbourne while auctions went online.

At the top of the string of lockdown deals was a row of four adjoining Tudor-style stores adjacent to the South Yarra train station on Toorak Road, which sold on Friday for $ 13.15 million on a return of just 2.2 percent were sold and destroyed the reserve by more than $ 1.5 million.

The 613-square-meter property at 169-175 Toorak Road was acquired by local developer Oreana Property Group, who earlier this month bought the neighboring South Yarra Square property for approximately $ 35 million to convert it into a new luxury hotel and spa.

It was sold fully let, but with short-term leases that expire in early 2022.

“The Victorian government’s decision to lock it down immediately was announced just 27 hours before the scheduled auction time. It was truly unfortunate that it was one of the most anticipated auctions of the year.

“The caliber of the property was one that typically drew in a crowd of 400 to 500 people on a Friday afternoon, many of whom were investors and onlookers in the industry trying to get an overview of the market.”

After consulting with seller and auctioneer Paul Tzamalis, Mr. Emmett said the decision was made to conduct the auction online.

“In the end we had 22 registered bidders on Zoom. While the buyer intends to develop the property, the second and third sub-bidders were both passive investors, ”he said.

Just a few suburbs away at 634 Burke Road in Camberwell, national retailer Mecca Cosmetica’s premises were also auctioned online on Friday, following instructions from the Strauss family, who had owned it for 46 years.

The property, on 249 square meters with a massage center in the rear, was sold to a Melbourne-based investor for $ 6 million, $ 1.4 million above reserve, at a return of 3.6 percent.

A day earlier, on Thursday, the eve of the lockdown, Fitzroys sold retail property on a long-term lease to the Oroton Group at 13 Church Street in Brighton for $ 6.07 million on a return of 2.5 percent. The buyer was also based in Melbourne.

While the auction was on-site, Fitzroys implemented COVID-19 safe practices, including social distancing. Fitzroys Mark Talbot and Tom Fisher led the campaign on behalf of the 60 year old sellers who built the property.

“Brick and mortar plants with secure leases and well-located on Melbourne’s shopping streets have become more popular during the COVID era and in an extremely low interest rate environment,” said Bourke.

In addition to the suburban businesses, a two-story brick building at 257 Chapel Street in Prahran with a store on the ground floor and offices above it was bought by Michael Gross and Andrew shortly before the lockdown for $ 5.2 million on a 3.35 percent return on Thursday Waddell. sold by Gross Waddell ICR. The buyer is affiliated with the Wizel Property Group.