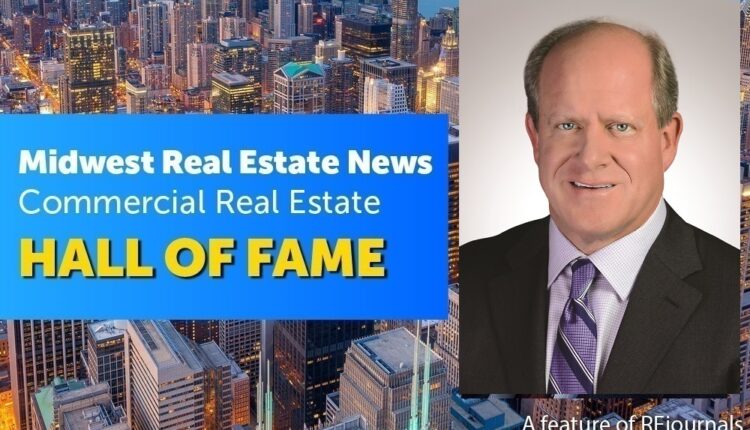 Every year, Midwest Real Estate News elects a new group of CRE professionals to their Midwest Commercial Real Estate Hall of Fame. Last year, despite its challenges, was no exception. Today we look to the busy career of Patrick Minea, Executive Vice President and Executive Managing Director of NorthMarq’s Minneapolis office.

Patrick Minea grew up in the NorthMarq Minneapolis office. Since joining the company in 1992, the industry veteran has developed from a producer to managing director to his current position as Executive Vice President and Executive Managing Director.

Minea also co-chairs the Production Committee and Equity Advisors Group at NorthMarq. He also serves on the company’s Executive Committee, where he has a leadership role in growing NorthMarq’s three businesses: debt and equity, investment sales and loan servicing.

Why has Minea been able to expand its career so steadily? He has an in-depth understanding of the commercial finance business, providing first class service to his clients, and not shy of the hard work it takes to achieve those clients’ goals. This formula has made Minea one of the most respected finance professionals in the Minneapolis commercial real estate market.

Minea’s colleagues describe him as a proven producer with in-depth knowledge of all areas of debt and equity financing. In a career spanning more than 25 years, Minea has specialized in structured debt, joint venture equity and traditional debt.

Shaping such a long and successful career is not without its challenges. But Minea said the people he met and worked with in the commercial real estate field made the trip well worth the trip.

“The industry has always been interesting and challenging, but the people and the relationships are the best part of the business,” he said. “We work with developers and investors, and the professionals I have dealt with over the years have always been diverse and interesting.”

Minea said he doesn’t mind the competitive nature of commercial real estate either.

“I’ve always enjoyed the competition and tried to win deals,” he said. “And the variety of projects is always interesting and usually challenging.”

On site, Minea served as treasurer of the Minnesota NAIOP Chapter for two years and served on the NAIOP-MN board of directors for three years.

Outside of work, Minea said he enjoys traveling with family and friends. He also likes to spend time in his lake hut. You might also find Minea on the golf course. He says his game isn’t great, but he really loves playing the sport.