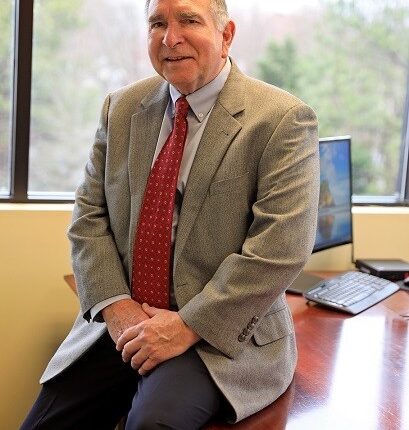 Cowles M. (Buddy) Spencer is being recognized by Continental Who’s Who as a Trusted Pinnacle Executive in the Realty field and in acknowledgment of his work at Mid Atlantic Commercial Realty

YORKTOWN, Va., March 1, 2022 /PRNewswire/ — Throughout his 45-year long career, Cowles M. (Buddy) Spencer has become a respected Executive in Real Estate and Brokerage. He is the CEO of Mid-Atlantic Commercial and Residential Realty, located in Yorktown, VA.

He first began his college education at the University of Mississippiwhere he graduated with a Bachelor of Arts degree in Political Science, Psychology, and History in 1968. Mr. Spencer founded Mid-Atlantic Commercial Realty (formerly known as Poquoson Realty) in 1975. Since then, his firm has been a leader in the regional residential real estate market.

Mr. Spencer has grown his company exponentially since its inception. Mid-Atlantic Commercial Realty is now a Top 5 Power Broker in Hampton Roads, VA area by Co-Star for his work in land acquisitions, development, and real estate brokerage. In addition, the company is the Hampton Roads affiliate of TCN Worldwide. Mid-Atlantic was awarded among the Top Workplaces in 2020-2021 in Hampton Roads.

Throughout his longstanding career, Mr. Spencer has helped buyers and sellers find land, industrial buildings, shopping centers, and corporate office buildings to suit their needs. Today, he employs 12 residential and 15 commercial agents. Mr. Spencer and his staff have overseen the development of several thousand building lots and seven retirement communities. He has been involved in developing over 16% of all the residential lots in York County.

Mr. Spencer was the former President and is still affiliated with the Coastal Housing Association, formally the Peninsula Housing and Builders Association. He is also a member of the National Association of Realtors and the Virginia Realty Association. He has previously sat on the Board of the Peninsula Ports Authority, is a former member of the Legislative Committee of Home Builders Association of Virginia, and is the Former Co-Chairman of Fundraising for the Boys and Girls Club. He has also represented York County Executive Committee on the Peninsula Alliance for Economic Development and is currently on the Board of Directors of Towne Bank.

He was awarded the Builder of the Year Award by the Peninsula Housing and Builders Association in 1983 and 1988 and a prestigious recognition by Marquis Who’s Who in 2021.

He attributes his success to creating and implementing his business plan, working hard, and with the help of his great friends and associates. He thanks his family for their support.