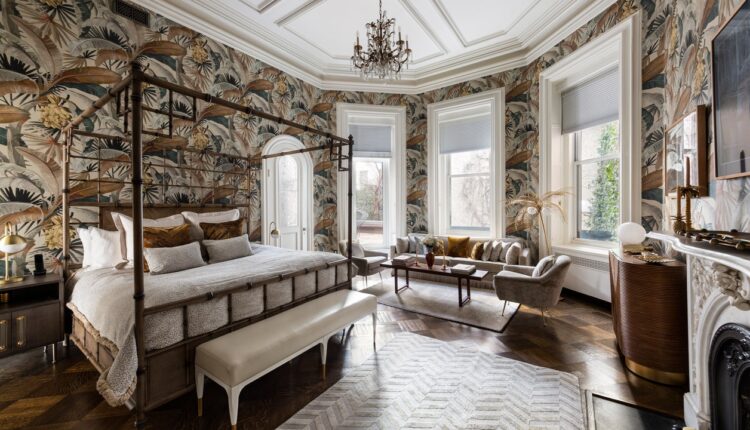 The structure’s design is dominated by a series of stepped tubular volumes that alternate between a sleek curved glazed façade and wraparound balconies. At night, the concave recesses of the parking level create a decorative wall of light.

“Buildings at this scale house a community of people who live, work, and play from what they consider home,” ODA founding principal and executive director Eran Chen said in a statement. “This new lifestyle is formed by a building that is shaped to be flexible, create strong connections, and allows for diverse activities.”

OMA and Dependable are also collaborating on another Fort Lauderdale property: Ombelle, a 43-story twin-tower luxury rental property that is a 10-minute walk from the city’s Brightline station.

Alchemy Properties works magic on the Upper West Side

The 18-story building combines façades from three distinct structures—an existing 1915 Palazzo-style building, the historic Collegiate Church, and a new tower to the east.

There will be 58 units—ranging from one- to six-bedroom layouts, plus a series of penthouses—and three floors of amenities, including squash and basketball courts, a 75-foot saltwater pool, and an in-house recording studio.

More than $300 million in contracts have been signed since sales launched in the spring, including one for a $26 million penthouse. Three model residences are available for viewing—one of which crosses all three parts of the development.

One One Eight, a new property from 118 Acacia on First Street in New York City.

One One Eight goes green in the East Village

Acacia 118 has launched One One Eight, a four-duplex property on First Street in New York City’s East Village. It was designed by Freyer Collaborative Architects as a net-zero building, with the amount of energy used each year roughly equal to the amount generated on-site.

One One Eight incorporates several eco-conscious elements, such as energy-efficient Schüco windows, interior and exterior insulation, and continuous fresh-filtered air with heat exchange.

The penthouse triplex, listed with Douglas Elliman for $5,855 million, is a three-bedroom, three-bath residence encompassing the building’s mezzanine and eighth and ninth floors. Its gourmet kitchen is outfitted with appliances from Miele, Bosch, and Bertazzoni; plus Artemis White marble countertops and European oak cabinetry from Alta Cucine.

The spacious third floor is configured as a media room but could serve as a gym or home office, per the listing, while a roof garden features a standalone kitchen with an electric BBQ range and wet bar, as well as plumbing for a lap pool or jacuzzi

Earnings are growing at United Hampshire US Real Estate Investment Trust (SGX:ODBU) but shareholders still don’t like its prospects

A dip in enrollment at Glacier Gateway is a complicated tale: Housing, daycare, play into it