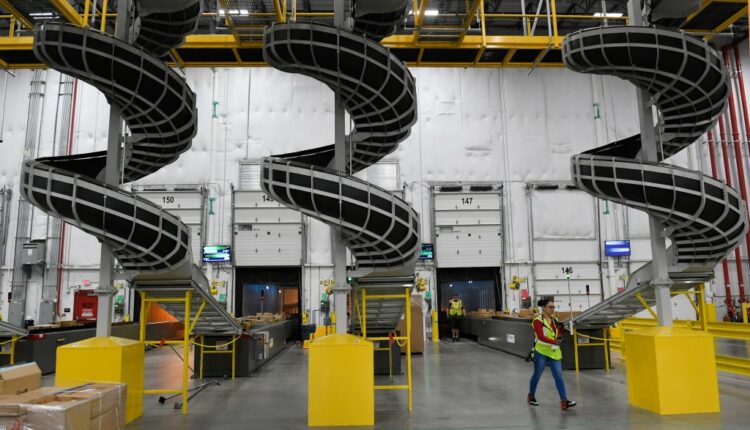 The pandemic shook commercial real estate markets to the core, creating more demand in some areas, like industrial, and destroying it in others, like office space. But 30 months after the first lockdown orders came out, not all of the dire predictions have played out.

Take the rebound in demand for retail space, which is in far shorter supply than anyone expected after consumers shifted more of their buying, even for groceries, online. Even though renters fled densely-packed areas during the outbreak, developers continued to churn out urban apartments at a robust pace, raising concerns of a glut.

Vacancy rates in Denver for retail, multi-family and industrial real estate are in the 5% range, but for office space, they are a little under 20%, Hessam Nadji, president and CEO of Marcus & Millichap, told a gathering of the Denver Metro Commercial Association of Realtors earlier this month.

Demand for office space remains soft as employees fight for the right to keep working remotely and it could be a couple of more years before the fog clears. And while companies have grasped for industrial space, signs of retrenchment are mounting as online retailers pull back. But Denver doesn’t look as vulnerable as other markets.

Below are what area brokers on a forecast panel put together by the DMCAR predict is ahead in the areas where they specialize:

When employers closed their offices and sent workers home at the start of the pandemic, most probably didn’t anticipate that more than two-and-a-half years later they would be struggling to bring them back and facing uncertainty about how much space to lease.

Tenants in office buildings are taking on shorter leases for less space and trying to craft the magic formula that will make their workers want to give up commute-free shifts and self-prepared lunches to come back. Many still don’t know what their workforce will look like in the months ahead, and that is making it hard to plan for their office requirements, said Lee Diamond, a senior vice president at CBRE.

A tight labor market has worked against a return to the prior work in the office requirements. With workers in short supply and resigning at a high rate, some employers have been afraid to force the issue. A recession, however, could give management the upper hand again in demanding that workers show up and take a seat.

Another big problem for the office market is all the space that tenants are subleasing because they no longer need it. That was about 5 million square feet in metro Denver in the second quarter of 2021. It had dropped to 4.7 million more recently, but Diamond predicts it will soon go back above 5 million square feet. The glow of space is getting worse, not better.

Landlords will need to get more creative in the concessions they provide and in the amenities offered to lure workers back to the office, including more on-site restaurants, fitness facilities and collaborative workspaces.

Office markets continue to see a flight to quality, Diamond said. That is a problem for older and less desirable Class B or C spaces. They will need to renovate to stay in the game, but construction costs have skyrocketed, from $100 to $120 a square foot before the pandemic to $280 a square foot currently. That has some building owners hitting the pause button until they know for sure they can lease whatever they improve.

Diamond said Cherry Creek is a hot office market and downtown Denver is bifurcated, with the newer west end much more popular than the east side.

Retail: Stronger than anyone expects

Retailers took a hit during the lockdown orders in the early weeks of the pandemic in 2020 and some forecasts predicted it would take years before brick-and-mortar recovered. They were wrong.

Metro Denver is seeing strong demand for retail, especially new grocery stores, said Courtney Key, a partner at SullivanHayes Brokerage in Greenwood Village. Among the retailers actively looking for space are King Soopers, Whole Foods, Target and Costco. The problem is that there aren’t enough locations available to meet the strong than expected retail demand.

National chains — think fast-food, gasoline and banks — are crushing local competitors when it comes to winning the bidding wars. And Denver is attracting “new-to-market” tenants from unexpected places, like the UK They are targeting what they consider more vibrant neighborhoods such as Cherry Creek, River North and parts of downtown Denver.

Industrial: Denver could defy a slowdown

Online retailers have aggressively built distribution centers to store their products closer to consumers and shorten delivery times, and that trend accelerated as more purchases shifted online during the pandemic. Demand for warehouse space also rose as supply-chain disruptions caused by the pandemic pushed companies to start stockpiling items so they wouldn’t run out.

But as the recovery took hold, physical retailers reclaimed their share of purchases and consumers shifted more spending to services rather than goods. Amazon, the market leader in adding new warehouse space, has gone from expanding to retrenching, subleasing space in some of its distribution centers and canceling plans for others.

Tyler Reed, managing director of Stream Realty in Denver, said the front range should be fare better than other areas as Amazon pulls back. The online retailer remains committed to 4 million-square-foot facilities in both Colorado Springs and Loveland.

“Amazon is healthy here, there is no gloom and doom,” he said. And while the transition to online retail has slowed, it remains at play, and that will necessitate more warehouse space.

Industrial space along the US 36 corridor between Boulder and Denver that cost $8 to $8.50 a square foot before the pandemic now leases for $14 a square foot, Reed said. And rising industrial rents are happening throughout the metro area as demand continues to outstrip supply by millions of square feet.

“The rental rate growth is real and it is happening,” he said. “It’s a pretty rosy picture.”

Multi-family: A glut in the making

Apartment rents usually softened a little in winter in metro Denver, but this year they went up, which has contributed to a 16% year-over-year gain in average rents, said Josh Newell, a principal at Pinnacle Real Estate Advisors in Denver .

Even with rising rents, apartment tenants in metro Denver are spending about 22% of their income on rents, below the 23% share of income averaged nationally. A large influx of workers from more expensive markets, some of who are working remotely and pulling down higher wages, are better able to afford the rising rents and luxury units being built.

“Apartment fundamentals are still strong,” Newell said. “There is fear, but everything on papers says this is a great thing.”

Interest rates are rising sharply, which is pricing more buyers out of the market and keeping them renting. And unless there is a big retrenchment in the technology sector, remote workers should continue to play the spread, earning San Francisco-level wages and paying Denver-level rents.

So why the fear? Developers are expected to bring about 15,000 apartments to market this year in metro Denver, but it looks like only 12,500 of them will be “absorbed” or occupied by new tenants. Although the overall vacancy rate is a reasonable 4.75%, it should move higher than those new units hit the market.

Here’s where the outlook gets dicey. Metro Denver has 40,000 apartments under construction and another 72,000 in the planning stages, Newell said. Developers are looking to bring 112,000 apartments to market and there are concerns about whether the market can absorb that, especially if people stop moving to Denver like they did last decade.

Much of that new apartment growth is concentrated in the central business district, where vacancy rates appear to be already running closer to 7.5%.

That new supply represents about a quarter of the existing apartment stock, Newell said. And while some projects may get canceled, if developers’ projections don’t pencil out, metro Denver could find its apartment shortage quickly turning into an apartment glut.

In Jackson, the Water Is Back, but the Crisis Remains