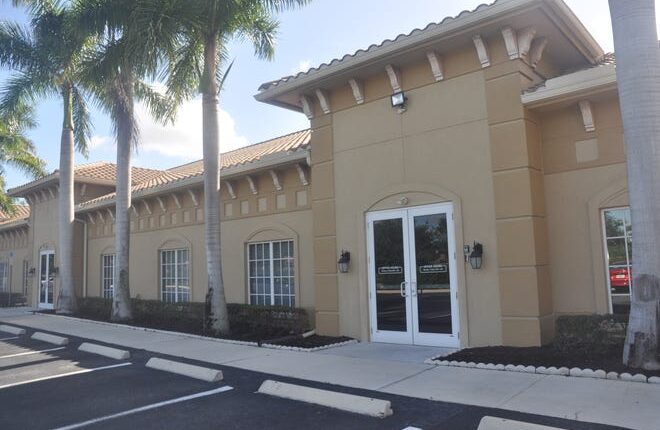 If you think it’s hard to find a single family home to buy in Southwest Florida, try finding a church to buy. That is an even bigger task. Estero Community Church spent four years looking for the perfect property.

“It was very difficult,” said Pastor Kevin Morris. “We thought we had to build. There aren’t many churches in Estero and the cost of owning Estero is outrageous. Originally we were looking east of 75 but we couldn’t find a decent property and the one we found, infrastructure, would cost a fortune. “

By the way:Lee’s real estate values ​​set a new record in 2020, with statewide tax cut on the table

Eventually they found land near Corkscrew Road and began making plans to buy the property and build a church. Morris visited the Legacy Church in Estero to get some architecture and blueprint ideas.

“We came here to borrow their plans and come up with some ideas, and the pastor here said, ‘Would you be interested in buying the church?” Morris described. “God is amazing because we didn’t come here to buy this building.”

Soon, Morris had a deal to buy the Legacy Church. It was a deal that saved them a lot of money and a huge amount of time. Morris said the lot they looked at was roughly $ 600,000 and could cost more than $ 2 million to build. They bought the existing church for $ 1.78 million and had Legacy hold a Sunday evening service there for a year.

“We had the money from the sale of the other church so we could buy it without a mortgage,” said Morris proudly.

Estero Community Church previously had two buildings in San Carlos Park. Morris said they didn’t need all of the extra land they owned around them, and 75 percent of their parishioners live in Estero, so they wanted to sell the San Carlos property. Morris said the new building was almost perfect for the church and its 80 parishioners.

“It’s a newer building,” he said. “It was built five years ago so we wouldn’t have to worry about the air conditioning failing or the lines failing. Everything is up to the code. It’s bigger and better and much newer. “

A newer building also means lower insurance costs. The church doesn’t have to maintain a lot of land either.

“It’s so close to what we need,” he said. “If you build you will get exactly what you want, of course, but we would pay a million dollars more.”

Instead, church officials use these savings to make the changes they want. The tiny kitchen is expanded and an oven and an industrial refrigerator are added. The bathrooms are being modernized and upgraded. They plan to add some color and coziness to the sanctuary with banners and other decor.

“We planned to build so we had a schedule to get things done. When this church became available, our schedule was postponed, ”said Morris. “Legacy built the church. It is our home now, but we have to make it a home. We are very blessed to have this building and we have room to grow. “

“This sale was about finding the right location for the Estero Community Church,” said Maros. “This new location will allow the Church to expand its ministry, add new programs and activities, and serve not just the Estero congregation but all of Southwest Florida.”

This is not the first time Maros has helped with a church real estate business. In March, she sold the Estero Community Church (formerly Hope United Presbyterian Church) property on Hickory Drive in San Carlos Park to the Greek Orthodox Church of St. Peter.

“What we find in a place of worship that has the required zoning is a little hard to find,” she began. “Most of the time, these worship organizations cannot buy land just because of zoning. My job is to find something that already exists, or something that we can repurpose, that fits the space, needs and location. It fulfills many needs. “

Maros said she sells commercial and investment properties with the occasional home sales.

“I just have a heart for churches,” she says. “I’m a Christian. There are some nuances in buying churches and religious organizations. There are many different trustees. There is a lot of bureaucracy to overcome. It is not one or two people who make the decisions. So you have to be patient, though.” it’s really worth it. It’s great to see the community come together for things like this. “

Finding a place for a church can get so difficult that churches are also looking for creative ways to find a home. In September 2014 Living Waters, now Ocean Church, bought the old Albertsons supermarket in Estero and turned it into a place of worship. The 67,000 square meter industrial area gave the church the additional space it needed for church services, children’s and youth programs and parking spaces. Living Waters spent $ 4.4 million on the building and about $ 1.7 million on construction and furnishings, the main auditorium for 800 people, a children’s auditorium for 150 children, computer kiosks, secured access points in the children’s areas, small group rooms , Offices and a lounge for volunteers.

* Note: The new name Estero Community Church has not been officially approved by church officials. The church was formerly Hope United Presbyterian Church, but is changing its name when it moves to Estero.