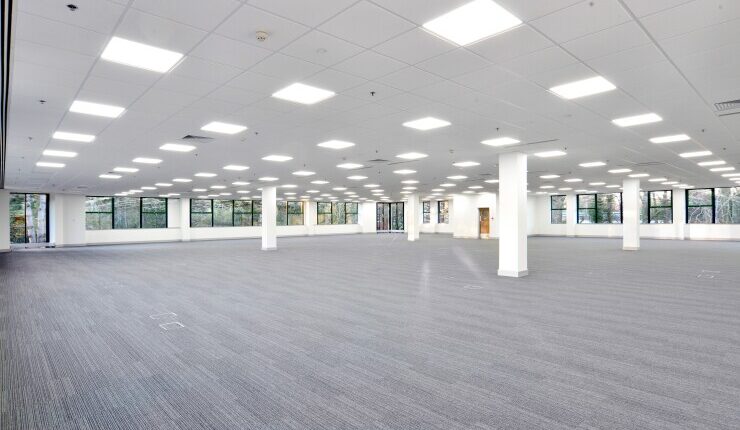 The Federal Deposit Insurance Corp. plans to increase its scrutiny of banks’ exposure to commercial real estate loans, citing uncertainty about the future of work and commerce in the wake of the COVID-19 pandemic.

The agency said that its examiners will put particular attention on testing newer loans, as well as loans within subsectors and geographic areas that are experiencing stress, and those that are vulnerable because borrowers are paying higher interest rates.

In explaining the sharper focus, the FDIC pointed to rising interest rates, the effects of inflation and supply-chain problems, as well as pandemic-related changes in the use of commercial real estate.

The agency stated that late-payment rates on commercial real estate loans are currently at historically low levels, but said the strong performance is partly attributable to stimulus programs and borrowing costs that were low until quite recently.

“In addition, banks worked extensively with borrowers experiencing stress during the pandemic, which likely suppressed delinquencies and may have ultimately limited losses by giving borrowers time and flexibility to address issues,” FDIC officials wrote in the latest edition of the agency’s regular Supervisory Insights bulletin .

“Although some of the economic effects of the pandemic appear to be easing, some of its impacts may be lasting, or may have exacerbated existing secular trends, or both.”

Delinquency rates on bank loans for office space have been climbing steadily — from 0.2% in the fourth quarter of 2019 to 1.8% in the first quarter of this year, according to Trepp’s TALLR database.

The agency drew particular attention to segments of the CRE market that have been hit hard by the pandemic. Those segments include office space, shopping malls and hotels, especially those that rely heavily on business and convention travelers.

The FDIC’s examination priorities apply only to banks supervised by the agency, which tend to be relatively small institutions. But many of those smaller banks have relatively large exposures to commercial real estate.

At the end of last year, FDIC-supervised banks held about 41% of the $2.7 trillion in commercial real estate loans held by banks.

In recent weeks, several regional banks have indicated that they are watching the sector for signs of weakness.

During a July 14 call, executives at First Republic Bank in San Francisco were asked about weakness in the Bay Area office space market. In response, Chief Banking Officer Michael Selfridge said that First Republic has become more cautious, though he also noted that the bank is not in the business of lending on large high-rise buildings where occupancy rates have suffered.

In its recent article, the FDIC found that banks with larger concentrations in commercial real estate loans generally had a higher pretax return on average assets last year than all other banks. But those banks also tend to have a higher-risk profile, the FDIC said, citing lower levels of capital and loan-loss reserves.

The agency said that it expects to continue its existing supervisory approach for banks that have concentrations in commercial real estate lending.

“Regulators and banks have a long history with commercial real estate and concentrations,” said Matthew Anderson, managing director at the analytics firm Trepp. “That’s been a topic for decades — sometimes rightly so.”

Commercial real estate loans were the main source of problems for roughly 80% of the 400-plus banks that failed in and around the Great Recession, Anderson said.

“In this cycle, the impacts on real estate at least so far have been dramatically different,” he added.

Unlike during the run-up to the 2008 financial crisis, the pre-pandemic period did not feature a large increase in construction loans, Anderson noted. Construction loans typically suffer big losses in the early stages of a downturn because unfinished properties are not generating income for borrowers.

During the early stages of the pandemic, both hotel operators and brick-and-mortar retailers saw sharp declines in business, which hurt their ability to make loan payments. But more recently, the performance of bank loans in those subsectors has started to improve, according to Trepp data.

Meanwhile, delinquency rates on bank loans for office space have been climbing steadily — from 0.2% in the fourth quarter of 2019 to 1.8% in the first quarter of this year. Many companies that rent office space have long-term leases. In an era where working from home has become commonplace, many of those firms won’t need as much space when their leases come up for renewal.

“In the office, it’s a very slow leak,” Anderson said.