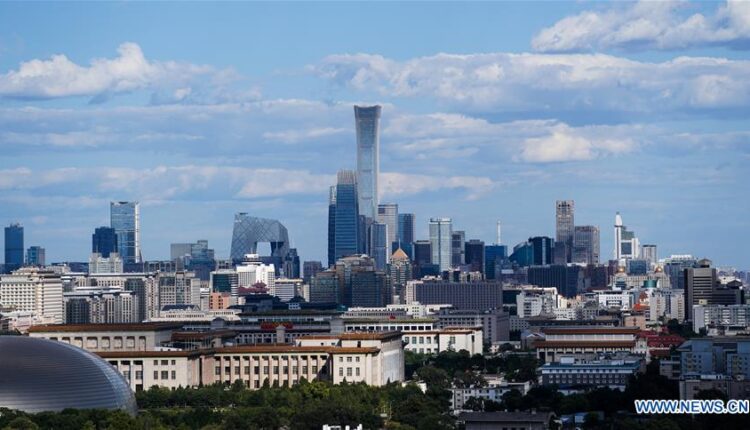 Downtown Beijing. Foreign investors claimed more than a third of the commercial real estate deals in the capital.

Foreign investors invested more money in real estate in China over the past year.

“Beijing is expected to remain a good choice for overseas investors as the country’s capital is likely to show more signs of recovery sooner than most of the other major overseas markets,” Michael Wang, senior director of capital markets at JLL North China, told a release.

The new corona virus first appeared in the Chinese city of Wuhan at the end of 2019. The disease spread overseas and turned into a global pandemic within months. However, the outbreak in China stalled in the second quarter after authorities took tough measures to limit human contact.

Companies also invested more money in projects in China in the past year, as measured by foreign direct investment.

In November, FDI for 2020 was $ 129.47 billion, according to official figures, up from the same period last year. With that, China is on track for record-high FDI last year, according to Macquarie estimates released on Thursday.

According to Wind Information, China recorded $ 138.13 billion in FDI in 2019, up from nearly $ 135 billion in 2018. Official 2020 figures from the Department of Commerce are expected later this month.

In the financial markets, foreign investors more than doubled their purchases of Chinese bonds last year, according to Macquarie estimates, a record high of 1.1 billion yuan.

Foreign investors have gradually increased their share of transactions in the capital’s commercial real estate market.