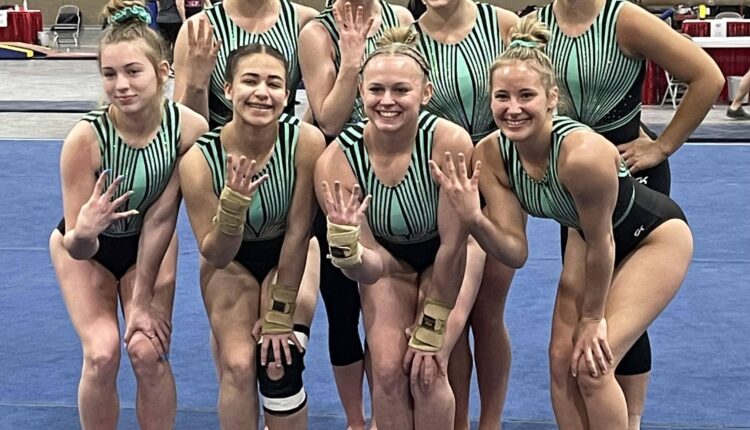 VALLEY CITY, ND (NewsDakota.com) — Abbey Thornton finished her gymnastics season off with a trip to Salt Lake City, Utah competing in the Western National Championship. “It was a great experience for me as a gymnast. I didn’t have my best meet at Westerns but I am overall happy with the how the season went.” Said Thornton. She finishes 15th in the All-Around with a score of 36.05. She finished 10th on Vault with a 9.45, 11th on bars with a 8,925,15th on beam with a 8,675 and 20th on floor with a 9 even. The Western Gymnastics Championship was made up of the Western half of the United States. “The talent that was at the Western Championship is second to none and for Abbey to go out on the big stage and compete was a great experience for her as not only a gymnasts but as a person as well.” said Abbey’s mother, Janet. Up next Abbey is looking to compete level 10 in USAG and then peruse a collegiate career in gymnastics.

Abbey Thornton would like to take the time to thank each and every business and or personal individuals for helping get her and her coach to the Western Championships. The donations received meant a lot to them both and the Valley Twisters Gymnastics Club. Contributors were Fundraising University, Valley Wealth Advisors, Dakota Silver, J&S Marketing, Brothers3, Jim Lochow, Quality Alignment and Brake Center, Pizza Corner, Grotberg Electric, Luke & Loni Trapp, Mobility Plus, ReMax Reality, Bank Forward, Eagles Club, Puklich, IG3 Media, American Family Insurance, Leroux Lochow Financials.

HFZ Capital and the Ugliest Divorce in Manhattan Real Estate

Midwest Punjabi Association (MPA) in collaboration with the Consulate General of…