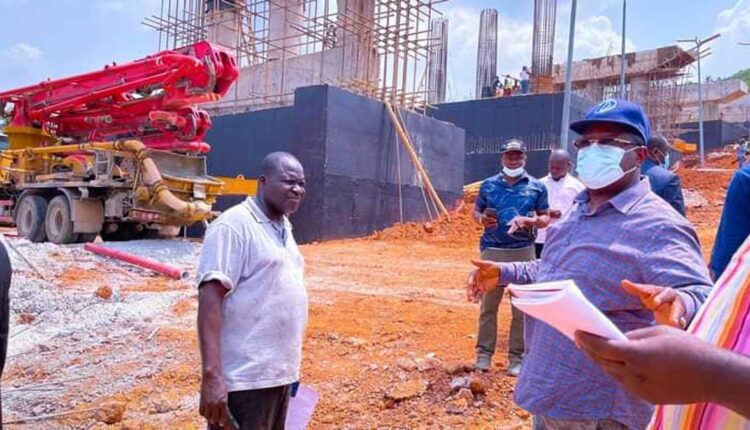 Notwithstanding increased investments in infrastructure by the Ebonyi government, the real estate sector in the state has nosedived due to high taxes imposed on properties.

Practicing real estate professionals said the taxes have decreased housing stock and affected growth of the property market, which is a mere between five to ten per cent within the last five years.

The Guardian learned that the multiple taxation has created investor apathy, especially in the residential and commercial segment, as the taxes have increased cost of doing businesses and forced some firms to relocate to other states.

With less investment in the real estate sector due to the taxes, the price of houses both for new homes and rentals has been skyrocketing in the cities. The property market has also recorded a high percentage in the demand for residential apartments, but a low percentage in new projects development.

Figures show that a two-bedroom bungalow put up for sale goes for N8million, while three-bedrooms is about N11million. For three-bedroom duplexes and four bedrooms, the price is N30million and N40million; all depends on the land space.

Industry experts explained that multiple taxation have posed threat to property development, consultancy, administration and required urgent action because it is stifling investment in the sector, as well as suffocating industry players.

The Chairman, Ebonyi State branch, Nigerian Institution of Estate Surveyors and Valuers (NIESV), Henry Odigwe, said the real estate market is not growing, like in other major cities because the government has been stifling the growth of this sector, albeit indirectly.

“The government has compulsorily acquired many peoples property and end up paying very little (far less than their worth) or no compensation.

“And they also impose an incredibly high rate in the form of property taxes, while also introducing new forms of taxes on property and other assets in the state. This has also made many businesses to relocate from Ebonyi State.

Despite the situation, some developers are still building, but compared to other states, rental and capital value of properties are relatively low. Residential real estate in the state enjoys higher demand than the commercial buildings such as apartments are higher than commercial properties.

“A situation whereby if you want to develop or even carryout minor repairs in your property, you will be subjected to outrageous payments in the name of community development levy or whatever name they call it scares prospective real estate investors,” she revealed.

Incidentally, some/ many of the areas have not been fully developed like: Obubura, Nwaezenyi, Azuebonyi, Iboko Parts of Ezza, Ikwo, Agbaja and Nwofe Down Ogbaga road. These areas with good road network are good for real estate investors.

She said that most of the land within the city/state is still not registered and as such you cannot conveniently carry out title search on them. “Considering the fact that the state is more of civil service driven in terms of its economic activities, the ability to pay adequate rent is second to none comparing the neighboring states.

“There is no real estate data market. Prospective investors cannot obtain knowledge of the market from outside the state. You must be in the state to have fair knowledge of the prices, location and other conditions.

“Well, ideally, the infrastructure is expected to have attracted more investors to the city, but incidentally, the presence of such investments are not felt in the real estate industry. We have recorded higher demand for sales than purchase in a recent past.

“Ironically, investors in the real estate industry are attracted to mostly land within the metropolis. One would have expected an expansion to the satellite towns but the reality is not the same. This can be attributed to the issues surrounding land titles in the state.

“Developers prefer an already developed plots, to either demolish and re-build or retain the existing development on the site. The reason being that they believe that the owner is known and the title can be traced, even searched for at the relevant ministries,” she said.

However, she suggested that the government should provide the enabling environment for investors, as land title registration is important for every real estate investor.

Professor of Estate Management and Environmental Valuation, University of Lagos, Austin Otegbelu, said the major cities in Abakiliki and Afikpo have no strong economic base to drive the property market.

He said, a good economic base would trigger effective demand and enhance the property market, adding that inadequate compensation for acquired land cannot lift the people out of poverty but rather impoverish them.

“In absolute terms, one can say that both residential and commercial property is growing but when considered in relation to inflation and declining value of the naira, it is not growing. In its current state it is not a good hedge against inflation.

“It is hoped that with massive infrastructure development in the state investors will be attracted to the state, if the government is strategic in choice of infrastructure, particularly the ones that could create value chain in agricultural investment.

According to him, the tax policy should also be both citizens and investor-friendly. “The government should be ready to provide its own equity contribution to attract investment.

“The outskirts of the state capital is attractive to developers as land value is low there and investors can create new neighborhoods with high value and growth potential.”