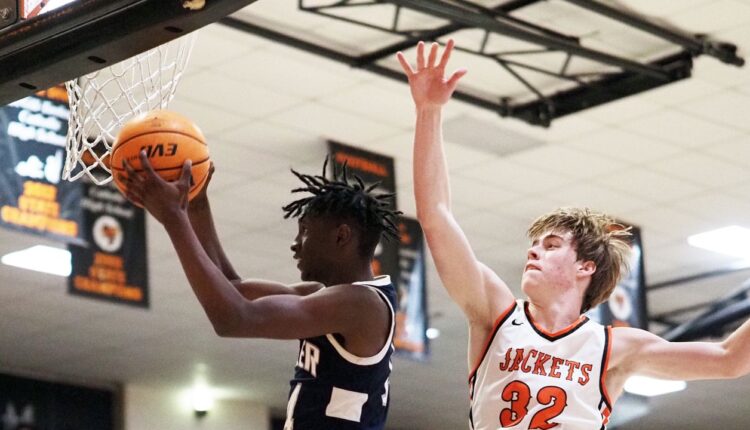 Baker jumped 18-4 ahead en route to a 62:53 win over McGill-Toolen on Thursday night on the second night of the Remax of Orange Beach Tip-Off tournament at McGill.

Labaron Philon and Jayven Williams each scored 22 points as the Hornets took the lead 36:18 at halftime before the Yellow Jackets (1-1) began to beat away.

Barry Dunning Jr., who was held at two points in the first half, scored 17 points in the fourth quarter, finishing the race with 26 points and 11 rebounds.

However, the Hornets knocked down 8 of 12 free throws in the fourth quarter, including 3 of 4 from Charles Taylor.

Myles Murphy added 13 points for the jackets receiving Mary Montgomery on Saturday at 7:30 p.m. on the final day of the Tip-Off tournament.

McGill opened the tournament on Wednesday with a 78-52 win over Faith Academy.

On the day he signed his letter of intent to play at the University of Arkansas, Barry Dunning Jr. scored 31 points and took eight rebounds. Myles Murphy scored 18 of his 25 points in the second half as the Jackets built a 30-23 half-time lead with 26 points in the third quarter.

Bennett Russ chips in 12 points. The jackets shot 60 percent off the ground, including 12 of 18 in the crucial 26-1 run in the third quarter.

Williamson 52, Hattiesburg 46: Williamson opened the season with an away win. Justin Brown led the way with 16 points and six assists. Anthony Johnson followed with 10 points, eight rebounds and two assists. Williamson will play another street game at Pascagoula High School on Saturday.

Editor’s Note: Basketball highlights for AL.com’s Roundups can be posted to [email protected]