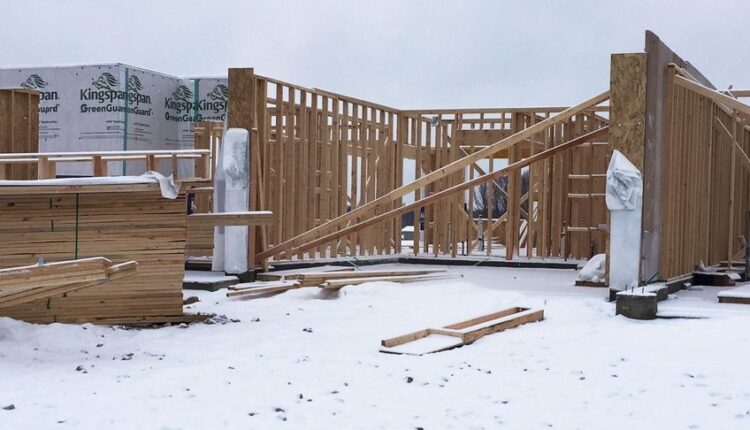 It is not as easy as, for example, in the late 1980s and in the 90s and early 2000s to see a complete subdivision that is going on in and around the Tri-Cities.

We haven’t seen or heard of a major new Parade of Homes subdivision, or even anything like the Northern Illinois Home Builders Association’s popular Cavalcade of Homes which has been unfolding into one major subdivision for many years.

The association had a cavalcade last fall, but it showed how things have changed during the pandemic, as well as an overall impact on how developers can view new projects.

Last year’s Cavalcade had 20 homes in six counties, at least five of which were in Naperville and others as far as Oswego and Plainfield and as far north as Crystal Lake – with places like Downers Grove, Glen Ellyn and LaGrange Park in between. Regarding our local connection, Shodeen Homes presented a home in the Elburn Station subdivision for this Cavalcade.

In this regard, it is like a “roadshow” concept for people to visit these homes from various builders such as Airhart Construction, Meritus Homes, Oak Hill Builders, and others.

The NIHBA reported that thousands of people “safely attended” this year’s Cavalcade under pandemic protocols.

“One change that was made this year was that all ticket sales were made online to increase safety,” said Jan Buscher, executive vice president of NIHBA, which is planning its next Cavalcade in 2022.

“The next one in 2022 will give builders a little more time to prepare for the next opportunity to participate,” added Buscher. “Aside from some increased cost of building materials, the housing industry has not been adversely affected by the pandemic.”

Hence, individual local developers are pushing subdivision projects, even though they are not as numerous as in the past.

“There are still subdivisions in places like Elburn and North Aurora, but it’s not as common as it used to be,” said Brian Henry, real estate agent at ReMax Excels in Geneva. Shown are houses under construction in the Lincoln Valley subdivision in Batavia / North Aurora.
– Courtesy Dave Heun

“There are still subdivisions in places like Elburn and North Aurora, but it’s not as common as it used to be,” said Brian Henry, real estate agent at ReMax Excels in Geneva. “Some bags are still being developed, sometimes for townhouses, sometimes for single-family homes.”

The best example of a large subdivision in the region is the Lincoln Valley, with various “age-appropriate” housing options and a “clubhouse living” pitch by national developer DR Horton and its Freedom Homes brand.

The Lincoln Valley extends over the former Fox Valley Country Club golf course along Route 25 between Batavia and North Aurora.

In the meantime, local contractor Keim Corp. and others continue to have houses in subdivisions up to three years ago. For Keim, Amber Woods Estates in Wheaton and Corron Estates on the north side of St. Charles or Autumn Ridge in North Aurora.

It is more likely that builders will undertake projects in a smaller space, such as the Nitti Builders’ Greenhouse Pointe along Western Avenue in Geneva.

Some larger projects between St. Charles and South Elgin on Randall Road appear to have been built shortly before the pandemic broke out, such as Trails of Silver Glen and Sagebrook on Crane Road.

The same goes for Regency Estates and Anthem Heights on Woodward Drive in the area behind West Aldi in St. Charles.

Even though a large Cavalcade of Homes in a huge subdivision like the one we saw so many years ago may not be in the works, the developers are still making a living and piquing the interest of those who enjoy visiting the models – and a bit travel to do this.

Restaurant on the bank side

More than a year ago, it appears, this column speculated that a great restaurant, perhaps a top-level condo, might well be in the empty grounds of BMO Harris Bank on the Fox River at 1 E. Main St. in St. Charles .

This spring this seems to be a reality – at least the restaurant section on the first floor. The Graceful Ordinary opens at this point as a joint venture between Chicago chef Chris Curren and his wife Megan along with Conrad and Curt Hurst, a father-son duo who run Frontier Development.

This multi-million dollar operation, touted as an upscale American waterfront tavern, will be another major leap into the downtown dining scene, and another development that should do well once the pandemic is under control.

We’ve already seen places like the nearby flagship on the Fuchs, Pollyana Brewing, and Alter Brewing that do quite well.

When the Arcada Theater reopens, there will be plenty of new promotions available to customers as you will see in the next column.

When he interviewed Arcada Theater front man Ron Onesti about a month ago when we could expect him to open his Rock ‘N Za pizza place next to the theater in downtown St. Charles, he hesitated to say.

At that time, he thought about changing the name of the pizzeria. As President and CEO of Onesti Entertainment, he has a million ideas, business decisions, and nostalgic memories (read his column in the Daily Herald?) On his mind. So it didn’t surprise me that his wheels turned too.

It seems he decided to stick with Rock ‘N Za when he sent out a press release last week saying he was planning to open the site “soon”. When that might not have been entirely clear, but we can expect to try pizzas named after famous musicians and all sorts of other interesting entertainment soon, and also when the pandemic restrictions are lifted.

Once the pandemic is over, music fans will have the extra pleasure of seeing what Onesti has been up to over the past year. The renovations and additions in the Arcada shouldn’t be in the charts.

To say we’re happy that Onesti held on to his commitment to St. Charles and downtown entertainment over the past year would be the first big understatement of 2021.

It’s no surprise that Kristi Beltran and her parents, Scott and Terry Beltran, owners of Daddios Diner in Batavia, have a different idea to help the people in the community while promoting daddios at the same time.

You have done it multiple times in the past and are back with the Pay It Forward program. It’s a pretty simple concept. If you’re okay or you’re lucky, you can buy a $ 2.50, $ 5, or $ 10 ticket that is posted on the diner’s community board.

It stays there until someone else who is having financial problems or having a bad day can pull it off the board and cash it in.

“Many of us know what it is like to have days when we fight and days when we are particularly lucky,” said Beltran. “Pay on luck when you have it and accept support when you need it.”

The dinner will also “pass on” part of the donations to regional organizations.