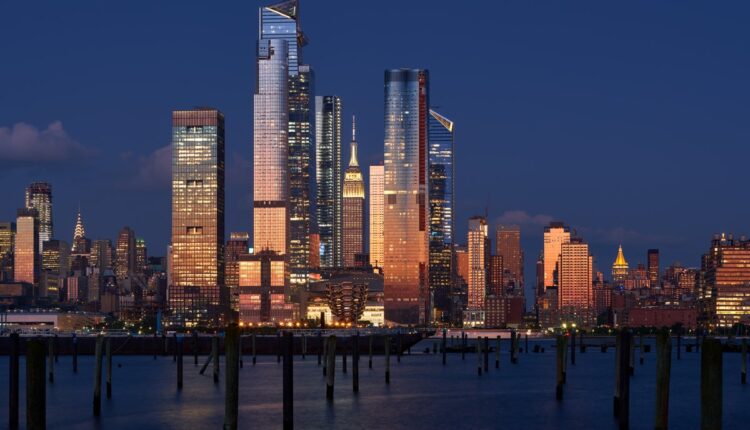 How These 5 Billionaires Used Real Estate To Build Their Empires

In April, Forbes produced an article outlining the industries that produced the most billionaires.

The list included some of the biggest names in the world: Warren Buffett (finance and investing), jeff bezos (technology) and Michael Bloomberg (media and entertainment). While each of these billionaires made major investment moves, it’s safe to say that these mega-rich CEOs know how to diversify their portfolios. Almost assuredly, their portfolios include real estate.

This can be evidenced by some of Bezos’ moves. Arrived Homes is a Jeff Bezos-backed real estate investment company that breaks down how retail investors can acquire single-family rentals with as little as $100. The company operates similarly to masterwork, which allows users to purchase fractional shares of artwork in an otherwise incredibly pricey investment that will appreciate in value over time. When it comes to investments, nothing feels safer during trying times, than art and real estate.

Perhaps that’s why these five billionaires built their fortunes by acquiring properties, homes, and land. Real estate produced 193 billionaires, equal to 7% of the entire list. Five of the most interesting real estate-made billionaires include:

Stan Kroenke: Owner of Kroenke Sports and Entertainment (holding company for Los Angeles Rams, Colorado Avalanche, Denver Nuggets, Arsenal FC and more), husband to Ann Walton Kroenkedaughter of Walmart Inc. Co-Founder James Walton, Kroenkey is a real estate legend. The Kroenke Group was founded in 1983 and made its money by building shopping centers and apartment complexes. Perhaps unsurprisingly, many of his plazas have been developed near Walmart stores. Kroenke also serves as chairman of St. Louis-based THF Realty, which specializes in suburban development.

Kroenke also buys land for uses other than housing and shopping. In 2006 he acquired Screaming Eagle Winery in Napa Valley. He also invests heavily in ranches, owning nearly 1 million acres. As of 2015 The Land Report magazine ranked him as the United States’ ninth-largest landowner. So, while he’s not quite on the Bill Gates level of land investments, it’s clear Kroenke sees the value in farmland.

Wu Yajun: The only female on this list, Yajun was at one time the world’s richest self-made woman. Starting as a journalist and editor, she wasn’t always wealthy or invested in the world of real estate. While writing, Yajun’s newspaper was controlled by the Construction Bureau of Chongqing Municipal Government, which paved the way for relationships that would later serve her well in the real estate realm. What’s now known as Longfor Properties, Yajun is the co-founder, chairwoman and former CEO of what’s now known as Longfor Properties.

Dan Gilbert: The 23rd-richest man in the world according to Forbes’ March 2022 report, Gilbert is the owner of Rocket Mortgage LLC, Rock Ventures LLC and the NBA’s Cleveland Cavaliers. Gilbert earned his law degree from Michigan State University and is a member of the State Bar of Michigan.

But it was a side venture in college that got Gilbert where he is today. He earned his real estate license while in college and worked part time at his parents’ Century 21 agency.

Rock Financial was launched in 1985 with several others, including his brother Gary Gilbert. The company survived in the 1980s and 1990s and turned a corner in the internet age, when it adopted a strategy that eventually helped to land them the title of the largest retail mortgage lender by volume in the United States.

Gilbert is a philanthropist and has led an ongoing rejuvenation effort in Detroit. Many of his companies stem from, are housed in and thrive in the city.

Peter Woo: Woo is a Hong Kong businessman whose estimated net worth was most recently estimated at $14 billion.

A University of Cincinnati alum, Woo earned his MBA from Columbia University, and began working in New York at Chase Manhattan Bank where he met his wife, Bessie. His wife’s family business was centered around real estate, with her father owning real estate development firm Wheelock & Co. Woo joined Wheelock & Co., eventually taking over the company.

Under his guidance the company has grown in size and reach and created a huge presence in Hong Kong. The company now develops and invests in retail, housing and office space.

Li Ka-shing: One of Asia’s most influential businesspeople, Ka-shing lives up to his Superman nickname. Despite losing around $14 billion between 2018 and 2020, Ka-shing recovered and is worth $34.8 billion today.

During the 1950s, Ka-shing had the insight to capitalize on emerging trends. He suspected rising rent costs and was able to buy and develop a building of his own. Later, when people were fleeing Hong Kong en masse, Ka-shing again took a gamble and capitalized on plummeting prices.

The result was a new real estate development company — Cheung Kong. Ka-shing’s Cheung Kong grew rapidly and was publicly listed in 1972. Ka-shing now has the biggest real estate fortune in the world. For perspective, Cheung Kong made up 4% of the aggregate market capitalization of the Hong Kong Stock Exchange in 2012.

Ka-shing’s notable transactions include The Center, which is the fifth-tallest skyscraper in Hong Kong. With a US value of $5.15 billion, the deal was the largest sale ever of office space in the Asia-Pacific region. Ka-shing also sold the Century Link complex in Shanghai for $2.95 billion, which was the second-largest transaction for a single building.

Looking for ways to boost your returns? Check out Benzinga’s coverage on Alternative Real Estate Investments:

Or browse current investment options based on your criteria with Benzinga’s Offering Screener.

Photo by Francois Roux on Shutterstock