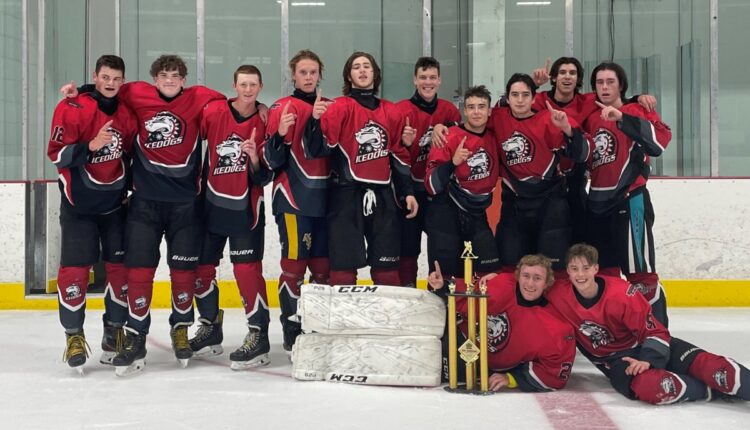 The season, which usually starts in early May, didn’t start until late July due to COVID restrictions.

However, over the course of the shortened season, it was positive that the teams were finally able to conquer the ice, in which they participated in a regular 5v5 hockey. For many, this was the first 5v5 hockey that had been played since March 2019.

After successfully completing their summer program last season, Ice Dogs Hockey expected to kick off the 2021 season in May with no delays, but it certainly didn’t. The delay was unfortunate news as they had added three additional teams in younger age groups and had a record number of player registrations.

Program Director Tim McConaghy commented, “After last summer everyone expected the smaller hockey to return to normal and after a few months everything came to a halt. By spring we were ready to start our season on time, but that was also postponed. ” . ”

When the teams could finally start tournament play, the Ice Dogs were ready to go. When it went live at the end of July, the teams would take part in five different tournaments.

In early August, the program sent a record 11 teams and 140 players to compete in CCT’s King of the Rings tournament in Toronto.

At King of the Rings, the Ice Dogs were able to win titles in three divisions. The championship rings went to the Starport Marina U18 Ice Dogs, Desjardin Insurance – Murray Hofstetter U16 Ice Dogs and the Ice Dogs U13 team.

At the CCT Champions Cup of Canada, the Millwood Logistics / Tryon Construction U13 team scored a perfect 5-0 to take this title.

“We are certainly pleased with what we have achieved in our delayed and shortened season,” said McConaghy. “We hope that our players got the most out of the tournament games, had fun and are better prepared for their upcoming smaller hockey seasons.”

He also said, “Kudos to our coaches, managers, administrators and sponsors. Without the time and support of all of these people, we couldn’t run such a successful program,” McConaghy noted.

Although based in Orillia, players from all smaller hockey associations can participate as there are no off-season hockey programs.