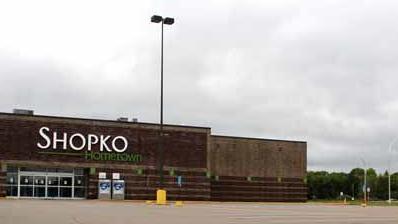 The action in the building, formerly rented by Shopko in Aitkin, has attracted a lot of attention over the past week, and the agent responsible for the property has indicated that there is interest in the property.

“They are both very different companies,” Ackerman said, adding that the companies are both family-owned and not “big stores.”

They also wouldn’t be in direct competition with any other Aitkin companies, she said.

“Nothing is set in stone,” warned Ackerman. “(But) I think both ideas would fit very well.”

The building has been essentially empty since June 2019 when Shopko closed all stores after filing for bankruptcy earlier this year. Ironically, the building used to house Pamida, who merged with Shopko in 2012. Ackerman said when Shopko left the goods were gone but many other items were left behind.

“They sold all the goods, but then turned around and went out the door,” she explained, adding that the former tenant had left behind shelves, displays and all of the office furniture, among other things.

Ackerman said the activity at the former shopko recently was that someone came to remove all of the material.

The building has received some interest in the past, but Ackerman coordinated a brainstorming session in the building in September 2020.

The group of around 20 met to think about ideas to fill the store with yet another retail opportunity.

Attendees included Senator Carrie Ruud, District 10B MP, Dale Lueck, a variety of representatives from the area’s economic development agencies, and then-Mayor of Aitkin Gary Tibbitts. Numerous ideas emerged from that session, but Ackerman indicated that the current interest is something else entirely and that a decision may be made soon.

Those in Real Estate Could Get Vaccine Priority: What That Means