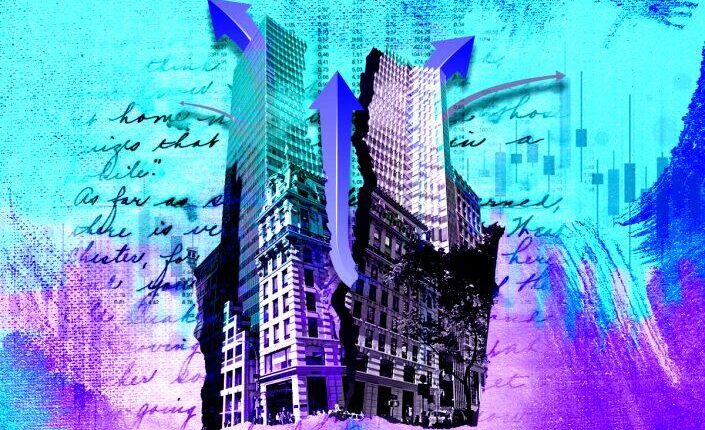 As Chung worked to close the deal at 452 Fifth Avenue, which would elevate him from a scrappy industrial builder to a Midtown office landlord, the Federal Reserve signaled it would raise interest rates to combat inflation. By May, the SOFR rate — a broad estimate of what it costs a bank to borrow — skyrocketed to 0.78 percent from near zero in mid-March.

Five months later, Chung blew past his deadline to close on the tower and lost his $35 million deposit.

While the deal had various challenges — Chung had trouble from the beginning raising the equity and took a gamble by putting down the initial deposit, sources said — rising rates certainly complicated matters. Chung had to fork over more and more money to secure financing. Innovo did not respond to a request for comment.

“We definitely think now is a good time to be the second-best bidder in the deal.”
— David Schwartz, Slate Property Group

And while it’s the largest transaction to fall apart since rates started ballooning earlier this year, it’s far from the only one. Buyers, sellers and holders across the city are trying to come to grips with an interest rate environment that many younger professionals have never seen in their lifetimes.

In June, the Fed raised interest rates by 75 basis points, the largest such increase since 1994. Economists expect similar hikes to follow in July and September.

Higher rates mean that financing becomes more expensive, which in turn means that property owners have to extract more money from their buildings to cover costs. At the least, it’s making sales more complicated, with all sides changing things around on the fly.

“There are certain transactions I’m working on where retrades haven’t been done yet but we’re totally expecting it,” said Andrew Sasson, a broker at Ackman-Ziff. “Lenders are re-trading on pricing to borrowers in the midst of transactions.”

As rates rise, dealmaking has slowed.

Across the country, sales of commercial properties fell 16 percent annually to $39.4 billion in April, according to MSCI Real Assets, declining for the first time in more than a year.

A wave of maturing office debt will further test the market, as owners may find that they can’t borrow as much as they did previously to repay their loans.

More than $7 billion of CMBS office loans in New York are due to mature this year, according to Trepp, more than in the previous three years combined.

Trepp’s Manus Clancy said on a recent podcast that more expensive borrowing costs will likely put pressure on owners who already had only a small buffer to cover their debt-service costs. In those cases, it’s likely owners will have to put equity into the deal when they refinance.

“At that point, that probably becomes a cash-in,” he said.

For property owners with maturing debt, refinancing options have not only become more costly, but also more restricted. In addition to rising rates, the CMBS market has receded in recent months amid inflation concerns and instability in Ukraine.

“The CMBS market is not functioning very well,” SL Green Realty president Andrew Mathias said at a Nareit conference in June. “There’s not a lot of cash buyers for Triple A bonds.”

With CMBS on the decline, borrowers instead have to turn to banks or debt funds for refinancing or new acquisitions. But even debt funds, who rely heavily on lines of credit known as warehouse financing, are closely tied to rate fluctuations.

“If you are buying stabilized real estate at a tight cap [rate]it’s tough to finance,” said Ian Ross, founder of the Manhattan-based development firm SomeraRoad.

Borrowers have protections against rising rates, but those, too, are becoming more expensive.

One such protection — interest rate caps — has increased in price tenfold over the past several months.

Lenders require most borrowers to protect against unexpected rate increases by purchasing rate caps, in which a counterparty agrees to make payments to the borrower if interest rates climb above a certain point.

Six months ago, a two-year cap on a $50 million loan would cost a borrower $85,000, according to the risk-management advisory Chatham Financial. That cap now costs $893,000.

Moore said that volatility in the commercial debt markets will continue to work its way through to cap prices. And like moving interest rates, uncertainty over how much caps will cost from the time a buyer signs a contract to the time they’re ready to close a deal is just another factor for borrowers to consider.

“It adds an additional layer of uncertainty and potential higher costs to underwriting,” he said.

Sellers may find that the interest rate environment warrants a more conservative approach.

David Ash, founder of Prince Realty Advisors, said owners may look to do more direct deals instead of a formally run marketing process, which gives them and buyers more flexibility to account for changing financing conditions.

“I’m seeing a lot more interest in doing things directly and quietly with people they know they can work with and close,” he said.

It’s clear that rising rates are making things difficult for buyers and sellers, but it’s not like they can skirt the issue by holding.

After Chung’s deal to buy the HSBC tower fell apart, its owner, Eli Elefant’s Property and Building Corp., had to refinance the property, since its existing loan was maturing. PBC ended up paying a higher rate at 3.9 percent — effectively a penalty for not selling.

In a few of these cases, the highest bidder in a deal might not be able to close on financing, leading to bidders with smaller offers coming away with a property.

“We definitely think now is a good time to be the second-best bidder in the deal,” said David Schwartz, co-founder of New York-based Slate Property Group.

Patrick Carroll, CEO of the development firm Carroll, said his firm picked up two South Florida deals recently after they fell out of contract with the initial buyer.

“When times like this happen, lenders get ultra, ultra choosey,” said Carroll.

When the pandemic struck New York City in March 2020, opportunistic investors were ready to pounce. However, distressed plays largely failed to materialize, thanks to record low interest rates, government stimulus packages and abundant capital. Now, those dynamics are changing.

SL Green’s Mathias said if the LIBOR or SOFR rate rises to 3 percent, some “capital structures are going to come under pressure.”

“You could see some interesting distressed opportunities,” he said.

A Secret Weapon in Preventing the Next Pandemic: Fruit…