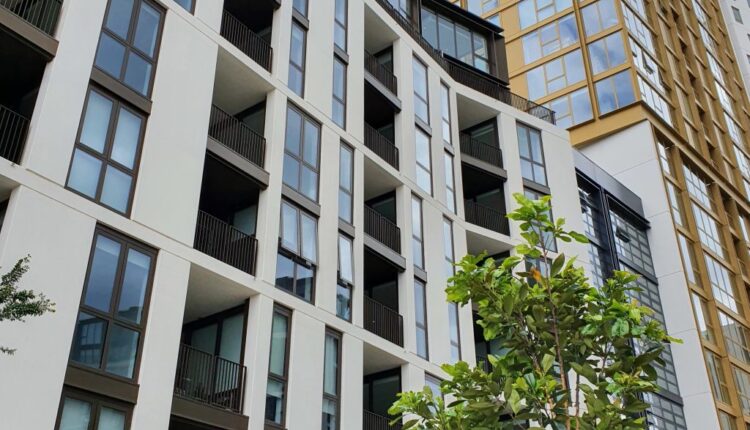 Is build-to-rent the next big thing in commercial property?

It’s an often misunderstood type of apartment, but it’s now dubbed one of the biggest commercial asset hits of 2021.

The build-to-rent sector – with its apartment building subsector as it is most commonly known to institutional investors – is experiencing unprecedented growth in Australia. A large number of projects are planned or construction is to begin over the next 12 months.

In the US and UK, where renting is a much more accepted form of housing, it is already a major draw for capital. It is finally recognized in Australia.

“It’s a bit early, but I think we’ll see it more and more now, if what we’ve seen overseas is something to see.

“Our biggest challenge is that local pension funds tend to be very conservative and this is a new kind of commercial asset class for them in Australia. But it offers a stable, solid return on investment and defensive income. Our new rental property in Sydney Olympic Park has a yield of approximately 4.5 percent. It’s a very stable income with upside potential. “

The concept of build-to-rent has been around internationally for some time, but has only just arrived physically in Australia. The first Sydney listing is now being rented to tenants.

These are 315 apartments in two towers called LIV Indigo, which are part of the development of 700 pavilions for apartments and terraces developed, maintained and managed by Mirvac.

Mirvac rents it for above-market rents and with far more facilities (such as on-site managers, gyms, work areas, a dining room, theater, and children’s playroom) than a regular building for sale. Tenants register for a year and can extend leases for as long as they want.

In the UK, for example, there are currently an estimated 170,000 rental homes in the planning, construction and operating phases in London, Birmingham, Manchester and other major cities.

But in Australia, Hansen has anticipated an explosion in occupancy rates from the start as rental homes are built or planned for Sydney, Melbourne and Perth, and developers keep an eye on Newcastle, Geelong and Wollongong and several other regional cities.

Luke Mackintosh, partner at Ernst & Young, Strategic and Transactional Real Estate, has been researching the area for six years and said that as an asset class, it exhibits similar resilience as the core business office and core retail.

“Because people live here, just like long-term infrastructure, it offers a secure stream of income. I call it the toll roads and bridges of residential buildings, ”said Mackintosh. “These are people’s houses, so they pay their rents. If they have problems, they can downsize to a smaller apartment in the same block or equally opt to expand.

“The buildings are institutionally owned, so they are cleaned and well-maintained, have amenities, and are community-oriented. It’s about keeping customers happy. The point is to attract and retain good tenants so they get “sticky” and less churn. “

With a low-risk profile and longer-term investment horizon, this type of commercial asset class is becoming increasingly attractive, especially to institutional investors who are now working with developers to raise the capital for this type of building.

Mirvac alone has three further rental projects in Melbourne, in Brunswick, Northbank and across from Queen Victoria Market in the CBD and another one in Brisbane’s Newstead.

Sentinel Real Estate Corporation has a rental property for Element 27 in Subiaco, Perth, and a second location with more than 200 apartments, while Blackstone and Greystar each have projects in Melbourne and other developers are also looking for opportunities.

Coronation Property, for example, is developing rental apartments as part of its multi-tower Mason + Main project in Merrylands in western Sydney.

“We believe that Build-to-Rent has a bright future,” said Aras Labutis, director of urban transformation for Coronation.

In NSW, an investigation by the agency CBRE found that the government’s move to cut property taxes in half and waive foreign investor surcharges for developers could further increase investment in the sector.

Although Australia has historically preferred owning property to renting, the issues of housing affordability have led many to consider renting as a long-term option.

Currently, nearly a third of Australians according to the last census and the country’s 11.76 million millennials and gen-zer – the under-35 market – often rent rent versus servicing mortgages, spending or spending more money on alternative forms of investment. They like the flexibility of renting so that they can more easily move around with career opportunities or, in normal times, opt for a period of time abroad.

At the same time, investor activity in the real estate market is declining, and overseas investments collapsed with new regulations and became almost dead with COVID-19.

As a result, new home construction has slowed and some developers are struggling to hit the pre-sale target of typically around 80 percent in order to get bank funding.

And in this growing void, Mr. Mackintosh sees potential.

“Apartment buildings – a sub-sector of the emerging class of rental housing – have the potential to stimulate large-scale new housing supply and ease the housing affordability crisis in Australia, while providing alternative home developer opportunities and stable long-term income for institutional investors, ”he said.

“When properly managed, apartment buildings will encourage institutional investors to enter the Australian housing sector to fill the void that private and individual investors have left.”

Does Axis Real Estate Investment Trust (KLSE:AXREIT) Deserve A Spot On Your Watchlist?

Could Canadian Housing Market Already Be Feeling Impact of US Election?

Real estate — commercial and residential — is picking up steam, despite pandemic |…