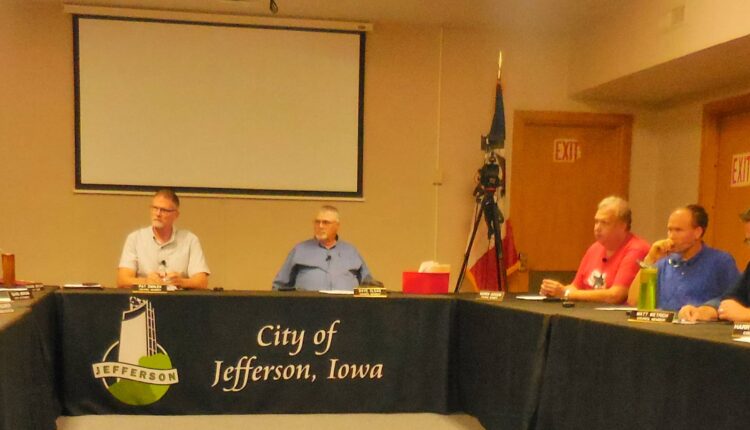 The Council approved to write-off bad debt from 2008-09 for utilities of $16,902, transferring $173,101 from the equipment revenue-internal sinking fund to the road use fund for reimbursing the purchase of a payloader, and an application for $137,500 from the Facade Rehabilitation program for the ReMax and Midwest Behavioral Services building on the downtown square. They also approved a plat of survey for Landus Cooperative to split off a parcel with the former soy building and keep another part of the parcel for their operations.

The Council approved to accept a $600,000 grant from the Iowa Economic Development Authority that was previously awarded for a housing project at the former middle school property and they set September 27th as the priority budget workshop.

Additionally, the Council approved a resolution authorizing to call for paying off the remaining $565,000 from the 2012 sewer bonds, the first reading to increase the sewer rates to 11-percent to begin the next fiscal year that starts July 1st, and set August 23rd at 5:30pm for a public hearing on the 2022 sewer revenue bonds for a $15 million project for upgrades to the facility.