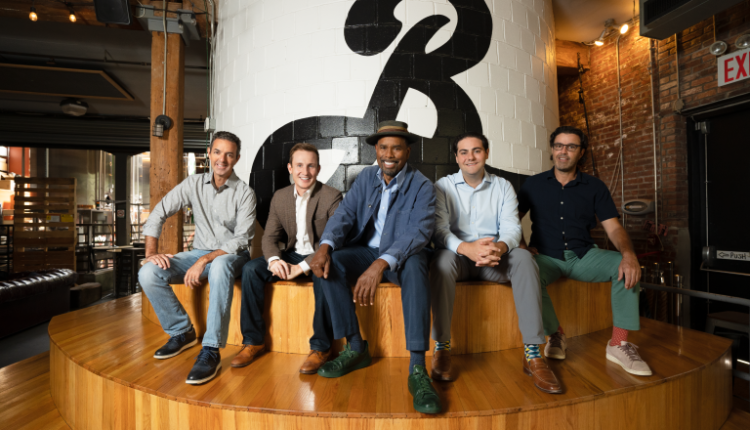 It’s that time of the year again when you’re forced to field awkward questions about why you aren’t moving back to your hometown while your dad yells about how overrated Eric Clapton is and your cousin tells you in-depth stories about her baby, all while trying to keep down overly dry turkey.

That’s right, it’s Thanksgiving. And this year Commercial Observer has got you covered with way more interesting — and less likely to cause an argument — dinner table conversations.

For starters, dig into our annual Lender Insights where we polled 18 of the top commercial real estate financiers in the country to get their takes on what they’re seeing in the market, how to weather these trying times and just how bad 2023 could get. (And it’s “Game of Thrones” themed so that can segue into a long discussion about how bad the final season was.)

“Do not over-leverage your property, and communicate with your lender,” PGIM Real Estate’s Melissa Farrell said in some very wise words to borrowers. “Protect your position by using fixed-rate debt or putting hedges in place.”

CO also polled lenders on what they would say if they had five minutes alone with Fed Chairman Jerome Powell.

“I’d keep this short and sweet,” JPMorgan Chase’s Kurt Stuart said. “We don’t want to see long-term inflation, and we don’t want the Fed to allow inflation to become self-perpetuating.”

More importantly, we asked the top lenders the burning question on everybody’s mind in this frightening market: Would they rather relive 2008 or traverse Jurassic Park on foot? In a sign of just how bad 2008 was, both Apollo’s Sang Yu and BMO’s Paul Vanderslice would rather take their chances against a velociraptor.

In news fit to shock the beer nerds in your family, Brooklyn Brewery plans to leave his nearly three-decade home in Williamsburg, Brooklynfor space in a new commercial development blocks away, but just over the border, in Greenpoint.

The brewery was founded in 1988 by a former Associated Press reporter and his downstairs neighbor and set up shop in a brick warehouse at 79 North 11th Street, in what was then the gritty and rough neighborhood.

It brought beermaking back to Kings County after a 20-year droughthelped usher in a new wave of craft breweries in the country, and was part of the long transformation of Williamsburg from an industrial neighborhood to an artists’ hub to its current form as an upscale enclave with pricey apartments, Michelin-starred restaurants and luxury retail.

That change led to Brooklyn Brewery’s ousting. Its longtime base of operations was sold, setting the company on a three-year search for a replacement, and eventually landing on a larger, 47,000-square-foot space at 1 Wythe Avenue.

But Brooklyn Brewery wasn’t the only yeast whisperer making moves in the city. Red Hook-based Sixpoint Brewery announced plans to open a new taproom and beer garden at the base of Brookfield Place, its first location outside of Brooklyn.

While the city’s beer purveyors found new homes, so did its only professional sports team to win a title in the past decade. The New York City Football Club (NYCFC) wants build the city’s first professional soccer stadium in the long-neglected Queens neighborhood Willets Point.

The stadium came after more than a decade of negotiations and will save NYCFC the indignity of bouncing around Yankee Stadium, Citi Field and, worst of it, its archnemesis’ home turf Red Bull Arena in New Jersey.

Aside from a 25,000-seat stadium, plans call for Related Companies and former Mets owner Sterling Equities to build a 250-key hotel, a 650-seat elementary school and 2,500 units of affordable housing.

And, in news for Upper East Side bibliophiles, Barnes & Noble will return to the neighborhood after shuttering its East 56th space in 2020, with the bookseller subleasing 16,744 square feet at 1556 Third Avenue.

The holiday might be a time to take stock of everything you’re thankful for in your life, especially your loved ones, but it’s also a time to get into some epic arguments at the dinner table (this author’s aunt and grandparents didn’t talk for almost a year after such a brouhaha). The same goes for those in the real estate industry.

The Moinian Group sued Ollie, the now-shuttered coliving firm it invested in, claiming it owes more than $467,000 in back rent for its Midtown South office space. Good luck getting the money back, as nobody involved in Ollie wanted to fess up to CO about owning the LLC that was sued.

Meanwhile, the owners of the “temporarily” closed The Wagner hotel filed for bankruptcy in order to stave off a forced sale. It partly blamed it woes on the $13.7 million rent its landlord, the Battery Park City Authority, claims it owes on the space, but the owners say otherwise.

And property owner Lionel Nazarian, owner of Nazarian Property Group, drew the ire of West Village residents and elected officials after contractors he hired to fix 14 Gay Street diverted from approved plans in repairing the basement, causing severe structural damage to the landmarked building. The building is now slated to be demolished.

Finally, Vornado Realty Trust had its $400 million commercial mortgage-backed securities loan on 350 Park Avenue transferred to special servicing last week. A Trepp alert said the reason was because of “imminent default,” but Vornado told CO that wasn’t the case and it requested the move due to a “complex consent request.”

Line up at Best Buy

Aside from in-family fighting, Thanksgiving is also known for the brawls strangers get into while trying to score deep discounts on pricey goods during Black Friday.

Shoppers have been flocking back to malls recently and retail sales reversed their downward trend this month, but consumer confidence is the lowest it’s been in a decade thanks to inflation and an impending recession. So don’t get your hopes up too much on a Booming Black Friday return.

“We think this holiday season is going to be OK,” Cushman & Wakefield senior economist James Bohnaker said. “Not the strength we saw last year, but not any significant decline.”

No red wave is bad news for DC real estate

It might be dicey to bring this one up at the Thanksgiving table, but the crash of the red wave that didn’t give Republicans control of the Senate means a missed opportunity for DC’s struggling office market.

Poor prospects for new legislation getting through a divided Congress mean fewer office upgrades for the lobbying firms and advocacy groups that seek to push policy priorities. Add on the increasing comfort of remote work and the federal government planning significant office downsizing in the future, and it equals continued trouble for the DC office market.

On a final note, spend some time digging into the fascinating story about how Brookfield’s Nailah Flake Pirouetted from almost dancing for the famed Alvin Ailey American Dance Theater to commercial real estateand now spends her days trying to keep Brookfield’s lending portfolio sturdy in this choppy market.

“I realized very quickly that I didn’t want to be a starring artist so I decided to keep dancing as a side passion,” said Flake. “Somehow I went from almost dancing for Alvin Ailey to being a commercial real estate lender.”

If only we did the same.