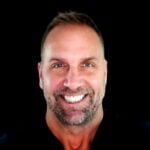 Eric Bloomquist, Tara Clark and Cynthia Nowak all join the growing marketing company shortly after it launched a new platform for agents. The trio brings a ‘combined 60 years’ of experience.

Inman events are the best way to connect. Gain insights and build your network this October at the virtual Inman Connect where we’ll explore the Industry’s Playbook for the Fall Market. Then, join us in January for Inman Connect New York, in person or virtually. Reserve your tickets now, prices will go up!

Collabra Technology, a startup that provides marketing services to real estate professionals, has added executives with experience at Zillow, eXp Realty and Redfin to its leadership roster, the company announced Tuesday.

The statement from Collabra notes that the trio “brings a combined 60 years of real estate industry experience as well as expertise scaling high-growth technology companies and promoting brand awareness.”

Bloomquist joins Collabra after working for more than seven years as a broker at eXp Realty. Recent years have also seen him serve as the chief operating officer at title and escrow company JetClosing, an advisor to digital closing startup Qualia and a vice president at title insurance company Radian. 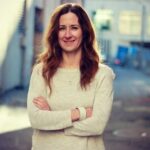 Clark comes to Collabra from LegalZoom, a technology firm that handles legal documents. Before that, she spent nearly 11 years at Zillow. Collabra’s statement describes her as “one of the original marketing hires” at the portal and notes that she worked on programs, such as Premier Agent.

Nowak most recently served as a vice president at Tom Ferry’s coaching firm FerryIntl. Prior to that, she spent more than three-and-a-half years in leadership roles at eXp Realty. She finished her tenure at the virtual brokerage as vice president of marketing and communications. She also spent three years at Zillow and more than two years at Redfin. 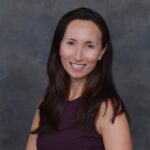 Collabra — which was founded in 2018 — described itself in Tuesday’s statement as attempting “to empower real estate professionals to build and maintain powerful spheres of influence.”

In June, the company launched a new platform, dubbed RElumio that provides such marketing resources for listings as websites and digital flyers. The platform is available to agents via partnerships with their multiple listing services (MLSs) and realtor associations.

In Tuesday’s statement, Cofano said he was “thrilled to bring on three new hires with vast and varied real estate expertise who understand the ever-shifting needs of brokers and agents.”

“Together,” Cofano added, “they will form a scrappy team of dreamers, designers, builders and marketers to bring our vision to life.”

Correction: Cynthia Nowak ended her time at eXp as vice president of marketing and communications. This post initially misstated her job title.

Outsourcing key marketing elements will save time and…

They wanted a different and powerful marketing tool. Here’s what they found.