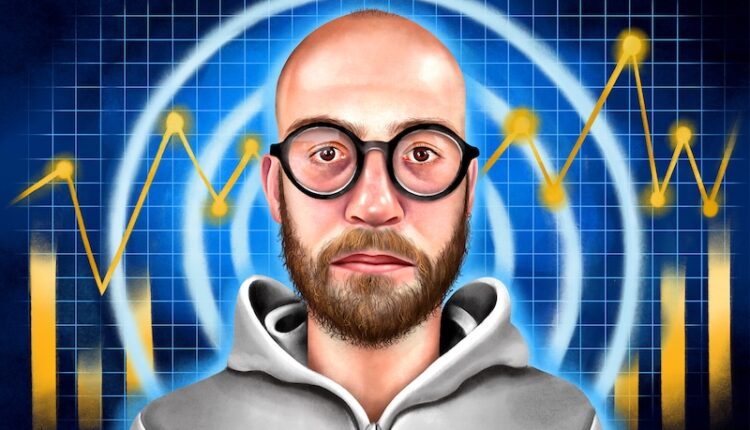 Houses under construction this month in Menifee, Calif. (Kyle Grillot/Bloomberg News)Comment on this story

It’s time to take a few steps back, build up a head of steam and dive head first into our favorite descriptive data sets and reader questions. Here’s the latest Data Dive!

Owners vs agents: who sells it best?

Do for-sale-by-owner sellers do better than sellers who hire a real estate agent?

Killer question! Agents definitely are winning in the marketplace: 90 percent of home sellers use an agent, according to the National Association of Realtors. Of the remainder, fewer than half are true for-sale-by-owner listings; most are sales between friends and family members.

Does that mean almost all of us are leaving tens of thousands of dollars on the table when we sell our homes, perhaps the highest-stakes financial transaction of our lives?

When three economists built a mammoth database tracking more than 2.2 million real estate transactions from 2000 to 2019, they found that owners consistently beat agents on sales price.

Owners reeled in 1 to 4.3 percent more for similar properties than agents did, depending on the market. And that’s before you consider that owners also are saving up to 3 percent by not paying a commission to a listing agent.

All told, the economists calculate that owners saved around $20,000 on a typical home sale, which averaged around $280,000 during the period studied.

The economists — Lily Shen of Clemson University, and Chris Cunningham and Kristopher Gerardi of the Atlanta Fed — focused on three major markets (Minneapolis, Houston and Charlotte) where they could use the multiple listing service (MLS) to track the performance of 16,000 individuals agents. They also scoured companies in each metro area to figure out which were full-service Realtors such as ReMax and Century 21 and which were “flat fee” brokers, who provide few services beyond listing a property on the MLS.

They found your choice of agent can have tremendous consequences. Switching from one of the worst (fifth percentile) listing agents to one of the best (95th percentile) would increase the sales price of your home by 15 to 20 percent. But only the very best agents were able to beat owners selling their own property.

In case you’re curious, the pattern among agents who represent buyers is similar to the pattern among selling agents: A top buying agent will negotiate a price 17 percent lower than one of their least-successful peers.

But the study found that it can be tough to identify these super-agents. Neither their seniority nor the size of their firm are predictive of their performance. In fact, more experienced listing agents appear to get slightly lower prices for their clients, both because they’re spreading their effort over a larger base of clients and because they tend to sell homes faster so they can move on to the next commission.

To be sure, the fine folks at the National Association of Realtors, which represents almost 1.6 million real estate agents nationwide, are skeptical of these findings. Troy Green, the association’s media and communications director, points out that a real estate agent provides services beyond just getting the highest price. He said the association’s own “data indicates that when a home seller tries to go at it alone, they tend to lose out on potential value for their homes.”

“There are benefits to working with an agent in addition to sales price and time on market,” Green told us, including “saving the seller’s time and minimizing disruption, advice on pricing, market knowledge and other valuable services.”

States with the highest living standards

Two economists recently undertook the herculean effort of comparing living standards across all 50 states, and we here at the Department of Data are enormously grateful. Partly because it means we don’t have to do it ourselves. But mostly because the results are mesmerizing.

It turns out that the sultans of standards, the lords of living, are none other than… Massachusetts and Minnesota!

Those of you with a borderline-unhealthy addiction to state stats (which is to say probably our entire readership) may find this a bit surprising. After all, neither state has the highest income (that’s Connecticut). Nor do they have the highest life expectancy (California and Hawaii). Or even the most leisure time (Mississippi and West Virginia work the least). But Massachusetts and Minnesota have the best balance across a panel of metrics that, combined, give people a holistic sense of well-being.

The numbers come from a study just published in the journal International Economic Review by Federal Reserve Board senior economist Elena Falcettoni and University of Houston economist Vegard M. Nygaard. The two attempt to answer a simple question: If you could choose what state you were born into, but not your race, gender, income or education, which state would be most likely to give you the best life?

In addition to the factors above, Falcettoni and Nygaard looked at education, inequality and spending. They also tested extensively to make sure the differences between states weren’t driven merely by the race, gender or education of their residents. One caveat: The data is a bit old — from 2013 to 2017 — because the figures are a hassle to collect and the economic-paper publishing process can be comically slow.

The findings reveal, as you might guess, that living standards tend to correlate with income. But income doesn’t explain all the differences: Hawaii has the fourth-lowest adjusted income in the country, but still manages to rank 13th in overall welfare because Hawaii residents tend to live longer, work less and enjoy a more equal society.

Meanwhile, Oklahoma — a respectable 23rd in income — is third from the bottom in overall well-being because it scores so poorly on life expectancy and education. The other bottom-ranked states are, for the record, the Deep South duo of Alabama and Mississippi (50th).

As a rule, high-income states that want to improve their ranking would do well to increase welfare by reducing the cost of living — for example, by making housing more affordable. Low-income states would be better off focusing on educating folks and raising life expectancy through public health efforts to discourage smoking, prevent gun deaths or improve environmental quality.

That’s the good news. The less good news? Older workers haven’t been the biggest beneficiaries of this age-friendly job bonanza. More on that soon.

Age-friendliness is hard to define and measure — after all, workers of all ages would like to set their own schedule and avoid backbreaking physical activity. So how did economists Daron Acemoglu and Nicolaj Mühlbach of the Massachusetts Institute of Technology and Andrew Scott of London Business School pull it off? (Mühlbach, who worked at MIT at the time of this research, now works as an analytics associate at McKinsey and Co.)

We here at the Department of Data are dedicated to exploring the weird and wondrous power of the data that defines our world. read more

They began with the results of an earlier, separate survey of about 1,800 American workers that, among many other factoids, pinpointed which job qualities older workers valued higher than their younger peers. In particular, workers age 62 and older were significantly more willing to accept a smaller paycheck if a job involved moderate physical activity, more time sitting and the autonomy to choose how to do their job.

“Everyone may like the contours of these jobs, but certain types might be prepared to take a job or an even lower wage because they like it much, much more,” said Scott, co-author of “The 100-Year Life: Living and Working in an Age of Longevity.” Firms should find that, if they offer the right perks, older Americans will accept less pay than younger workers would for those jobs.

They distilled those perks into plain-language descriptions of characteristics such as pace, autonomy, paid time off and teamwork. With a language-processing algorithm, they compared those descriptions to a monumental federal database that divides the US economy into more than 1,000 jobs and painstakingly enumerates the precise responsibilities and skills required for each. For example, animal breeders should be ready to “clip or shear hair on animals” and “maintain logs of semen specimens used and bred animals” and will need independence, self-control and “arm-hand steadiness.”

By matching broad preferences with detailed tasks, the economists could score every job on an index of age-friendliness. When all was said and done, the most age-friendly jobs in 2020 included guides, ticket and reservation agents, receptionists and information clerks, and advertising and sales positions. The least-age-friendly jobs included concrete and cement work, carpenters, painters and masons.

In general, the jobs held by older workers tend to involve fewer physical demands and hazards, as well as lower output in terms of widgets produced or tasks accomplished. They also tend to require more communication but offer more recognition, such as leadership or prestige, and better working conditions.

“Whilst older workers have the greater preference for these jobs, they do also appeal to women — and graduates in particular,” Scott said.

Older men may also feel they’re locked into less-age-friendly jobs by the skills they’ve acquired over decades. For example, a master carpenter — who probably makes quite a good wage — may not be ready or able to abandon that mastery and take age-friendly work as a guide or proofreader.

Hey friends! The Department of Data is on the lookout for quantifiable queries. What are you curious about: The city with the most dangerous traffic? The demographic groups with the highest rates of intermarriage? The jobs parents are most likely to hand down to their kids? Just ask!

If your question inspires a column, we’ll send an official Department of Data button and ID card. To get every question, answer and factoid in your inbox as soon as we publish, sign up here. This week’s buttons go to Atul and to Leslie Carol of Colorado Springs, who was one of several readers to ask about job prospects for older workers.

The Business of Clinical Trials Is Booming. Private Equity Has Taken Notice.

Happenings in Wellington for February 2023