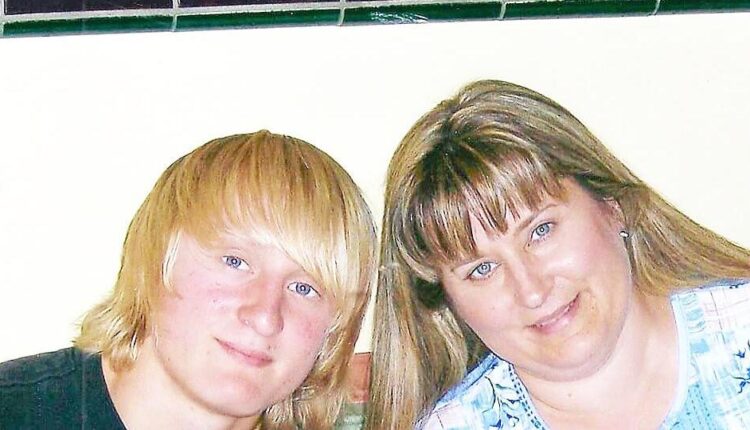 BELLINGHAM — On Sept. 24, Jason Brockmann would have turned 30.

On March 4, 2011, the then-Meridian High School senior was a pedestrian hit by a car and killed near his home.

Brockmann had been with friends and was simply walking home. In his death, he first gave back with organ and tissue donation.

According to his mother, Tammy, he is still giving back. Tammy Brockmann ups the ante each year by writing letters and approaching friends, groups, and companies for donations of socks—or funds to buy socks—which she donates to the homeless.

“He was such a bright light in this world and the sky is dull now that he is physically gone,” Tammy Brockmann wrote. “A smile from Jason was like pure sunshine and everyone loved being around him and his fun loving style. Jason had such a sweetness and purity of purpose within and his manner of being was uplifting and calming to anyone struggling physically, emotionally, socially or spiritually. He was loved and valued by so many friends and family and was known for being very loyal and for never saying a bad word about anyone. He didn’t judge others and modeled the love of Jesus perfectly by loving others unconditionally.”

While Jason grew up on San Juan Island and in Utah, the family had relocated to Whatcom County and he was a student-athlete at MHS playing year-round sports – soccer, baseball, basketball, football and/or wrestling.

So much was ahead for him after all he had tested at the 12th grade level in all of his classes in the seventh grade.

Since Jason had completed his credits for graduation, the school gave his diploma to his parents, Tammy, Ted and Jan Brockmann.

“The principal handed it to us at the start of the ceremony,” Tammy Brockmann said.

While Tammy greatly misses her son, and maintains a Facebook memory page for him and decorates his Woodlawn Cemetery gravesite for each season and holiday, she started remembering him each September by doing something he would have appreciated and something needed in the community: the sock drive in his memory to benefit those at the Lighthouse Mission.

“He volunteered at the Lighthouse Mission for his senior project,” Tammy Brockmann wrote in her son’s obituary. “In the Fall of 2011 he planned to either start college and study business and accounting or take a year off to work in sales and build savings.”

In the coming colder damp months, Tammy, who works in healthcare, is keenly aware of how easy it is for feet of those living outside to develop infections.

Anyone who would like to donate can leave new socks or a financial contribution at Franz Bakery Outlet at 156 Kelly Road, Bellingham; Lilac Listings at REMAX at 913 Lakeway Drive, Bellingham; or call/text Tammy at 360-333-8923. Her email is [email protected]