Ramona Fitness Center owner Peter San Nicolas is renovating his gym and is partnering with TG The Gym brand to open new gyms in other states.

Starting January 1, the gym on Main Street in San Nicolas will be known as TG The Gym Ramona.

“I believe the time for a company to shake things up and create new energy, and this is the time,” said San Nicolas.

San Nicolas estimates he will spend about $ 30,000 on new equipment and $ 45,000 on remodeling over the next few months.

The renovation includes renovating the gym’s 1,500-square-foot group training area, which is home to multiple programs. Among them is the Fuel 50 program, which offers 50 minutes of high-intensity, functional fat-burning training. Other programs that use the space include Zumba fitness classes, a Silver Sneakers class, and the Ultimate Athlete teen training program. 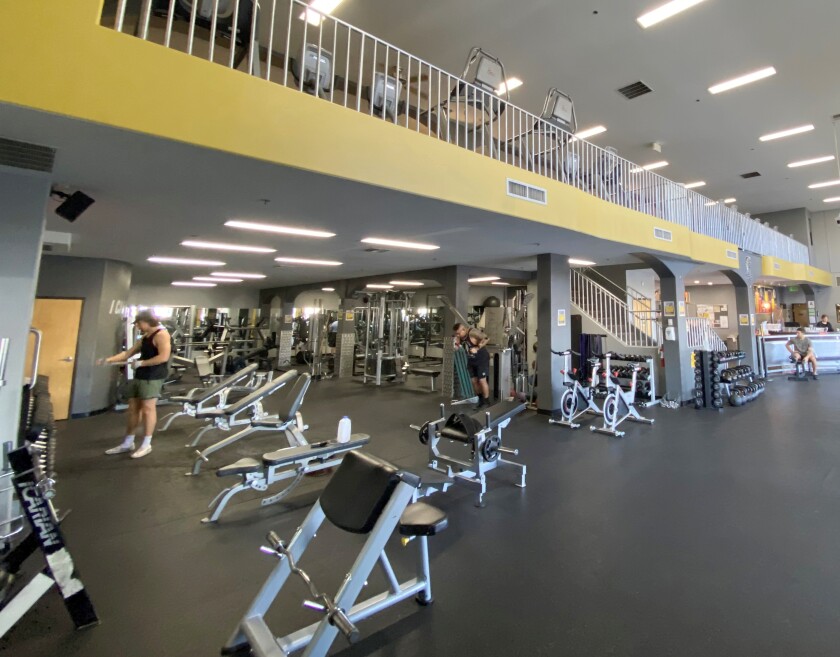 A group training area is being renovated and new equipment is being installed in the Ramona Fitness Center.

In addition, the TG Well Being Performance and Rejuvenation Clinic will soon open for customers who are getting older and struggling with testosterone or hormone problems. From January, according to San Nicolas, participants will be able to work with medical professionals and clinicians.

San Nicolas partners with San Diego-based TG The Gym founder George Jackson, who has been in the fitness industry for 36 years.

“We have the same beliefs and I was inspired by what they did,” he said.

When he joined the TG The Gym team, he said he will use his real estate experience to open and reopen closed gyms in California, Arizona, Texas and possibly Idaho. As a real estate agent at ReMAX, San Nicolas specializes in listing properties as well as commercial property sales and business development work.

San Nicolas, a competitive bodybuilder, met Jackson while training in his gym. The two initially plan to build a 27,000-square-foot gym in Phoenix over the next year and a half and quickly reopen an existing gym in Northern California.

“You step into an environment where people understand that it is time to get the job done – train hard and get healthier,” said Jackson. “Some people have referred to us as a graduate school for gyms. Everyone should take their health seriously, especially in these times. “

San Nicolas has owned the Ramona Fitness Center for nearly 21 years. He was hired there for his first job when he was 16, then worked there through high school, and for the last year and a half he studied business administration at San Diego State University. He saved enough cash in 2001 when he was 22 to pay a down payment on the business and then built a new building in 2006, he said.