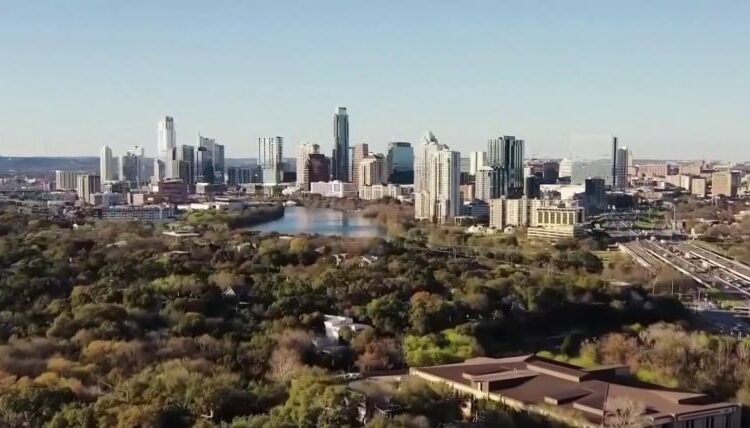 While Covid was battering the US economy, Gary Goldberg seems to have done OK.

During 2020, the pandemic’s first year, the Santa Barbara, California, real estate agent sold more than $27 million worth of luxury homes, slightly down from the $31 million he closed the year before, according to data from Zillow. In 2021, he sold $82 million worth of real estate.

He also applied for and two received loans totaling $95,832 via the federal government’s Covid relief Paycheck Protection Program, according to public records. In his applications, he listed one employee.

Federal records show he also asked for and received forgiveness for both loans by November 2021, meaning he had met certain criteria and did not have to pay them back.

There’s no indication Goldberg did anything illegal and he’s certainly not alone. As real estate sales — and commissions — rose during the pandemic, individual agents also got a helping hand from taxpayers.

The federal government authorized more than 300,000 loans to real estate entities claiming just one employee, adding up to $3.9 billion in Paycheck Protection Program (PPP) loans backed by the US Small Business Administration, according to data from the government’s Pandemic Response Accountability Committee (PRAC ), which overseas pandemic relief spending.

All the loans were made with the understanding that they would be forgiven if the recipient met certain criteria, like spending 60 percent of the loan on payroll, and the rest of eligible expenses. So far $3.1 billion of these real estate loans have been forgiven, and the government has significantly sped up its forgiveness in the past eight months. For the remaining $800 million in loans, borrowers have either not asked for forgiveness, they have been denied or the SBA and the lenders who issued the loans have not yet granted it.

The SBA says it has denied forgiveness for about 12,200 loans, and about 4,200 borrowers have appealed denials.

The $789 billion Paycheck Protection Program was intended to rescue American jobs and shore up businesses during the pandemic. Now 80 percent of all PPP loans — 9.9 million of them — and 84 percent of the total dollar amount have been forgiven by the SBA, according to the PRAC.

For real estate entities the percentage of forgiveness is almost the same, at 83 percent of all loans and 84 percent of the dollar amount, according to the PRAC website.

A senior SBA official told NBC News the multiple pieces of legislation that were voted on by both Democrats and Republicans and signed by President Donald Trump were “extremely liberal” and “extremely generous” when it came to loan forgiveness.

PPP loans were issued by private lenders and backed by the SBA. If a borrower wants a loan forgiven, they apply to their lender or SBA for forgiveness and submit forms and documentation.

In most instances, the lender makes a recommendation to SBA about forgiveness or denial. In some cases, an eligible borrower may apply through SBA for “direct forgiveness” and SBA then sends the application to the lender for approval.

In addition to denying forgiveness for 12,200 loans, the SBA has also pulled aside 215,000 selected loans for manual review, according to a senior SBA official.

In a statement, SBA spokesperson Han Nguyen said, “[U]nder the previous administration, Congress prescribed in the CARES Act that PPP loans were to be forgiven as long as funds were used as required.”

“Since one day, the Biden-Harris administration has worked to mitigate inappropriate use of funds and ensure good stewardship of taxpayer dollars — and will continue to do so — to the extent allowed by law.”

Stackley defended those who asked for PPP loan forgiveness, saying if they received loans in good faith and followed the program’s rules “then that is what the SBA and Congress intended to happen.”

But while industries like restaurants and tourism suffered during the pandemic, residential real estate boomed.

Steve Murray, a partner at Real Trends Consulting, said when the pandemic hit real estate brokers panicked because of the canceled open houses. But he said that by early May 2020 it was clear from nationwide open house data that people were looking at houses again and “something was about to happen.”

“I’ve been in this business since the 1970’s and I’ve never seen that kind of explosion in sales,” said Murray.

Commissions soared as well. Murray says before the pandemic total residential commissions nationwide in 2019 were $76.2 billion. But in 2020, during the pandemic, they rose to $85.9 billion. In 2021 commissions went even higher, hitting a record $98.8 billion.

NBC News reached out to real estate agents who had a successful year in sales in 2020 and obtained PPP loans in excess of $90,000 that were then wholly or partially forgiven by the federal government.

Tina Guerrieri, who sells houses in suburban Philadelphia, sold more than $25 million worth of real estate in 2020, according to Zillow, and she also got a PPP loan for $100,000. Her loan was forgiven in 2021, and she no longer has to pay the money back, according to public records.

NBC News asked Guerrieri why she needed the $100,000. She told a reporter she did not want to share what she used the money for or how it was approved, saying, “So many people know me, I wouldn’t want all those details shared.”

Real estate agent Jenna Jacques sold $25 million worth of real estate in Scottsdale, Arizona, in 2020 according to Zillow data. She also received three loans totaling $141,664 that were all forgiven by the federal government. Jacques did not respond to multiple requests for comment.

New Jersey commercial real estate agent Shane Wierks got two PPP loans for $151,833, according to federal records, and has paid $103,000 back to the federal government. Public records show $48,918 was forgiven. He said based on his conversations with other real estate agents that was “pretty much what everyone got.”

One real estate agent who got the money told NBC News she came to believe that asking for a loan of taxpayer money to be forgiven after a successful year could be inappropriate.

Records show $36,000 of the loan was forgiven, but Patek said she’s going to pay it all back because she was so successful selling in Austin’s hot 2020 market.

“I’m almost finished paying it off. It ended up being a crazy year because I’m in Austin and I didn’t feel right asking for it to be forgiven.”