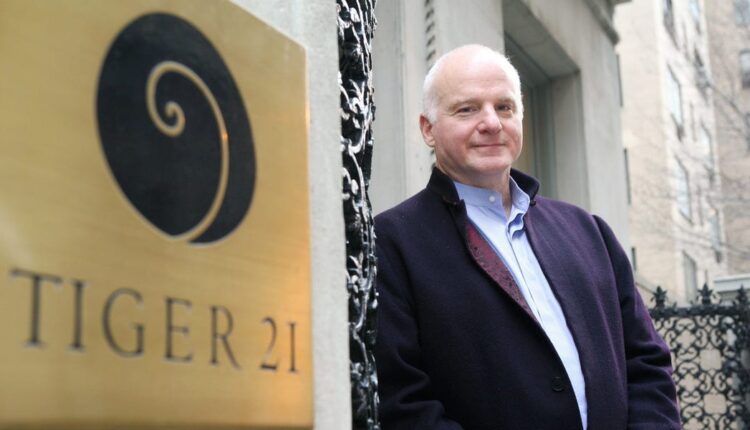 There are over 1,000 Tiger 21 members – and each has a net worth of between $10 million and $1 billion. However, this does not mean that the group’s investors have radically different concerns than the average retail investor, especially in the current market environment.

“Inflation and dysfunction are two of our members’ top economic concerns right now,” TIGER 21 chairman and founder Michael Sonnenfeldt said in a recent interview with Insider. “Preserving wealth for her family and children will always be a very important issue.”

TIGER 21 is a global peer-to-peer learning network for high net worth investors and entrepreneurs. Membership in the respected group — whose name stands for “The Investment Group for Enhanced Results in the 21st Century” — costs around $30,000 a year.

The US CPI rose 7% in December 2021, meaning inflation hit a 40-year high. Sonnenfeldt told Insiders that TIGER 21 members are investing in real estate, electric vehicle stocks and cryptocurrencies to insulate their portfolios.

“Our members have created their own wealth, usually by running their own businesses,” he said. “The number one industry that is represented is real estate, but we also have close to two dozen crypto investors, fund managers or experts in the network.”

Sonnenfeldt spoke to Insider about his group’s investment strategies for the three types of investments — all of which were top picks for private investors over the past year.

There are two main ways for retail investors to gain exposure to the real estate market – by buying physical properties or by investing in REITs (Real Estate Investment Trusts). Sonnenfeldt said that TIGER 21 members prefer the first of these two strategies.

“We have some of the best real estate developers and owner-operators in the world,” he said. “So it’s only natural that they invest directly in real estate and not in REITs.”

Real estate is often viewed as a hedge or “safe haven” as property values ​​and rental prices rise with inflation. According to Sonnenfeldt, TIGER 21 members see houses and apartment REITs as the most stable investments in the current volatile market.

“The least volatile assets that would make up the core of many of our members’ portfolios are blue-collar and middle-class housing,” he told Insider. “Unless you are a real estate developer yourself, you are most likely investing in residential real estate – it gives you a constant and low cash flow

Insider recently published a guide to investing directly in real estate, even if you’re short on cash. Equity Residential (EQR) and AvalonBay Communities (AVB) are two of the largest publicly traded REITs — each with around $30 billion in assets under management.

Tesla has been one of the stock market’s success stories in recent years, returning nearly 1,600% since the beginning of 2019. Competitors Rivian and Lucid, makers of electric vehicles, have also been made public

mergers in the past year.

Some analysts have questioned whether the high prices of these assets reflect their underlying numbers, but Sonnenfeldt said these types of debates make the assets even more attractive to TIGER 21 members.

“It’s very difficult to determine the value of a company like Tesla,” he said. “But these are the kinds of conversations that would be had in a TIGER 21 local group meeting — there would be a debate comparing Tesla and Rivian.”

In addition, TIGER 21 members invest in EV stocks to buy into the energy storage and environmental protection aspects.

“EVs are part of the climate investment theme,” Sonnenfeldt told Insider. “A generation ago, 28% of public stocks were represented by fossil fuel companies. Today that number is below 3%. It is the greatest erosion of relative value in the history of finance.”

Cryptocurrencies surged in 2021 but have plummeted so far this year, with Bitcoin plunging below $35,000 for the first time in six months. But Sonnenfeldt said TIGER 21 members are still curious about the potential of larger cryptocurrencies to become “digital gold”-style safe havens.

“Historically, people viewed gold as a hedge against inflation, but it’s more of a hedge against instability,” he said. “Our members think of Bitcoin and Ethereum in the same way – they create a sense of stability.”

“If Russia invades Ukraine, people will be nervous about fiat currencies and the value of bitcoin could skyrocket,” added Sonnenfeldt. “Bitcoin is obviously a highly volatile asset, but its performance has been remarkable. It’s almost a trillion dollars

In terms of individual tokens, Sonnenfelt said TIGER 21 members are more likely to own larger-cap coins like Bitcoin and Ether — but tend to steer clear of “meme coins” like Dogecoin and Shiba Inu, which have no fundamental underlying value.

“An asset like Dogecoin just isn’t in the culture of our members trying to be responsible custodians of wealth,” he told Insider. “We try to learn from each other, not to go to excess and only take risks when it makes sense.”

The Doctor Didn’t Show Up, but the Hospital ER Still Charged $1,012