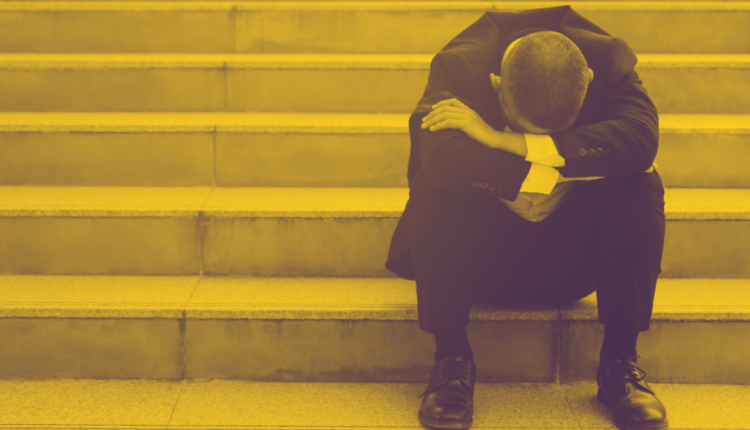 In a shifting real estate market, the guidance and expertise that Inman imparts are never more valuable. Whether at our events, or with our daily news coverage and how-to journalism, we’re here to help you build your business, adopt the right tools — and make money. Join us in person in Las Vegas at Connect, and utilize your Select subscription for all the information you need to make the right decisions. When the waters get choppy, trust Inman to help you navigate.

Here was the headline in The Street’s report on the Compass and Redfin layoffs last week: “Real Estate Companies are Laying Off Staff Right and Left.”

Counterpoint: No, they’re not.

Here was Newsweek’s: “What Real Estate Layoffs Tell Us About the Housing Market.”

And here was the headline from my friends at Inman: “Do Layoffs at Compass and Redfin Signal a Looming Real Estate Purge?”

Here’s the reality. The companies that laid people off are either investor-driven companies that are losing money and share price, startups with unproven business models, or refi-dependent mortgage and title companies. They all attract a vast amount of attention from the cognoscenti, but they are wholly unrepresentative of the industry as a whole.

Even worse, their layoffs were based on problems with their intrinsic business models, but coverage of the layoffs suggested that they were the result of changes in the housing market and economy — sparking a misleading narrative that a declining real estate market is going to spur widespread layoffs throughout the industry.

So why do I say those companies are not representative of the larger industry? Well, let’s look at this list helpfully compiled by Inman identifying 18 companies that recently laid off people, and break them down into my three categories:

Two of the 18, of course, are compass other Redfin, who announced 8-10 percent staff layoffs last week. But neither company is representative of the larger brokerage community.

Indeed, that’s been their precise pitch to the investors who have indulged them over the past decade: “we’re not real estate brokerages, we’re tech companies!” That camouflage worked for a long time, even while Compass lost $500 million other Red fin $110 million in 2021, the best market in the history of housing.

Now, please note that I’m not trying to bash my colleagues in the brokerage business. I’ve worked at a brokerage for 20 years; it’s never easy. And Compass and Redfin are both extraordinary companies run by clever people who will get them past this.

Six of the other companies laying off people recently are startups with business models that have not yet proven their ability to actually make money:

Again, though, the narrative that their layoffs signal something about the larger industry is misleading. These companies aren’t representative of the vast majority of brokerages. Two of them are discount brokerages that are uniquely and exquisitely sensitive to any slowdown in a sellers’ market because their pitch becomes a lot tougher when homes aren’t selling in three days above asking price.

The others are interesting companies that are trying to provide a useful service to consumers or the industry, but they expanded aggressively during a hot market, so they’re also particularly sensitive to any change in the housing environment. But it’s not the market — startups are always expanding and contracting, and they’re wholly unrepresentative of most real estate companies, which are more stable (and boring).

Again, I’m not criticizing these companies. Indeed, I’ve worked with startups, and I know how challenging it can be to build a great company from scratch. But it’s a little bit funny that when the media reports that disruptive startups are expanding and hiring, the narrative is about how clever and disruptive their business model is; but when the media reports that they’re firing people, the story is suddenly problems with the market.

All mortgage and title companies benefitted immensely from the soaring refi business of the past few yearsbut some of the companies that laid people off were particularly reliant on refis because they lacked lead pipelines for purchase business from real estate brokerages and agents. But refis are obviously dead this year because anyone who was going to refinance probably did it in the past few years.

These 10 mortgage and title companies aren’t alone. I expect that more mortgage and title companies are probably going to cut staff this year because they simply won’t have the transactional load they used to have with refis gone. Yes, rising rates are obviously also going to affect real estate brokerages as well, but companies (like real estate brokerages) that depend more on purchase-and-sale business are going to be in much better shape than those that have historically relied on refis .

So what’s my point? I just don’t think that the 18 companies identified by Inman are representative of the health of the industry. And I resent some of these companies trying to make excuses for their layoffs by crafting a narrative that it’s the market’s fault, rather than a problem with their business models or business plans.

You need to lay people off? Own it. Don’t bring the whole market down with you.

Yes, the housing market is cooling, but in the same way that a pie fresh out of the oven is cooling — “cooling” is not the same as “cold.” We used to have five buyers for every seller. Now, we have two or three buyers for every seller. We still don’t have enough listings, and many of those buyers are simply getting 7-year adjustables instead of 30-year fixed rates to get their mortgages. I still think there’s a lot of meat on this bone.

So let’s stop blaming the market for whatever problems we have, and get back to work.

Joe Rand is the Executive Director of the Broker Public Portal, the Chief Creative Officer of Howard Hanna | Rand Realty in New York, New Jersey, and Connecticut, and the author of Disruptors, Discounters & Doubters other How to be a Great Real Estate Agent.