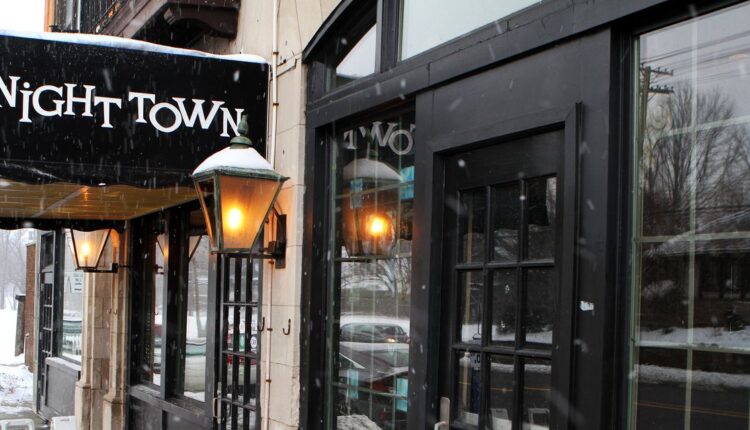 CLEVELAND, Ohio – A representative for a local real estate investment firm confirmed Monday that the company and another investor have purchased Nighttown in Cleveland Heights. However, the new owners declined to give many details about the future of the famous restaurant and jazz club.

The Realife Real Estate Group, together with the investor Rico Pietro, bought the Cedar Road Club and two properties directly in the east, said James Asimes, Director of Acquisitions at Realife, in an interview. These include 16 apartments above Nighttown, a beauty salon, an office for a construction company, a parking lot and a former Fifth Third Bank in which the Mexican grocery chain Chipotle plans to open another location.

The new owners and previous owners Brendan Ring completed the sale on December 31st. Cuyahoga County’s real estate records do not list sales prices for any of the buildings, and Asimes declined to disclose.

“I think it’s a great area,” said Asimes, who added that he lived near Nighttown when he attended Case Western Reserve University law school.

Opened in 1965, like other restaurants and entertainment venues, the club had to grapple with the coronavirus pandemic. Ring, which previously owned the Cedar Fairmount business district institution, closed the restaurant indefinitely in November. However, he and his family members attended a concert that the club broadcast live on New Year’s Eve.

Asimes said the club would remain closed for the near future because of the pandemic. He declined to give details about the club’s future and other plans for the properties, but said the owners’ tentative plan is to do some renovation and reopen on July 1.

“It has a regional reputation and has been a mainstay for over half a century,” said Asimes of the club, known by locals for its comfortable, old-school feel with James Joyce etchings and newspaper pages on the wall.

Ring said last week that the new owners are in “late negotiations with one of the big guns in Cleveland in the dining world, a great chef.” Asimes said he expected to share more in the next month.

Yaron Kandelker heads Realife and his offices are in a building on West 3rd Street in downtown Cleveland. The company owns office and apartment buildings in the Cleveland area – including the building that houses Zack Bruell’s Parallax restaurant in the Tremont neighborhood – and several properties in Florida.

Pietro is a principal at the real estate company Cushman & Wakefield / Cresco.

Ring said last week that he sold the property after he and his wife suffered some health setbacks in 2020. Asimes said his group made their offer to buy the property within the past few months.

Even as the pandemic decimated the restaurant and concert industry in 2020, Cleveland Heights leaders see a bright future for Cedar Fairmount, and recent investments bear out that view.

Nearby, The Ascent at Top of the Hill is under construction, an $ 83 million development that will add 261 homes and 11,000 feet of retail space on four acres where Cedar Road meets Euclid Heights Boulevard.

Cleveland Heights City Councilor Michael Ungar, chairman of the suburb’s planning and development committee, noted that he always viewed Nighttown and other nearby established bars and shops as connected to the new development.

“I’ve always thought that the ability to maintain and blend that mood with what happened up on Cedar Hill is really important,” said Ungar, adding that tax revenues will benefit the city.

Asimes said he also sees potential in the region.

“It’s close to the second largest employment center in the area (with University Circle) and there’s a good amount of wealth in the area,” he said.

“I think it has improved a lot in the last five to ten years, and I think there is still a runway to go up from there.”