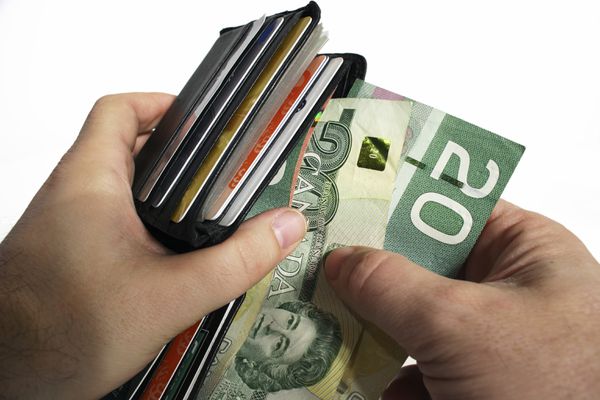 Canadians who have been able to keep a stockpile of cash are better prepared for the impending recession.Denis Pepin/Getty Images/iStockphoto

Getting caught up on a week that got away? Here’s your weekly digest of The Globe’s most essential business and investing stories, with insights and analysis from the pros, stock tips, portfolio strategies and more.

Are you financially ready for a recession?

The recession we’re heading into may be the most unfair in history. Never has there been such a clear dividing line between those who can arm themselves with savings and those who can’t afford to, writes Rob Carrick. During pandemic lockdowns, many Canadian households were able to stockpile cash, while others eked by and never built cash reserves or have since spent those savings. Keeping a stockpile of cash protects you against the interrupted income and job losses that are inevitable in recession as employers react to a weakening business environment.

Higher payments are coming for homeowners with variable-rate mortgages

If you’re a Canadian homeowner with a variable-rate mortgage, you may not be sleeping very soundly these days. With soaring interest rates, banks are contacting many clients to inform them that they’re reaching their trigger rate, signaling higher monthly costs for a growing number of homeowners and a longer payback period. As Salmaan Farooqui reports, the vast majority of Canadian variable mortgages have fixed payments, meaning that payments stay the same even as interest rates rise moderately. But because interest rates have climbed dramatically this year, variable mortgages are starting to hit what’s known as the trigger rate – the rate at which the monthly payment would not be enough to cover the interest owed. So with the Bank of Canada widely expected to announce another outsized rate increase before the end of the month, is it time to switch to a fixed-rate mortgage? Erica Alini explores the pros and cons of locking in a fixed rate versus riding it out.

Renters: Be prepared to compete – and pay more

Bidding wars and bully offers are no longer reserved for homebuyers. After seeing falling rent prices during the pandemic, competition is intense in the Greater Toronto Area’s red-hot rental market as the region continues to struggle with a severe housing shortage – and if you do happen to come out on top, be prepared to pay a premium. According to Urbanation data, a record 36 per cent of GTA condos were leased for above the listing rate in the third quarter, and on average, those condos were rented for a $129 monthly premium over asking, also a record high. The average condo was leased for $2,733 a month, an increase of 18.6 per cent from a year ago. Will this trend continue or can renters expect some relief any time soon? Matt Lundy looks at the data in this week’s Decoder.

Inflation continues to decelerate – but not fast enough

Canadian inflation slowed slightly in September, but not as much as financial analysts were expecting, paving the way for another outsized Bank of Canada rate hike on Oct. 26. The consumer price index rose 6.9 per cent in September from a year earlier, Matt Lundy reports. That was down from 7 per cent in August and marked the third consecutive month of deceleration. Gasoline prices fell 7.4 per cent, but grocery prices rose 11.4 per cent. To tamp down inflation, the central bank is universally expected to deliver another large rate hike – perhaps taking the policy rate to 4 per cent, the highest since 2008, as more economists are now predicting.

A growing number of real estate investors are using social media to fund real estate deals, which has helped fuel the investing craze in Canada that revved up when home prices soared and COVID-19 restrictions led people to spend more time online. As Rachelle Younglai and Jessica Burgess report, over the first year of the pandemic, investor buying of residential properties doubled in Canada. By the middle of last year, investors accounted for more than a fifth of the country’s home purchases. But when things go wrong with real estate, they can really go wrong. With rising interest rates and cooling housing markets, promoters may not be able to deliver the profits they promised their investors, which has, in turn, upped the pressure on them to further raise rents, worsening the country’s affordable-housing problem. Regulators don’t seem to be paying attention, and without enforcement, promoters are raising capital with little to no legal scrutiny.

Liz Truss is gone but the UK crisis lives on

Liz Truss resigned on Thursday after a brief, chaotic tenure marked by economic and political turmoil, becoming the shortest-serving Prime Minister in British history. Britain’s financial markets were plunged into turmoil on Sept. 23 after then-new finance minister Kwasi Kwarteng announced billions of pounds of unfunded tax cuts. The Bank of England was forced into emergency bond-buying to stem a sharp sell-off in Britain’s £$2.3-trillion government bond market that threatened to wreak havoc in the pension industry and increase recession risks. Mr. Kwarteng was soon fired and his replacement, Jeremy Hunt, scrapped “nearly all” of the economic plan and scaled back Ms. Truss’s vast energy support program, in a historic U-turn to try to restore investor confidence. “The experience in the UK underscores that, in an environment of tightening monetary policy, there will be rising tension between various macroeconomic objectives,” Mark Carney, who was Bank of England governor from 2013 to 2020 and a former Bank of Canada governor, said just hours after Mr. Truss’s resignation.

Now that you’re all caught up, prepare for the week ahead with the Globe’s investing calendar.

Despite Over $1 Billion Difference in Net Worth, Michael Jordan’s Real Estate Portfolio Dwarfs in Front of Floyd Mayweather