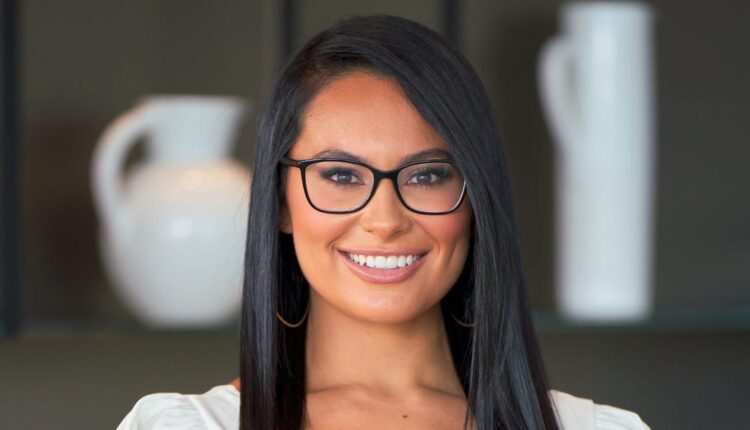 Veteran real estate investors agree that now is an excellent time to expand your property portfolio if you have the means.

While mortgage rates have steadily worsened and exceeded 7% in October, home sales are cooling. Plus, there’s less competition, as more and more Americans aren’t interested in (or can’t afford) buying a home right now: According to an October Fannie Mae survey, just 16% of consumers think now is a good time to buy a home

Four established investors spoke with insiders about why they’re still buying despite high rates, how their investing strategy has shifted, and their advice for how to navigate today’s market.

Courtesy of Michael and Olivia Zuber

Michael Zuber believes that real estate investors “should be a lot more excited to buy this year than the last two years.”

That’s because there’s less competition right now. With rising mortgage rates and uncertainty about the future of the economy, fewer Americans are looking to become homeowners: According to an October Fannie Mae survey, just 16% of consumers think now is a good time to buy a home.

That’s great news for Zuber, who owns over 100 units in Fresno, California and is looking to further expand his portfolio. He considers homebuyers his “number one competition,” he said. “They have lower down payments and they get better rates, so they’re tough to compete against.”

Right now is the time for investors to make aggressive offers, he emphasized: “I’m always looking for motivated sellers and they’re hard to find. The only time you can find them is when the competition leaves, so I’m ecstatic for what’s coming. I’m willing to write lots of offers and I will close on every great deal.”

Currently, he’s putting in about two offers a week. He’s only writing “great offers,” he said, which he defines as anything that will produce a cash-on-cash return that is 2-3% above average.

“I truly believe it’s still a good time to buy — and I’m not saying that because I’m an agent,” the 25-year-old realtor and investor told Insider. She owns homes in Boston, where she lives, and Augusta, Georgia.

Whereas, when the market was at its hottest, “you could not get your offer accepted if you didn’t go significantly above ask and waive inspections and appraisals.”

As a prospective buyer, you should consider your timeframe, she added: Are you looking to stay in your home for the next five to 10 years? Or do you think you’ll make a move within two to three years?

It’ll be safer to buy if you’re planning on staying put for a while. Your home will have more time to appreciate in value, which will help offset expensive transaction costs that come with buying, like your agent’s commission and closing costs.

In general, “I wouldn’t be scared of buying. I think it’s a mental hurdle that people have to get over right now,” said Mejia. “If you can still afford a mortgage payment in your current market and buy a home that you would like, then it absolutely still makes sense to buy.”

Courtesy of Matt and Ashley

One veteran real estate investor is gearing up for rough economic times and a potential 2023 recession.

Matt, who goes by “The Lumberjack Landlord” for privacy reasons, has been building his rental portfolio since the early 2000s and currently owns and rents out 137 units.

The New Hampshire-based investor is anticipating more delinquent rents and potential evictions as we head into a year that could see unemployment rates as high as 5.5%.

“As unemployment rises, obviously delinquents in rent rise,” he said. He also expects evictions to be “at the highest they’ve been in three or four years.”

With that in mind, “the big thing is open communication with your tenants,” he said. “The mistake that a lot of tenants and landlords make is that it becomes an adversarial thing. I’d prefer to have a tenant say, ‘Hey, I lost my job.’ That doesn’t mean I’m going to speed up the process of getting them out. It means I’m going to try to work with them.”

He’s also been preparing for a correction since earlier this year, when he did a major refinance to free up cash.

“Now is the time to grab as much money as I can out of these assets, and then have the cash available if the market corrects aggressively,” he said of his March 2022 refinance. “I don’t think it’ll be a 50% correction because we just don’t have the bad loan structures that we had in the Great Recession, but it could be a 10% to 20% drop in prices.”

Todd Baldwin is refusing to pay 6% or more in interest. If it’s a deal he wants, he’ll pay in cash.

“A lot of real estate investors will disagree with me, but personally I’m not going to pay more than 6% interest on anything,” Seattle-based investor Todd Baldwin told Insider in November, when asked about rising mortgage rates, which topped 7% in October. “If the deal is over 6%, I’m going to pay cash and hopefully get a discount.”

Baldwin is in the unique situation where he can pay in cash if the right deal comes around: In 2021, he netted more than $1.5 million from selling properties, a wholesale deal, and rental income, according to documents viewed by Insider.

He understands that not everyone can simply pay cash if they want to invest right now. To help combat the high interest rates, consider “house hacking,” he said. That’s how he got his foot in the door back in 2015 when he bought his first property.

“If you want to be a homeowner but the interest rates make it so that you can’t afford the payment, consider getting a roommate,” he said. If you live with one or more people, you can charge rent, which will offset your mortgage and potentially allow you to live for free.

“I know that having a roommate can suck,” he said. “I did it for five years. But that decision made me a multi-millionaire and now I have the freedom to do whatever I want.”

How I’d Invest $20,000 Today If I Had To Start From Scratch — Including Real Estate