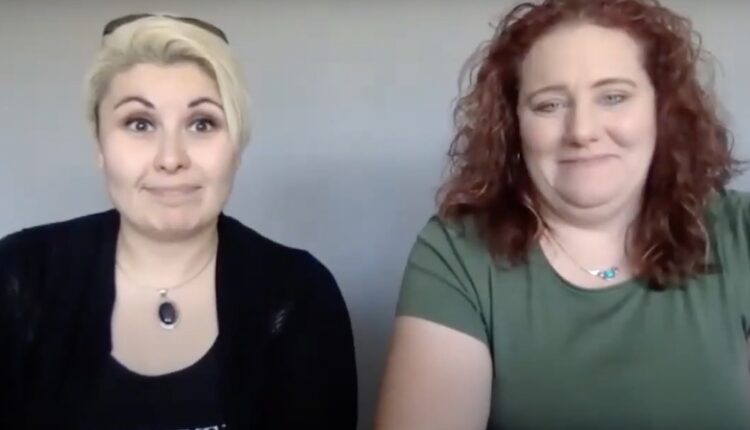 The dramatic collapse of a Saskatoon-based real estate company is giving the industry something to talk about, as investors are left to wonder where their money went.

The implosion of Epic Alliance Inc. — which ceased operations in January — has left questions about both the fate of investors from across the country (and their dollars), as well as that of more than 500 residential properties in both Saskatoon and North Battleford, Saskatchewan.

The once-successful landlord and property management company was formed in 2013 and managed real estate investment properties. Its business relied on three main ventures: a “Fund-A-Flip” program, where real property was purchased and/or improved by Epic Alliance funded through loans from individual security holders; a loan program reliant on promissory notes; and a “Hassle Free Landlord Program,” whereby it managed homes for out-of-province investors.

What do you get when you combine Hard Work + Innovation? ?

While a company website is now defunct, on its Instagram page, Epic Alliance co-founders Rochelle Laflamme and Alisa Thompson describe themselves as, “a dynamic duo with a passion for creating double-digit returns on passive real estate investments.” In promotional social media material, the company enticed investors to direct their dollars to affordable housing, and receive a 15% to 20% return on that investment with an annual return of around 10%.

In a Zoom video with investors and property partners on January 19, however, Laflamme and Thompson announced that the company was bankrupt and that “everything is gone.”

But the company’s woes started months before that.

On October 21, the Financial and Consumer Affairs Authority of Saskatchewan (FCAA) issued a temporary cease trade order against Epic Alliance for not being registered with the FCAA. In order to legally trade, sell, or advise on securities and derivatives, it is required that companies and individuals are registered to do so. The financial regulator issued the trade order against Laflamme and Thompson, as well as nine affiliated companies, ordering that all trading in securities and derivatives must cease up to and including November 5, 2021.

This cease trade order was up to and including November 19, 2021.

At a hearing in November, Epic Alliance expressed through declarations and support letters that the order was negatively impacting business. It was ultimately lifted. However, the FCAA was, and currently still is, enthralled in an ongoing investigation of Epic Alliance and its business practices.

“The FCAA f—-d us,” was essentially the only reasoning the investors got from Laflamme and Thompson in the January Zoom call.

“With the FCAA cease trade order, Epic Alliance suspended payments on investment products because they weren’t able to get new money coming in. So, investors got concerned. Between November and January, however, they managed to secure some additional capital and make payments again, so these investors thought everything was ok,” Saskatoon-based lawyer Mike Russell tells STOREYS. “Then came the sudden video announcing bankruptcy.”

In a separate investigation into that of the FCAA, Russell is representing 120 investors from across Canada who are now collectively out an excess of $10M after being issued promissory notes from Epic Alliance. These individuals each invested between $50K and $500K. A Court of Queen’s Bench justice appointed accounting firm Ernst & Young to conduct an investigation into the disappearance of the funds.

Each of the investors represented by Russell contributed to a retainer fund to finance the appointment of Ernst and Young. “Under the order, Ernst and Young has 60 days to investigate all of the entities and the individuals before it comes back to court,” says Russell. “We will decide what, if anything, to do next once we get that report.”

The findings will be presented to the court in late April.

Russell acknowledges that things were seemingly running smoothly up until the FDCC took action and subsequently raised alarm bells among investors. “For eight years, everything was going according to plan. Investors were consistently getting their 15% to 20% interest returns; Epic Alliance always paid,” says Russell. “They were attracting many new investors and were building a portfolio out of about $126M of real property in Saskatchewan. Even though it was a risky investment, they managed to deliver on it.”

It’s also unclear as to whether or not Laflamme and Thompson knew they were doing anything legally unethical. “I can only speculate to what extent they knew or didn’t know they were violating the act,” says Russell. “It’s very specific,” he adds of the act.

According to a Queen’s Bench fiat, however, Epic Alliance had executed an undertaking to the FCAA on September 22, 2021, agreeing not to conduct any further trading in securities, yet still continued to trade and advise in securities without registration. “These contraventions were confirmed by affidavit evidence of the investors who had been solicited by the respondents during the timeframe when the undertaking was in effect,” it reads.

Aside from the lack of registration, it appears the pair were running a very risky business that some could say ventured into Ponzi scheme territory.

“The effect of the FDCC decision likely affected their ability to borrow new capital and one possibility, therefore, is that they couldn’t pay new investors,” says Russell. “In the evidence we have, former employees explain that new capital would be borrowed or obtained to pay out investments that had matured. So, if you think about it along those lines, it’s obvious that the mechanisms that needed to be employed for this all to work could not work once there was no new capital.”

So, on behalf of the investors, Russell is trying to find out what exactly went wrong, and says the inspectors’ report will help draw the final conclusion and reveal whether there are assets for the investors to go after to recoup their losses.

“A lot of the people who had invested in properties in Saskatoon through mortgages or otherwise got their keys back. A lot of them have been able to obtain transfers of those houses,” acknowledges Russell. “On one hand, that’s some progress, but on the other there are problems that come along with that, including the fact that there are no tenants in many of these homes, there’s broken pipes, there aren’t any appliances, the utilities have been shut off.”

Furthermore, many of the landlords of these properties live out of province and were relying on Epic Alliance to manage them.

But investors have been in the dark since the infamous January video as to the security holders financial positions and status of their investments, according to the fiat. Hence, the Ernst and Young investigation.

As for the vacant homes, the Saskatchewan Realtors Association (SRA) tells STOREYS that they have their economist monitoring the markets of Saskatoon and North Battleford to determine whether there is a spike in new listings coming on the market. However, the organization said they haven’t yet seen a flood of properties enter the market and don’t anticipate this happening.

“Some of the properties are already occupied by tenants, as we understand from Epic Alliance statements made to stakeholders,” say SRA representatives. “The investors/owners of these properties may be dealing with legal issues for some time, which will also impact if or when they ultimately choose to sell their properties. The investors will have new and unexpected responsibilities as landlords, and we feel for them as they navigate their new reality.”

While some may indeed be tenant-occupied, the reality is that many are vacant — an impossible-to-ignore reality on the affordable housing front; one that’s not doing the city’s most economically vulnerable any favours.

The FCAA investigation is still ongoing, but a statement of allegations will be made public once its available, followed by a public hearing.

In the meantime, it’s important to note that none of the allegations against Epic Alliance have been proven in court. STOREYS reached out to Epic Alliance for an interview and have not heard back at time of publishing.