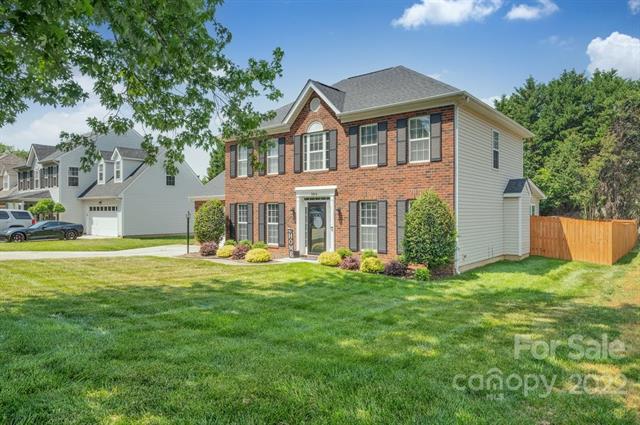 In the 12 months ended in April 2022, 20 percent of properties sold in the greater Charlotte metropolitan area were bought by both institutional and individual investors.

The other top five metro areas for investors are: Branson, Missouri, at 19.5 percent; Birmingham, Alabama, at 18.9 percent; Summit Park, Utah, at 18.6 percent; and Memphis, Tennessee, at 18.5 percent.

Overall, the South ranked 9.5 percent in investor buys over the past year, followed by the Midwest at 7.6 percent, the West at 6.8 percent, and the Northeast at 5.7 percent. The report further explains that investors removed more inventory from the market than they added to it in April, but did sell more homes than during 2021. In total, though, investor purchases nationwide were up more than 64 percent from 2019, and about 75 percent of them were cash deals.

Danielle Hale, chief economist with Realtor.com, told The Epoch Times that most of these investors have no intention of living in those homes. “They either fix them up and re-sell them or rent them out,” she said. “The numbers are surprising. It translates to about one in every 10 homes being purchased by an investor.”

Because such a large share of these transactions are made with cash, the rising mortgage rates are not affecting the investors. Hale identified large investors as those who purchase more than 50 homes, while medium investors typically buy 11–50 homes. “I think in this market, the investors are more likely to be competing with home buyers than sellers,” said Hale. “However, the investors still make up a relatively small portion of the home buyers.”

The report indicates the share of homes purchased by investors has continued to spike year over year, but the latest numbers from April show a slight decline from a peak of 9.7 percent in February. This high share was fueled by both growth in investor purchases and a pullback from non-investor buyers, who purchased 11 percent fewer homes in April, compared with the year-ago period.

Hale explained that traditionally lower-priced homes in the South helped spur the growth of investor purchases in that region. In fact, three of the five top metro areas where investors bought the most homes were located in the South. The exceptions to this were vacation destinations in Summit Park and Branson.

Lee Allen, president of the Canopy Realtor Association in North Carolina, which encompasses the City of Charlotte and 16 surrounding counties, spoke to The Epoch Times about the phenomenon.

“We’ve seen a lot of smaller, ‘mom and pop’ investors in our area, buying homes and flipping them or turning them into a rentals,” he said. “But, we haven’t seen a lot of big institutional investors.”

With the median sales price of a single-family home in Charlotte at $400,000 (June data), Allen said the housing costs in the region have been the highest ever, at 19 percent over 2021 prices. “I think what this shows is that a lot of folks are choosing to relocate in the South,” he added. “Home prices are still a lot less here than in other areas of the country, and the taxes are a lot lower as well.”

According to data from the National Association of Realtors, residents from the New York/New Jersey/Pennsylvania area are at the top of the list who are moving to Charlotte and its surrounding counties. Coming in second is the Atlanta/Sandy Springs/Roswell region of Georgia, followed by Columbia, South Carolina, Winston-Salem and Raleigh, North Carolina. A large percentage of these buyers are ready for cash deals, Allen noted.

Competition among potential homebuyers also remains intense. “I tell them it’s like choosing five people for a basketball team when you have 10 standing on the court,” he quipped. “It’s still a great market for sellers, but not particularly for buyers.”

However, for those willing to commute a bit further, there can be some great deals awaiting them. “If they want to move just one county to the north of Charlotte, in Cabarrus County, the median home price drops to $387,000,” Allen explained. “One county to the south, in Gaston County, is seeing median sale prices of just $300,000.”

Nationally, the median purchase price by investors was $295,000 in April, which is 15 percent less than the median sale price overall. “The Northeast is the only area without a lot of investor buying, probably due to the higher home prices in this region,” Hale added. “I don’t think people should be really worried about this, but it is important for them to be aware that this is happening.”

Mary T. Prenon covers real estate and business. She has been a writer and reporter for over 25 years with various print and broadcast media in New York.

Does Michael Jordan own a house in Chicago? Looking at NBA icon’s real estate…

Real estate in Nigeria: Facts to know before you invest