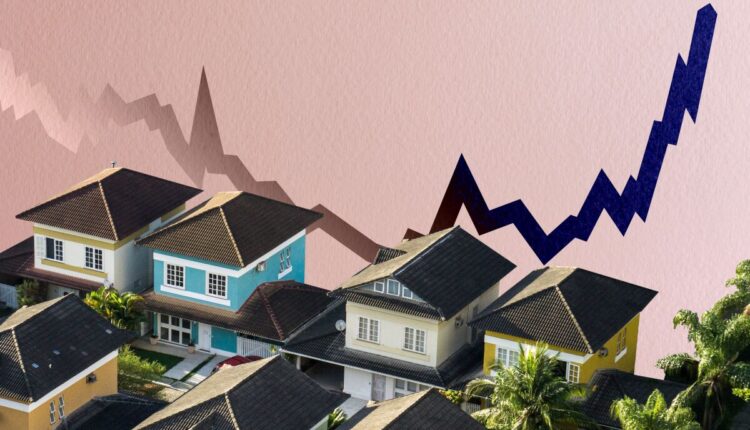 Welcome back to the Real Estate newsletter. This week’s stories showcased the vast range of Southern California properties, from a 64-square-foot tiny home all the way up to a 1.5-million-square-foot shopping mall.

But first, let’s start with the market itself, which continued to cool for the fourth straight month. In August, Southern California home sales were down 28.3% compared with a year earlier, and the median price held steady at $740,000 — the same mark as July, and $10,000 less than the median in June.

The main culprit for the slowdown is mortgage rates, which soared past 6% last week, the highest average since, you guessed it, 2008. The rates are pricing many Angelenos out of the market entirely, leaving both buyers and sellers frustrated in the wake of the pandemic’s record-setting market.

The week’s biggest story — in terms of square footage, at least — comes in Arcadia, where we revealed the new owner of the Westfield Santa Anita mall: Wen Shan Chang.

Chang is a real estate investor from Bradbury, and he spent $537.5 million on the 1.5-million-square-foot complex in August. The blockbuster deal closed just a few months after Westfield’s owner announced that it would sell all 24 of its US malls to focus on the European market.

Over in Benedict Canyon, we got the scoop on a battle brewing between celebrity residents over the proposal of a luxury hotel smack dab in the middle of a residential area.

The developer, Gary Safady, is trying to erect a hotel on a 33-acre site with 58 rooms and eight private residences. He’s got some stars on his side, including Mark Wahlberg, Ashton Kutcher and Orlando Bloom.

The opposition has some A-listers as well, including Dr. Phil, actress Jacqueline Bisset and Doors guitarist Robby Krieger. They’re three of hundred several neighbors who signed testimonials decrying the project, claiming it will bring traffic and noise to the typically quiet community.

Get your popcorn ready, because the fight is far from over.

Our biggest listing of the week took us down to San Diego County, where Sandra Bullock is shopping around her 91-acre ranch for $6 million. Dubbed the farm, the compound includes two homes, a workshop, chicken coop, and sweeping views of the surrounding canyons.

The Oscar winner has been on a selling spree over the last two years, unloading two homes in the Los Angeles area and putting a beach house in Malibu up for rent.

While catching up on the latest, visit and like our Facebook page, where you can find real estate stories and updates throughout the week.

The Southern California median home price remained unchanged in August from the previous month as rising mortgage rates made houses even less affordable for many people, writes Andrew Khouri.

The six-county region’s median held steady at $740,000, the fourth consecutive month that prices didn’t increase, according to data released Tuesday by real estate firm DQNews. Sales of new and existing houses, condos and town homes dropped 28.3% from a year earlier.

The housing market has slowed sharply in recent months, a consequence of rising mortgage rates that priced many would-be buyers out of the market.

Rates have more than doubled in the last year and topped 6% last week for the first time since 2008. The steep rise in borrowing costs adds more than $1,000 to the monthly payment for a median-priced home of $740,000 — a cost many can’ t afford. 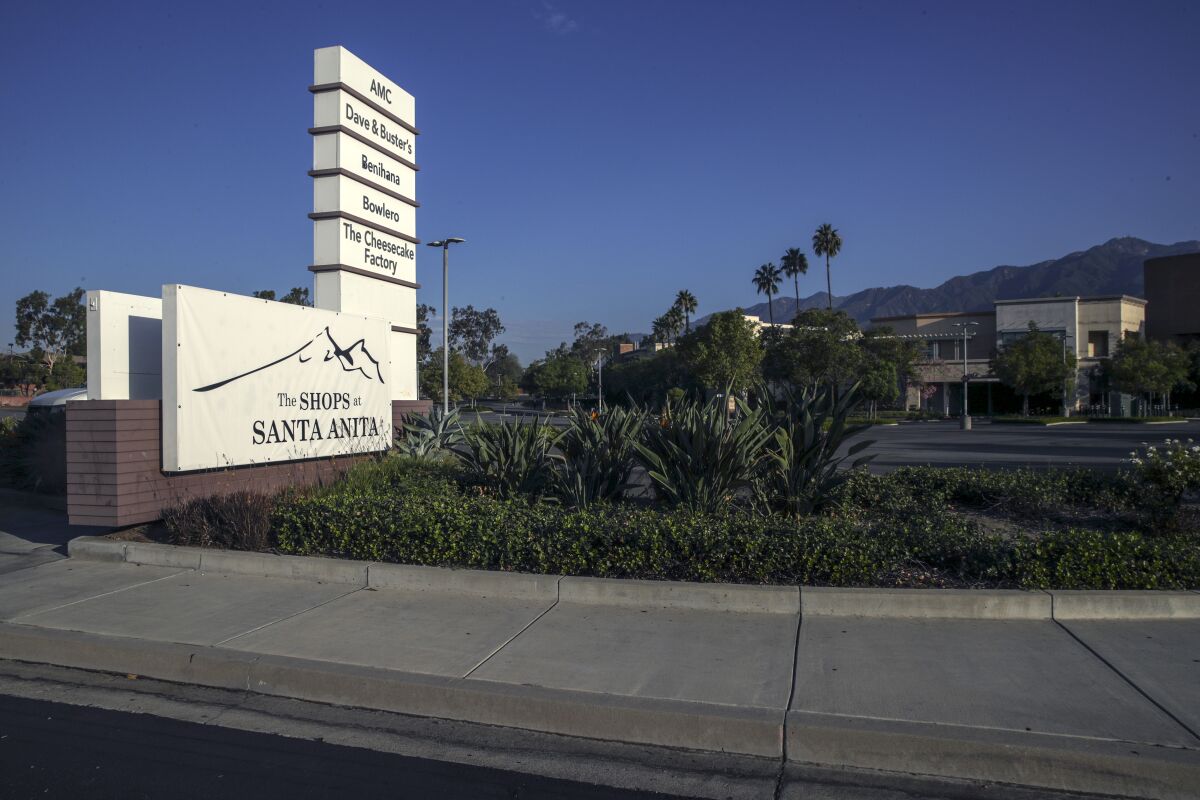 French retail property giant Unibail-Rodamco-Westfield announced last month that it had sold the former Westfield Santa Anita mall in Arcadia for $537.5 million in one of the most expensive mall sales in the United States in years. The property has been renamed the Shops at Santa Anita.

But who bought it was a mystery.

Unibail-Rodamco declined to identify the buyer, a rarity in large-scale real estate transactions, saying only that the person “is an established commercial real estate investor who owns other retail assets in Southern California.”

Property records now list Chang’s company Riderwood USA as the owner of the mall near the famed Santa Anita Park horse-racing venue. The real estate investor from nearby Bradbury apparently wants to keep a low profile as the previous owner continues to manage the property for him, writes Roger Vincent. 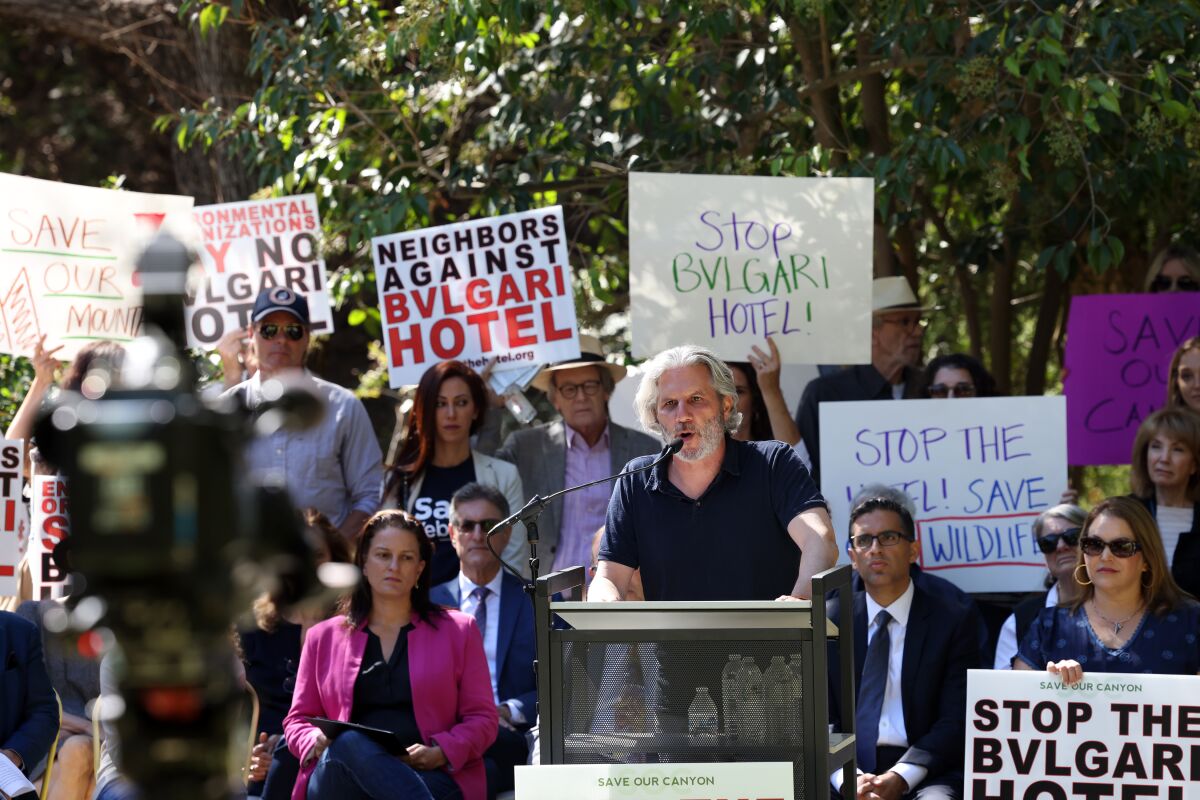 Mark Levin, the Save Our Canyon president, speaks during a news conference.

A proposal to build a luxury hotel in a swanky, wooded enclave of Benedict Canyon has pitted some of LA’s biggest deal makers, movie executives and celebrities against each other in a pitched battle over the future of one of LA’s most expensive neighborhoods, writes Hugo Martín .

The Beverly Hills-adjacent site of the upscale hotel project — in a neighborhood where home prices range from $3 million to $100 million — is the 33-acre former home of billionaire businessman Kirk Kerkorian. The property was sold in 2015 for $19 million.

A planning committee meeting was scheduled to make a preliminary decision on the zoning change needed to build a commercial project in the residential area. If it clears that hurdle, a final approval would be required from the Los Angeles City Council sometime in the next few months.

On one side of the feud is Safady, a real estate developer and movie producer, who is proposing a hotel project with 58 guest rooms and suites, plus eight private residences, a 10,000-square-foot spa, gym, private theater and an eight -seat sushi bar, along with a restaurant. Among the project supporters, according to letters written on behalf of the project, in addition to Wahlberg, Kutcher and Bloom, are Mila Kunis, Gerard Butler, Adrien Brody and Jon Lovitz, plus rock musician Gene Simmons.

Several hundred neighbors have signed testimonials in opposition to the project. The neighborhood — shaded in oak, sycamore and willow trees — is peppered with signs decrying the hotel project.

Actress offers compound in the canyons 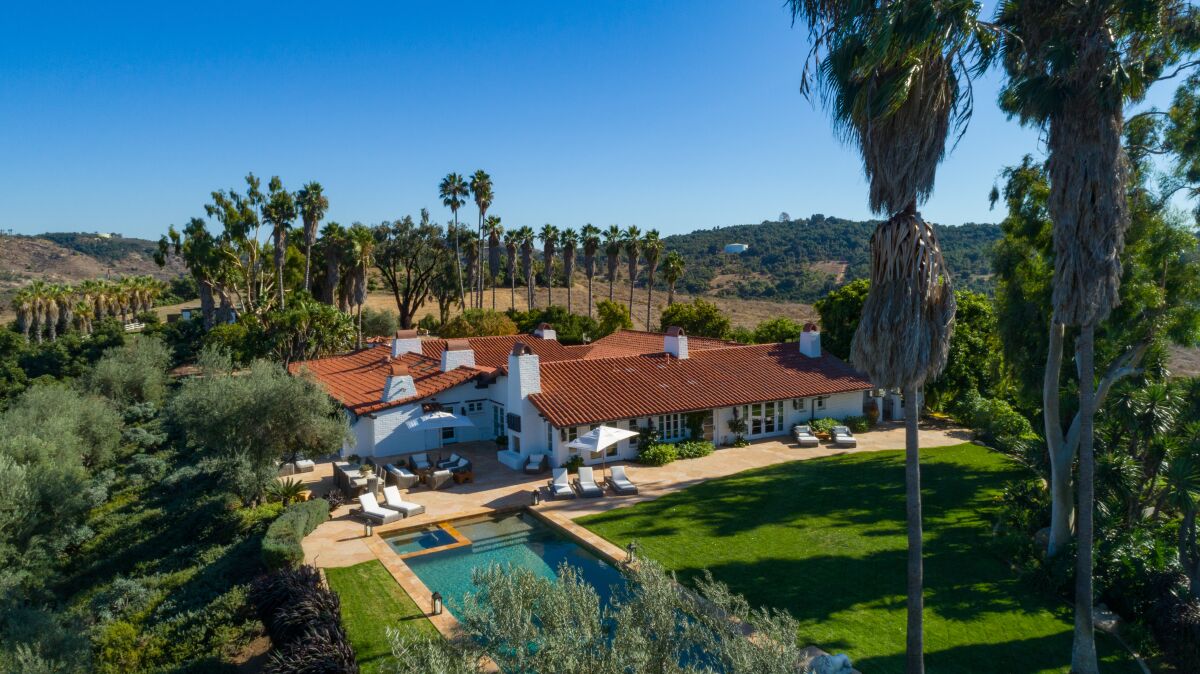 Sandra Bullock has amassed a country-spanning collection of real estate over the years. Now, she’s starting to sell.

The actress unloaded a Hollywood Hills home in 2018 and a West Hollywood condo earlier this year, and over in Malibu, she put a beach house up for rent at $30,000 per month. Her latest listing comes in Valley Center in the rugged hills of north San Diego County, where she’s shopping around a 91-acre ranch for $6 million.

Dubbed the Farm, the compound combines three different lots near the foothills of Palomar Mountain. It’s reached by a long, gated driveway that winds its way past eucalyptus trees, avocado groves and rose gardens, eventually arriving at a single-story ranch wrapped in adobe walls and flower-adorned verandas. 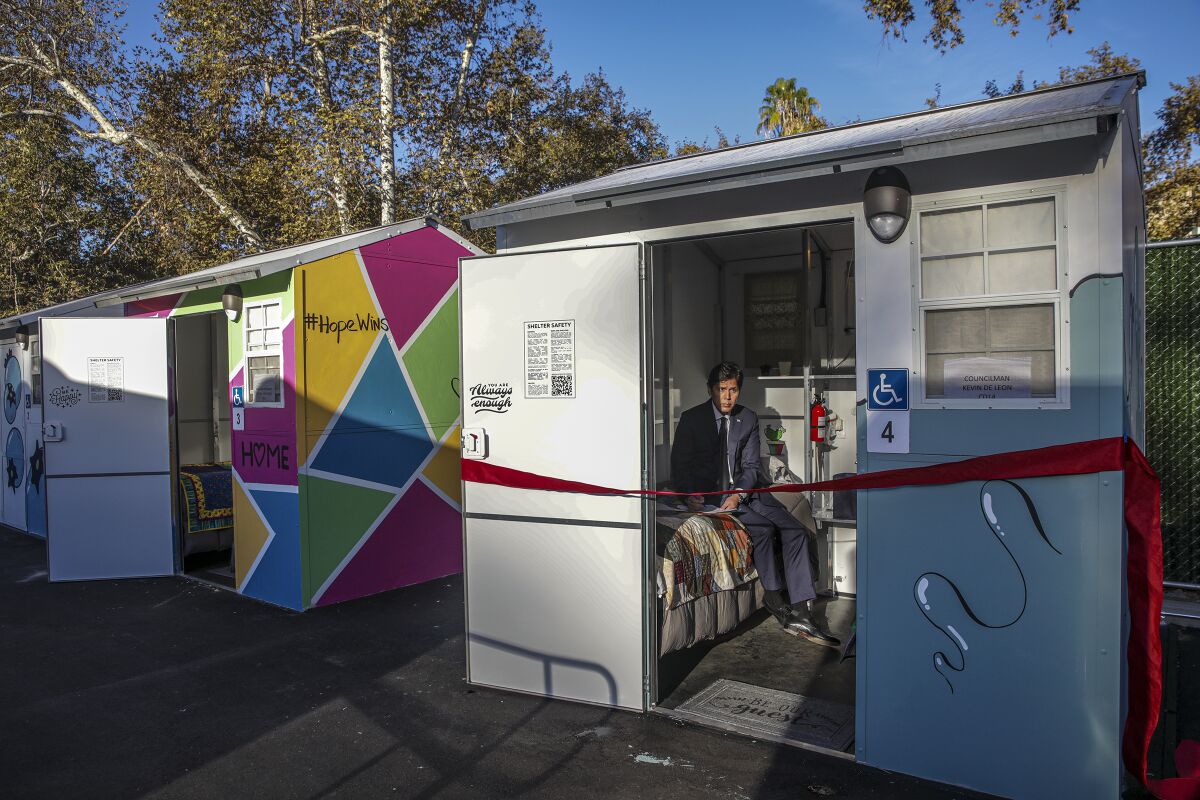 When columnist Steve Lopez asked LA City Councilman Kevin de León how things were going at the Eagle Rock tiny-home village that opened in March, he had good news and bad.

Many encampments have disappeared, and those who had lived in tents are now in safe, clean quarters, with access to food and bathrooms. The councilman pulled out his camera to show Lopez the “before” photos of people living in squalor, taking shelter under highway overpasses and fending off rodents.

But the tiny-home record is mixed so far, as redirecting the lives of people with severe challenges is complicated by a lack of desperately needed services.

“My staff and I, along with salt-of-the-earth social workers, are doing our jobs by getting people off the streets and putting a roof over their head,” De León said. “We need the county to do what they’re charged to do and provide the mental-health services and drug-treatment services our unhoused neighbors are crying out for.”

If you thought 64 square feet was the smallest we were going in this newsletter, think again. In Eagle Rock, the fate of a 14-square-foot gas station is up in the air as the owner wants to demolish it, but preservationists are filing a historic monument application to save it, claiming it’s the oldest remaining service station in the city , according to the Eastsider. I’ll admit, the pictures make it look pretty shabby, but it’s nothing a little remodel can’t fix…right?

Real estate gymnastics have become a fine art. Whether it’s a celebrity buying a house under a secret limited liability company or a developer trying to get a home appraisal down to save on taxes, owners are always looking to game the system. This week, in the wake of the New York state attorney general suing former President Trump, alleging fraud, Slate looked into Trump’s real estate shenanigans, including schemes to increase the value of his properties in hopes of getting loans and lower interest rates.

Crypto Real Estate Sales Are Officially Here, But Will They Last?