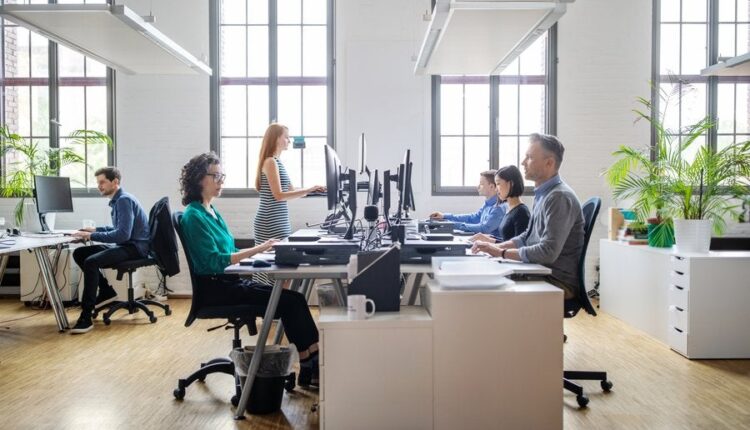 Who doesn’t enjoy watching a TV series about greedy narcissists who thought they made it just to see them fall? If you share that guilty pleasure and eat, breathe, and invest in real estate, check out Apple (NASDAQ: AAPL) TV’s limited-edition WeCrashed TV about WeWork and the overthrow of founder Adam Neumann, who allegedly has plans to be president one day ( of the world).

Oscar winners Jared Leto and Anne Hathaway star Neumann and his wife Rebekah on this original show based on the Wondery podcast, WeCrashed: The Rise and Fall of WeWork. The release date has yet to be set at the time of this writing, but Apple TV is betting that this series will take a top spot in the crowded streaming market.

If a company’s mission is to “raise awareness in the world,” every investor should see some red flags (while rolling their eyes). In the case of WeWork, this grandiose mission statement served as a preview of what lay ahead.

WeWork was a company that rented discount office space. However, the company figured itself out as a tech company, selling memberships called “space-as-a-service” rather than offering traditional leases. It might have been a nicer office experience than the local cafe, but raised awareness of the world? Kind of a route.

WeWork was very popular for a while. It was launched in 2010 and had 253 locations in 22 countries by 2019. The investors were impressed and bought what Neumann was selling, namely a community atmosphere with a hip atmosphere for freelancers and entrepreneurs.

Many wondered if WeWork was really a tech company, but people went along with it. WeWork was a unicorn (and there was kombucha on tap). In addition, WeWork has made extensive promises: the company could one day run schools and micro-apartments in addition to office space and one day rule the world. (Well, maybe not the last, but that was the setting.)

The personalities: good for television

A visionary running a business can lead to greatness: think of Steve Jobs, Walt Disney, and Elon Musk. But it can also lead to recklessness if the value of a company is overestimated too early: think of Adam Neumann.

Shortly after filing IPO documents, the company struggled, and its valuation more than halved from a high of $ 47 billion. To people who understood Neumann, it should come as no surprise that his predictions of a $ 3 trillion market for a joint office space deal were way too optimistic.

To get that large number ($ 3 trillion), Neumann counted any employee with a desk as a potential customer, which some might consider a little brave. And not only that, Neumann celebrated hard. He preferred tequila and weed, made shots, and was part of the Bro company, the frat boy culture.

After Neumann watched him burn the billions the company raised, not to mention his wild antics, investors forced him out. Big investor SoftBank Group (OTC: SFTBY) now owns WeWork, but MasBoshi Son, CEO of SoftBank, is “stupid” about his company’s huge investment.

The “WeCrashed” series seems to have it all: greed, narcissism, pettiness, money, drugs and – for all of us real estate investors and landlords – also a business drama. Bring the popcorn.

Inside How A Government-Seized Commercial Building Gets Sold

As Trump’s businesses struggle, the most profitable asset in his real estate empire is at risk