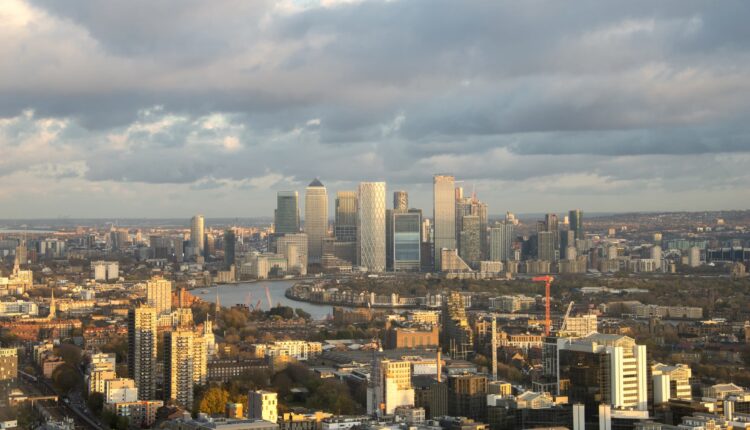 A view of East London from the air. As the sun goes down, its glow is captured on the skyscrapers of Canary Wharf – London’s second business district.

According to one of the leading real estate investors in London, there are numerous opportunities for investors to use distressed real estate after the coronavirus pandemic.

Thomas Balashev, founder and CEO of Montague Real Estate, said real estate was overly hammered during the downturn, giving buyers the opportunity to make profits when the economy recovered.

“I think it goes without saying that there will be many options,” Balashev told CNBC’s Squawk Box Asia on Tuesday.

Another kind of crisis

Unlike the 2008 financial crisis, which was directly linked to the US housing market and gave some people the opportunity to “move forward,” the current economic crisis took the market by surprise and hurt otherwise solid assets, Balashev said.

“When you look at the way the pandemic has been dealt with, both politically and economically devastating, it has taken a lot of people by surprise,” he said. “So assets that really shouldn’t be in need, that didn’t suffer such a significant loss in value, suddenly hit the market.”

The global real estate market has been hit hard this year by dwindling demand for commercial properties such as offices and retail space and the shift in demand for residential real estate as homeowners move cities to the suburbs.

Still, there are deals around the world, stressed Balashev, who recently joined a Luxembourg-based fund focused on buying distressed properties in Europe, Asia and the UK

If you’re a liquid shopper with deep pockets, your options are a multitude of options.

“If you are a liquid buyer with deep pockets, there will be a multitude of options, and not just on one continent,” he said. “I think this is a great time for real estate worldwide.”

Indeed, London-based Montague Real Estate, which primarily deals with off-market deals in the prime and super-prime real estate markets, has seen a surge in inquiries from investors this year, Balashev said. This includes an increase of 200% to 300% year over year in inquiries from Asian investors interested in the UK

“We have to see this as a positive sign that people in international markets still see London as a safe haven,” he said.