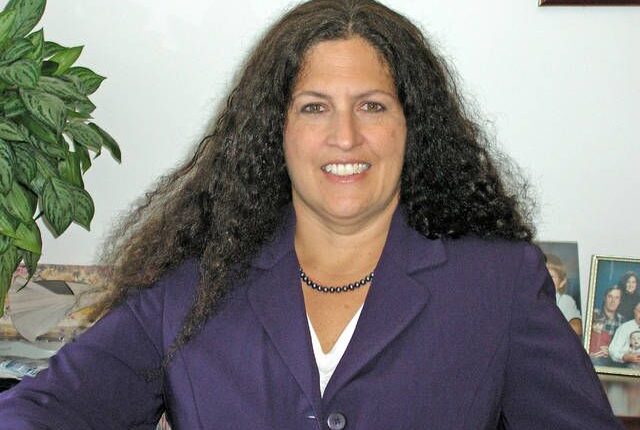 WILKES-BARRE – The 2021 Indicator Report, prepared by the Institute for Public Policy and Economic Development at Wilkes University, takes an in-depth look at the impact of teleworking on commercial real estate.

• Increasing use of teleworking in many industrial sectors.

• Increased emphasis on e-commerce and a growing logistics industry.

• Automation and introduction of new technologies in all industrial sectors.

• Growing activity in the housing market amid signs of exodus from major cities.

Ooms said the report also examined how trends emerged or accelerated during the pandemic are affecting real estate (commercial and residential) markets, as well as economic development in northeastern Pennsylvania – an issue that affects our economic competitiveness.

“How the region responds to these economic changes will affect the economic competitiveness of northeast Pennsylvania when a post-pandemic economy comes into view,” Ooms said.

Long term impact on the

Ooms said there is a huge impact on the office market in a post-pandemic world. She said that changing attitudes towards traditional office environments will result in different office environments that encourage appropriate distancing and complement the growth in remote employment.

“The move to remote work is perhaps the most significant change in future work environments that the rise of communication technologies will facilitate, the workplace and home have merged somewhat,” said Ooms.

A McKinsey research survey found that:

• 80% of employees who worked from home enjoyed doing this.

• 41% of respondents said they were more productive in their work.

• 28% said they were as productive as they were in the office.

“This shift carries some risks, namely the inability for managers to assess productivity without face-to-face interaction, but will be more common in the post-pandemic world,” Ooms said.

Of course, according to Ooms, the pandemic has also brought about changes in teamwork with virtual collaboration and new management systems, as administrators learn how to effectively facilitate operations.

“Ultimately, the workplace of the future looks very different from the workplace before the COVID-19 pandemic,” said Ooms. “The commercial real estate market will recover, but there remains significant uncertainty about how many workers will return to full-time face-to-face work and how quickly vaccine distribution will put an end to containment measures.”

The report showed that there is no comprehensive local data available on the percentage of jobs or companies operating remotely. However, a survey of companies in northeastern Pennsylvania conducted by the institute in the spring of 2020 during more restrictive periods of statewide shutdowns found that three-quarters of those surveyed had at least some teleworking employees.

Ooms said it is not known to what extent many companies will offer teleworking on a permanent or semi-permanent basis.

“While some companies are likely to take remote work and reduce their physical office footprint accordingly, others may seek to resume pre-pandemic personal work environments as soon as it is safe,” Ooms said. “Still others can employ hybrid practices that may or may not affect their job requirements.”

Ooms said a McKinsey survey of 800 executives around the world from late 2020 found that nearly 40% expect remote workers to work outside of the office two or more days a week after the pandemic, almost double what was seen in pre-pandemic surveys . However, a much smaller proportion expect remote workers to telework three or more days a week, suggesting that this hybrid approach is common.

The report shows that the extent to which teleworking continues to be used over the long term after the vaccine is fully deployed should be a major factor in shaping the nationwide office space market.

“While the percentage of jobs that were done remotely during the pandemic and that will be converted into permanent remote work is unknown, differences between industry groups are certain,” Ooms said. “Teleworking is most often associated with a higher-paid, well-educated employee.”

Ooms found that various estimates published by McKinsey and the National Bureau for Economic Research showed that industries such as finance and insurance, management, information, and professional and technical services have the highest proportion of employees who can do their work from home . She said regional data on jobs by industry was combined with the effective potential estimates above to determine how many jobs in the region could potentially be remotely done, given a region’s industry mix.

In Lackawanna and Lucerne counties, nearly 58,000 jobs are projected to have teleworking potential, representing 28% of the jobs in Lackawanna County and 26% in Lucerne County. Ten neighboring counties – Bradford, Carbon, Columbia, Monroe, Pike, Schuylkill, Sullivan, Susquehanna, Wayne, and Wyoming – had lower telework rates of 22% to 26%, and 23% overall.

Deviations were also found at the postcode level. The highest proportions of potentially teleworkable jobs were found in the following postcodes:

Ooms said geographic differences in the proportion of personal jobs that will be permanently teleworked will also impact other jobs and industries beyond those performed remotely. In areas with a high concentration of jobs with high telework rates, employee services such as restaurants, gas stations, cafes and personal service companies will be affected by long-term changes in demand that match the level of those jobs that remain wholly or partially removed.

“For the inner cities of the region, the impact is particularly noticeable, as fewer office workers have led to a decrease in pedestrian traffic on the city sidewalks,” said Ooms. “While the increasing adoption of teleworking will certainly shape demand for office space, market conditions could also weaken for some retail, restaurant and service space, especially in city centers that rely on office workers for economic activity and around Commercial areas. “

How is the water crisis affecting Jackson’s real estate?

How is the water crisis affecting Jackson’s real…