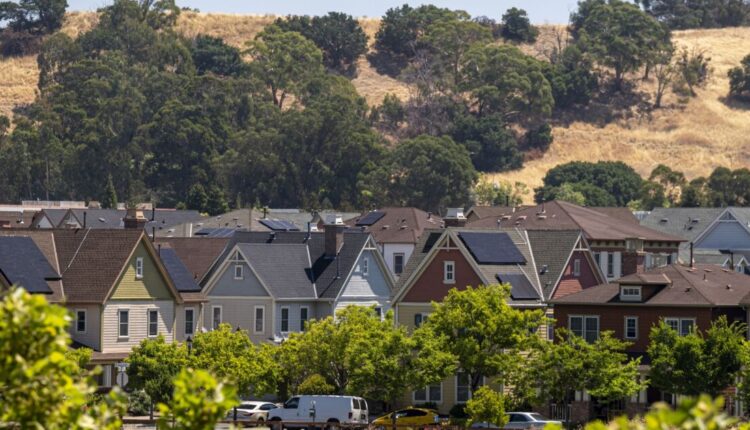 Rithm Capital, the real-estate investment trust previously known as New Residential, continues to look for growth — but for the time being, its focus won’t include much within residential mortgages.

“Obviously, we rebranded to Rithm Capital and I think that reflects where we are today as a company and also the desire to diversify away from more on the single-family residential side,” President and CEO Michael kidney mountain said in the company’s second quarter earnings call.

In its first earnings presentation since its rebranding and internalization of management services, the New York-based company reported a net loss of $3.3 million in the second quarter. The loss included a one-time separation charge paid to Fortress Investment Group, who previously provided corporate infrastructure. Compared to the first quarter, bottom line numbers decreased by just over 100% from a profit of $661.3 million. Year-over-year, the loss came in 103% lower from $121.3 million in profit.

Net revenue across the company came in at $1.3 billion, beating consensus estimates, but down on a quarterly basis from $1.7 billion. Revenue increased from $454 million a year ago. Diluted earnings came out to 31 cents per share.

Numbers within mortgage operations for Rithm, whose subsidiaries include Newrez and Caliber Home Loans, corresponded to industry-wide trends reported by banks. A net loss in its origins segment was tempered by servicing income.

Due to decreased gain-on-sale margins, the company is being “very, very cautious” when it comes to originations, Nierenberg said. “We’re very, very disciplined in that we’re not going to originate a mortgage loan that doesn’t make money just to kind of substantiate revenue.”

In the second-quarter, originations delivered a net loss of $21.1 million, compared to a profit of $19 million three months earlier and $151.3 million last year. Its production by dollar volume came out to $19.1 billion, down from $26.9 billion in the first quarter and $23.5 billion year over year.

While a loss of that magnitude might cause some worry for many companies, the effect on Rithm is a little more muted, according to Eric Hagen, mortgage and specialty finance analyst at BTIG.

“While it is operationally a significant component of the company, it consumes only $655 million of capital at this point, or less than 10% of total equity,” he said in a post-earnings research note.

But Nierenberg did see some hope for improving gain-on-sale numbers down the road. The gain-on-sale margin increased to 195 basis points from 153 basis points in the first quarter, positively impacted by one-time adjustments in Rithm’s direct-to-consumer channel. Numbers looked promising to begin the second quarter as well, according to Kidney Mountain.

Combined servicing and mortgage-servicing rights related investments posted profits of $459.3 million, down from $713.5 million on a quarterly basis, but up from a $182 million loss 12 months ago. Rithm’s servicing portfolio’s unpaid principal balance totaled $498 billion on June 30, up from $496.9 billion in the first quarter and $305.9 billion a year ago.

Currently, though, Rithm’s attention appears set on exploring areas with more growth opportunities. “Pointing out that the capital and the origination business has shrunk, we can take excess capital there and deploy it in areas where we think our return on equity is going to be greater than as it relates to just originating and mortgage loans,” Nierenberg said .

One avenue the company has long talked about is making a greater investment in commercial real estate, which it continues to pursue.

“We’ll be making an announcement hopefully within the next couple of weeks to 30 days about a team or a partnership in the commercial real estate space,” he said.

Rithm’s news had little initial impact on its stock price before opening bell, but its value declined throughout the day. Trading under the new ticker symbol, RITM, which went live after the presentation, Rithm Capital opened slightly lower at $10.78, down 1.1% from $10.89 at Monday’s close. But by the end of trading, its value had fall over 6% to $10.23.

How Safe Are You? 17 Essential Safety Tips For Real Estate Agents

Blog Series: Investments in Real Estate for Purposes of…