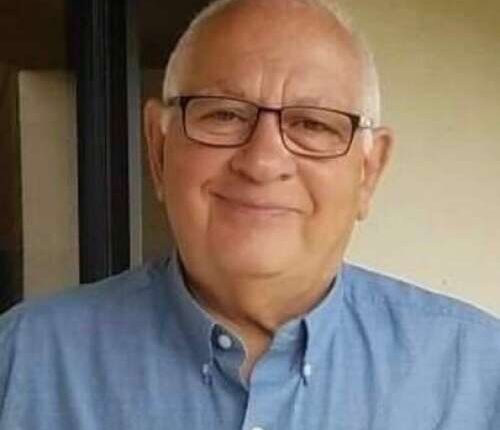 Ronald E. Schmoyer, 70, of The Villages, Florida, formerly Emmaus, died on August 19, 2021 at the Leesburg Regional Medical Center. He was the husband of Vera Isaeva and the late Carol A. (Keeler) Schmoyer. Born in Maxatawny, he was the son of Annabelle (Meck) Zibura.

He was a graduate of Penn State University.

He served his country honorably in the New Jersey National Guard.

He was a Boy Scout and earned the rank of Eagle Scout.

After moving to The Villages, Florida, he ran the golf courses and later worked as a real estate agent for ReMax.

He was a former member of the Macungie Minstrelaires and the Brandywine Minstrels.

He is survived by his wife; Mother of Topton; a daughter, Julie A. Nelson, of Wesley Chapel, Florida; Grandsons, Mckinnley and Rylie; a brother Larry J. and his wife Susie from Kempton; a sister, Donna and her husband, Gene Wagaman, from Mertztown; Nieces and nephews.

He regularly informed his employees that it was his goal to support the education of his grandchildren. Donations can be made to the Schantz Funeral Home, PC, to create an education fund for Mckinnely and Rylie who are college freshmen.