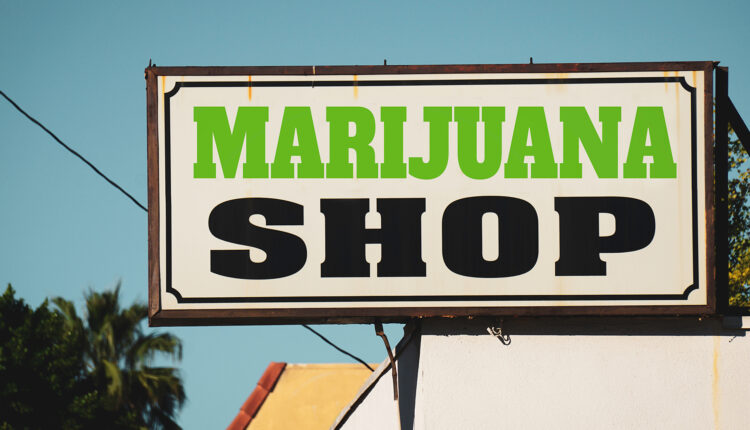 The past year has brought more cannabis legalization in the United States. But is legalization turning into greater real estate investment opportunities?

Two more states, Missouri and Maryland, voted in the November 8 election to make cannabis legal for adult use, making recreational marijuana use legal in 21 states, plus the District of Columbia and Guam. Adding states where medical marijuana is legal brings the total to 38.

As a result, the most recent Marijuana Business Factbook, published by Marijuana Business Daily, projected that sales for the legal US cannabis industry could reach $30 billion in 2023, which is triple the amount of total pot revenue in 2018.

Yet despite expanding opportunities for investment in cannabis-related real estate, sentiment among investors remains unfavorable due to ongoing downward revisions to revenue and EBITDA (earnings before interest, taxes, depreciation and amortization, a formula used to approximate the value of a business) projections by many of the cannabis companies, says Matthew Karnes, CPA and founder of Greenwave Advisors, a New York-based cannabis research and advisory firm. This downward trend is attributed to both the economic headwinds of rising prices and strong illicit market that provides a less expensive alternative for consumers than legal cannabis sellers, he notes.

Related: What’s the State of the Capital Markets for Cannabis Real Estate?

A recent report from Hoya Capital Income Builder Marketplace also cited stalled progress in federal legalization of cannabis, which has made a challenging fundraising environment even tougher; tighter monetary policy; and a 30 to 50 percent plunge in cannabis prices due to a flood of new entrants to the cannabis industry, as reported by Seeking Alpha.

Valuation of cannabis properties is complicated because a lot is contingent upon the timing of federal legalization, says Karnes. In general, both cannabis businesses and real estate are valued based upon projected cash flows, but the added nuance related to cannabis involves section 280e, or the higher taxes to which cannabis companies are subjected.

“The longer prohibition continues, the harder it will be for many cannabis companies to continue as a going concern due to the added costs of prohibition, most notably income tax,” Karnes says. Section 280e of the IRS code can have an effective tax rate as high as 70 percent, which has prompted a surge in distressed asset sales, he notes.

A few cannabis operators have recently backed out of deals to purchase New York licenses, including Ascend – MedMen and Verano – Goodness Growth, because following deal announcements, they realized that cannabis prices had dropped significantly, Karnes adds.

REIT investment as an option

Cannabis REITs, on the other hand, are appealing to investors because they pay dividends and are listed on a major stock exchange, says Karnes, but most importantly, REITs are not subject to Section 280e.

Cannabis REITs, including five public and a handful of private ones, are a primary financing source for cannabis operators and have delivered significant outperformance compared to broad-based cannabis exchange-traded funds over most recent and long-term measurement periods.

REITs effectively serve as “non-bank” lenders to state-licensed cannabis cultivators, which do not have access to federally regulated banks. Therefore, many operators rely on REITs for funding. Equity REITs acquire cannabis properties through sale-leaseback deals typically structured as triple-net leases with terms of 15 to 20 years, while cannabis mortgage REITs usually originate five- to 10-year loans collateralized by the underlying real estate, which stays on the balance sheet of the borrower. In both cases, the capital provided enables operators to build-out new facilities or expand existing cultivation operations.

But even this part of the industry remains challenged, according to Karnes, as the ability for some cannabis tenants to make lease payments remains questionable, which has prompted some investors to remain on the sidelines. For example, cannabis REIT Innovative Industrial (IIPR) reported in July that Kings Garden, one of its largest tenants with six leased properties, had defaulted on its second quarter rent obligations for a total base rent of $5.5 million.

As a result, access to and the cost of capital for these players has become more challenging and investment activity has cooled off somewhat, Fitzpatrick notes.

There are a few private cannabis REITs, such as Aventine Property Group, that have achieved scale and are making investments, he says, noting that these private REITs typically raise money from hedge funds and family offices, which take a longer view of the opportunity and can be patient through cycles. “As such, they may be able to continue to raise capital in spite of challenges with the public markets.”

The most desirable cannabis-related properties in today’s market provide the ability to scale and increase operating cash flow, according to Karnes. He also stresses that properties in states that adopt a limited-license model are the most popular among investors.

This framework, which effectively ties the license to the property, puts the real estate asset at the center of the business and grants the landlord significant protection from tenant non-payment, while also serving as a barrier-to-entry to new supply growth, according to a report from the Hoban Law Group.