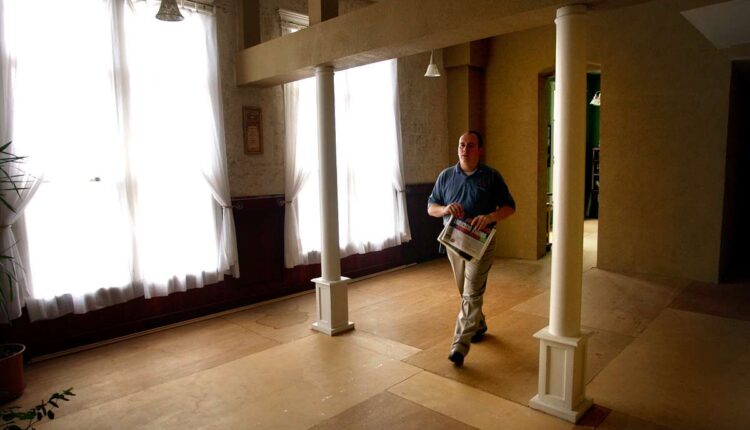 A local developer group has bought a historic hardware store building on the Westside, but remains silent on the details.

DSDG bought the 0.33-acre, two-story building from a group called Leprechaun West Commerce for an undisclosed price. The historic property was last valued at $ 851,770, according to the Bexar County Appraisal District.

The Estrada Hardware Store was an iconic Westside store founded and operated by Arnoldo Estrada on Dolorosa Street in 1934 when he was only 18, according to archived Express News articles. In 1955 he moved the store to the Commerce Street property.

Estrada also operated the 22-room Sterling Hotel until the 1970s. In 1999 he retired and his daughter Laura E. Gonzalez took over the business and renamed the store Estrada True Value Hardware.

According to another old Express News article, the store hit the headlines during the 1999 Y2K scare when people panicked and bought batteries.

Marc Gonzalez walks through the living room in the loft above the store, which was renovated in 2005.

Estrada died in 2002. His grandson Marcos Gonzalez renovated a 5,000 square meter room above the store into a loft for $ 100,000 in 2005. It wasn’t long before Laura closed Estrada Hardware in 2006 due to the changing environment with other companies and the University of Texas moving to San Antonio. Big box stores like Lowe’s also hurt business.

“The Westside and the nearby Westside are very important to us, and we want the historic buildings to be preserved and restored,” says Densler. “We look forward to doing this and getting involved.”

Densler did not provide any further details about the project. Because the building is of historic importance, the project must appear before the Historic and Design Review Commission.