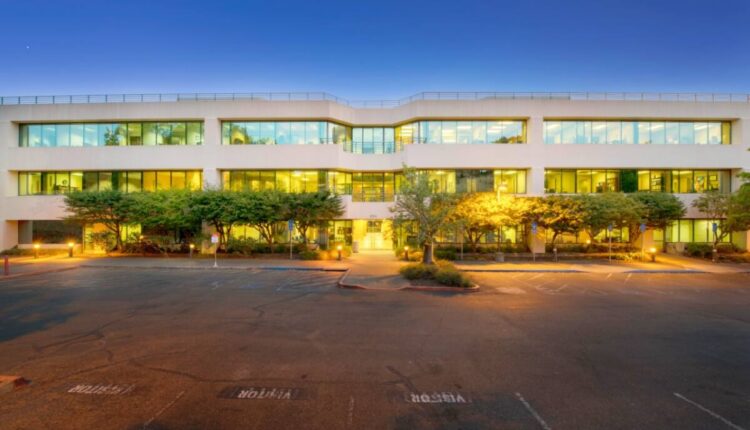 A million square feet commercial real estate investor from Santa Rosa has a new president as the company plans to increase the value of its portfolio by 50% by the end of next year.

The STG Group promoted Jim Ballard to President in November, and John Ziegler retained the CEO role since the company was founded in 1985. Ballard joined STG 15 years ago as director of acquisitions and leasing after serving six years as a commercial real estate agent in San Francisco for a brokerage firm now called Newmark. He was promoted to managing director seven years ago.

“We are definitely in the process of adding to our portfolio,” said Ballard. “We will continue on the path of success of the past, namely multi-tenant industrial, retail and office complexes. This business plan has made us successful over the last few decades, so we will continue on this path in the future. “

Today the portfolio is approximately 4.5 million square feet, primarily in the western states, including approximately 400,000 in the North Bay, from Petaluma in the north to Santa Rosa. Notable local holdings include the 60,000-square-foot Fountaingrove Corporate Center I office building at 3510 Unocal Place in the Fountaingrove area of ​​northeast Santa Rosa and a warehouse in town that housed Sports City’s indoor soccer and athletics fields until the organization moved in 2016 to the Epicenter entertainment complex in town.

The portfolio was recently valued at approximately $ 800 million and the goal is to grow holdings to $ 1.2 billion over the next 12 months, Ballard said.

“We’re in an aggressive expansion phase now, so we’re looking for projects,” he said.

And while STG hasn’t added to its North Bay property holdings in recent years, the company has grown elsewhere. After moving to the Denver area four years ago, the company expanded east again this year. Last spring and fall, STG purchased two smaller neighborhood malls – one 31,000 square feet and 90% occupancy at the time of sale and another 23,000 square feet and 70% occupancy – in the Chicago suburbs of Lake Barrington and Barrington, Illinois. STG has commissioned modernization of the sales area.

STG also bought nearly 249,000 square feet of flex and industrial buildings in the Skokie suburb on Chicago’s North Side that year.

“We have started to focus on remote markets that we see as a bit stronger,” said Ballard.

The Skokie Industrial Park purchase was attractive because it was a flexible building – light industrial with significant office space – in a tertiary market in downtown Chicago. And Barrington is an affluent area that results in stable tenants in real estate, Ballard said.

But the Midwest is attracting STG’s investment attention because that part of the US plays a crucial role in east-west trade and labor and materials are less expensive than on the west coast, he said. And the demand for last mile delivery of goods purchased online is increasing the demand for industrial equipment, Ballard said.

STG prefers to invest in the San Francisco Bay Area to keep stocks closer to home. However, the company’s most recent notable purchases in North Bay were 3510 Unocal in 2017 and 168,000 square feet in five Santa Rosa office buildings by architect-developer Larry Simons in 2014. STG has not been actively involved in industrial buildings in the hot regions of Napa and Solano because the competition among investors there is “strong”, said Ballard.

The company has a subsidiary that takes care of real estate, STG Asset Management. Occupancy rates across the portfolio have been over 90% for the past six years, including during the pandemic, Ballard said.

“We have had a dialogue (with our tenants) to understand their problems and how we can help,” he said.

Jeff Quackenbush covers wine, construction, and real estate. Prior to the Business Journal, he wrote for the Bay City News Service in San Francisco. He graduated from Walla Walla University. Reach him at [email protected] or 707-521-4256.

Should You Keep Your Money in the Bank or Invest In Real Estate?