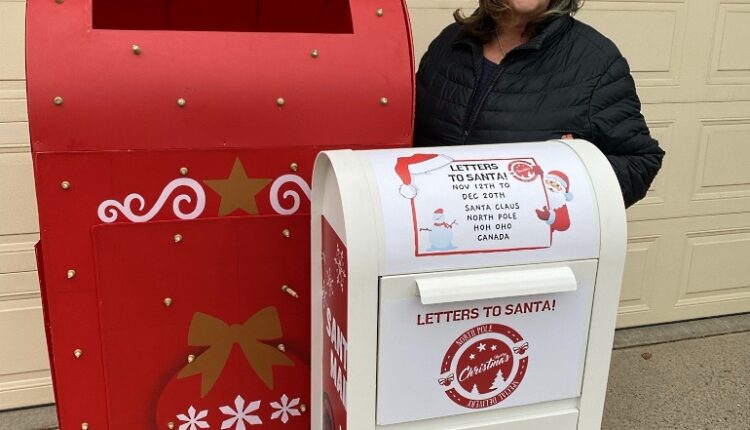 Imagine receiving a personalized letter from Santa himself? This will be for young children in Strathmore and students in grades 1-3 of the ward attending Letters to Santa in Strathmore this year.

One of Santa’s helpers, Debbie Mitzner from ReMax, explains how the campaign works.

Mitzner and the people at Strathmore Sobeys work together to make sure letters are sent on time.

Mitzner stated that she thinks it has been about five years since children in the area took part in a campaign for letters to Santa Claus. This year she teamed up with Strathmore Sobeys and now children can visit the North Pole mailbox in Sobeys during regular business hours and receive a letter back from Santa Claus.

“We also partnered with schools and grades 1-3 because they have a creative writing curriculum. They’ll do it with classes too, ”she said.

When asked why she wanted to work on this community project, Mitzner said, “A) it’s magical and B) I did it as a child.” She explained that her children also wrote letters to Santa Claus.
“We’re just giving back to the community, we got the feeling that Strathmore wasn’t there and Sobeys jumped on board, and they decorated it really nicely with gifts. There’s a box on the front doors of the shopping trolleys, ”says Mitzner.

To participate in Letters to Santa, children should drop their letters on The North Pole Mailbox at Strathmore Sobey’s. No postage is required.

To get an answer before Christmas, children should post their letters to the North Pole by Monday, December 20, 2021. You should also include a return address in your letter. Everyone who sends a letter receives a reply with a Santa Claus stamp. Letters received after December 20, 2021 will be answered by Santa Claus after Christmas.

For more information on Letters to Santa, visit ReMax’s Debbie Mitzner on Facebook.