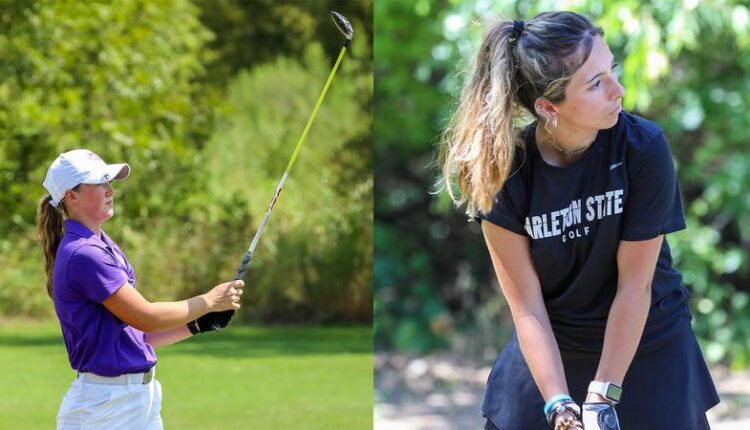 HUNTSVILLE, TX – The future is bright for the Tarleton women’s golf team, that much was clear from their second tournament of the season in Huntsville, Texas.

The Texans’ two newcomers, Elle Fox and Rebeca Fernandez, sat atop the team leaderboard at the Remax Prime Properties Bearkat Invitational at Bearkat Course Monday-Tuesday, helping boost the team to one of its best performances over the past three seasons.

Fox rebounded from a tough start to the tournament to finish tied-17th individually at +13, shooting 81, 73, 72. The Mississippi State transfer bested her first tournament score by five strokes, thanks to a +3 36-hole effort to close the Bearkat Invitational.

Throughout the tournament, Fox excelled on Par 4’s, going +3 overall for an average score of 4.11. She had a rather unorthodox +1 third round, focusing on holes 10-13. She made three straight birdies to start the stretch before running into a quadruple bogey on No. 13 that played spoilers to a potential round in the 60’s. Otherwise she made 14 pars in the third round.

On Par 3’s, only one person performed better at the event than Fernandez, who shot -1 overall for an average score of 2.93.

Tarleton has a quick turnaround and will take this momentum to Lakewood, Washington, for the Pat Lesser Harbottle Invitational at Tacoma Country and Golf Club, hosted by Seattle U, this coming Monday-Tuesday.