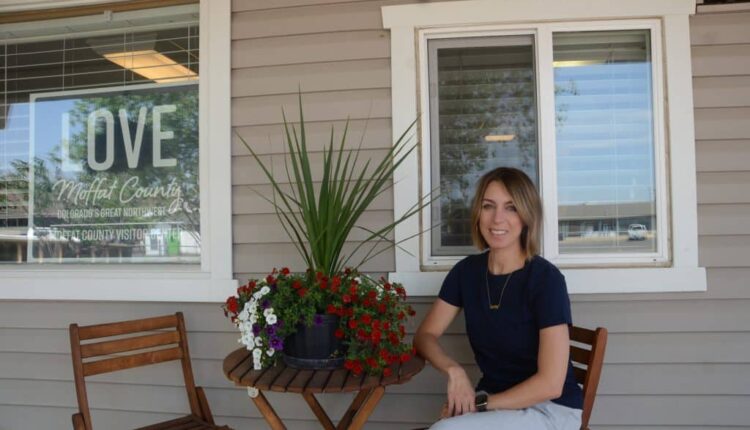 There’s a new realtor in Craig with Remax

Newly licensed real estate agent Kelly Gorham has been in Craig for five years with her husband and three kids.
Amber Delay/Craig Press

Gorham just got her real estate license this past Friday. She said that so far, she has been listening and learning.

Now that Gorham has joined the Remax team, there will be three licensed realtors in the Remax office, including employing broker Janalee Adams.

Adams said having Gorham on the team will bring a fresh perspective. Since Gorham moved to Craig five years ago from Louisiana, she knows what new people coming to town might be looking for in the Craig area.

According to Adams, the office has been busier than ever with a lot of buyers who are new to the area.

“Craig is different from what I was used to,” said Gorham, whose husband is originally from Moffat County.

The two met in Louisiana, and Gorham said it came as a shock when her husband found out he got a job that would land their family in Craig.

Gorham said in the South, people just don’t move away from their families, and she is very close with hers. But she added that she always knew in her heart she would move away. Plus, she enjoys trying new things and loves adventure.

Getting into real estate will be the next new adventure for Gorham, but she is excited to learn and grow doing something new.

“It’s a new journey,” Gorham said. “It’s a little bit out of my comfort zone and different from my background.”

Since 2007, Gorham has been a hair stylist and she intends on keeping her license and practicing on the side. With years of experience in the field as a stylist, Gorham also taught for the cosmetology program at Colorado Northwestern Community College. For the past four years, she has also taught dance at the Just Dance studio.

With three kids, Gorham said life is pretty busy most of the time, but with a little practice, she believes her new vocation will come like second nature.

It’s a different realm of knowledge from the work she’s previously done, but Gorham has always been interested in learning more about this field.

“I constantly find myself looking at homes,” Gorham said. “I like knowing the market and going to open houses.”

Gorham said she appreciates helping people find a home. She knows how important having a home is and still remembers her first home where all three of her kids had their first birthdays.

“It’s a safe place where you can always go and find happiness,” Gorham said.

The Remax office deals with all kinds of real estate, but the listings are primarily residential. To connect with Kelly, email [email protected] or call the office 970-824-7000.